An interview with Luke Henke 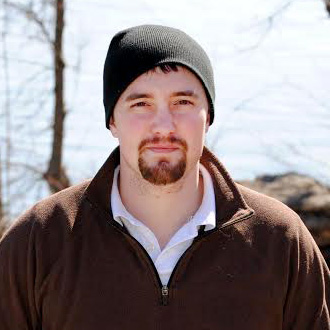 Luke Henke is passionate about growing students into young mathematicians and leaders. He teaches algebra through calculus in high school and also for a local community college. Coaching math team, cross country, and track allows him to stay below the obese level according to his Wii Balance Board. He is starting his doctorate in educational leadership while also enjoying spending time with his wife and newborn son.

Thanks for talking with us today, Luke! To start, tell us a little about yourself as an educator and what classes and grade levels you teach.

I have my Bachelors of Science in education and mathematics in 2008. I stuck around and got my Masters in pure mathematics in 2010. I ended up teaching middle school for three years and then moved up to the high school I now teach at now. I teach algebra, precalculus, and calculus.

How has Classcraft affected your classroom?

It really gives students a way to visualize their progress in class. It also engages them outside of the classroom, which is awesome. To make students even look at a book or their homework outside of the classroom can be very difficult, but when it’s all online through Classcraft’s learning management system, it makes it a lot easier for them to check homework and ask questions of each other and of me.

That seems useful, especially with math, where they might have more questions as they do their homework.

Sometimes kids go home and they don’t have anyone nearby. I work in a rural school district, and there are a lot of students who live outside of town. They can probably text their friends, but that’s not really good for getting math help. I can post their assignments, put a picture on there, put a short video, I can link to Khan Academy … I can do those sorts of things so students have ready-made resources at their disposal.

Has Classcraft changed your students’ attitudes toward math in any way?

Yeah. I’ve been reading through Lee Sheldon’s book on storytelling, and it says that the three main components of a good story are that it takes the person to a new place, allows them to be someone they could never be, and lets them do things they could never do before. So [in Classcraft], students are able to create an avatar that allows them to be someone else, and they can visualize the math portion of it by gaining experience points through homework, quizzes, tests, or reviews.

They’re able to use the special powers that they gain for their character to basically take down one of their biggest foes in life, because it seems so many students have a dislike of math. They’re able to conquer their fears through their character even though they themselves might not have viewed it as conquerable before.

So it seems like it makes students feel more capable.

Yeah. Especially with the avatars. By accomplishing the work, they have a direct visual component to allow them to see that when I do this, it really does have an impact. Especially with math, I always get the question, “When am I going to use this in real life?” So it actually makes it a little more real for them, which is really good. Because sometimes they have a hard time seeing that.

Why would you say students struggle with math more than other subjects, and what can we do to alleviate that?

There’s a big issue in our society where we have this stigma about how math is this set-in-stone idea. Dr. Carol Dweck has just issued a lot of research about our mindsets and the ability for our brains to grow, that they’re not set-in-stone. And when we make statements like, “I’m not good at math,” it puts us in a mindset where we’re not going to do well at math because we have that idea.

Our parents perpetuate this, and even our teachers do — “that student’s really good at math.” Well, that actually puts a stigma on them that when they don’t succeed, they begin to think, “Maybe I’m not good at math,” so then they have a negative attitude toward it.

We have to make math more applicable to their lives. We can engage students as learners and teach them those lifelong learning skills, and that’s good. But not every student is going to reach that point quickly, and the way that we get them there is by integrating application into our topics whenever possible. They see that within science and how it directly affects their world. They see that with technology — they have it in their hands and in their pockets every day. With engineering, they understand how it’s necessary to have these engineers that are building, constructing water treatment facilities, and taking care of our utilities.

But with mathematics, it’s a discipline purely in and of itself. It’s integrated in all of those, but it’s unique because it’s not a direct application in most cases. If we transition to more application, I feel that’s going to make the difference for mathematics — showing students how it is science and technology and engineering.

It’s interesting that math is listed last there [in STEM]. It’s actually the first, as it’s most foundational. But we focus so much on the foundation, we forget the bigger picture of the entire blueprint that we’re trying to build with the student.

Have you made any changes in the game to customize it for math class?

I’m pretty sure that next year I’m going to be using the random events more specifically as a random selector of review materials, and maybe quizzes. It could be a math history lesson. So kind of a selector of the intro activity, and then I’ll also have another setup for brain breaks. Students need to get up and move every 10-15 minutes in the classroom. They say your attention span is only as long as your age, so it’s really hard for students to concentrate.

I teach in a block schedule over long periods of time, and using the random events is a great tool for that just to break them out of that comatose shell they might try to slip into. And then we can jump right back into the math.

What advice would you give other teachers who are thinking of using Classcraft with a particular class subject like math?

As teachers, our primary goal is always to build positive relationships with students. With upward of 90 percent of your students having a mobile device and engaging in mobile games, they have an understanding of games already. So you’re bringing the classroom to their level. Even though you're not changing anything, you’re engaging in a medium that allows students to see directly how their learning is helping them grow and change through hard work and effort.