An interview with Laura Trauth

Below is Part 2 of our interview with teacher and Classcraft ambassador Laura Trauth, who teaches at the college level both in the classroom and fully online with students.

Laura Trauth has been a total geek since childhood, from seeing The Empire Strikes Back 10 times in theaters to playing Dungeons & Dragons during lunch in high school. She has a PhD in modern European history and Master’s degrees in humanities and geospatial information sciences. In her spare time she reads comic books, hikes, gardens, and plans out more ways to gamify her classes.

How do you use Classcraft with your fully online courses? Has it been beneficial to that setting?

I’ve had to adjust things a little more. My students love the daily random events, like naming three spaghetti Western films, but you can’t really do those in an online class because they’d just Google spaghetti Westerns and email you the answers.

The other thing I’ve discovered is that Classcraft worked amazingly well in the winter. It was a three-week long, three-credit class. It was astoundingly fast. The students got really engaged, they worked as teams, and I think only one person dropped. No one failed, and not only did no one fail, no one even got a D. They all earned a C or better. It was beautiful.

When I hit the spring, now I have a 15-week class. And I discovered that there was a completely different problem. Classcraft isn’t going to engage the students if they’re only logging into their class once every two weeks. And that’s what they tend to do in the 15-week spring [class] ... and then of course they become very disconnected with the class and disconnected from their teammates.

So what I realized partway through the semester is that I can use Classcraft to motivate them to log in more regularly. So I’ve been changing the daily random events. So instead of, “All Healers take 10 health damage today,” I’ve changed that to, “All Healers take 10 health damage today unless they log in and post something about ancient medicine on the study blog.” Or instead of, “A random team gets 100 XP today,” I’ll say, “Everybody who logs in and shares their favorite study tip gets 100 XP today.”

In the fall, I’m looking forward to trying it from the start to see if I can keep those log-ins at a higher level by giving them those little rewards ... . We’ll see how that goes, but I’m very optimistic, given the little bump I saw in log-ins this semester, that I can also use Classcraft to motivate the online students to log in more. Once they log in, then they start looking around the class, then they start interacting with their classmates, they post on the blogs, that sort of thing. The danger is them getting so busy with their lives that they don’t ever log in.

Overall, how have your students — both online and in the classroom — responded to Classcraft?

Most of my students are in their 20s or early 30s. A lot of them play computer games; some of them have young children. A lot of them like superhero movies, and their children like superhero movies. So by and large, they have really taken to it. I’ve had a few students leave my class and then go to their math class or their English class and tell their teacher, “You should be using Classcraft like Laura does.”

I had one person work with a friend who’s at a local four-year school, she was getting help in her math class from this friend who’s a physics major, and she told him about Classcraft, and he said, “This is amazing! Every teacher should be using it.”

They like the fact that they have ownership over things. They don’t have to come beg me for an extension or for a chance to rewrite a paper. They just know, “I’ve earned it. I can use it.”

How else have you seen Classcraft help your students?

The other group that I’d say is a big success so far are my athletes. Student athletes in college always struggle because they have to make tremendous commitments to their sport — practicing every day, traveling for tournaments. The classic student athlete is a person who’s really good as a jock but struggles academically, and certainly that stereotype

has been true to some extent for me in the past, in that a lot of my student athletes have struggled to attend class regularly and keep up with the work while they’re trying to do all these other thi

But this past couple of semesters, my student athletes have done much, much better. This semester I only have two, but they’re both in online classes, which made me worry. Both of them are acing their classes. And last fall, they did better than usual too — As and Bs. I think it’s because they get the competition aspect and the need to work with a team.

Do you have any advice for other teachers who may be thinking of using Classcraft with college or online classes? What’s important for them to know or keep in mind?

Classcraft is definitely one of the biggest-impact things I have tried. Just for the amount of time I’ve been trying it, I see more difference in my students than just about any other activity or approach I’ve worked on in the past [21] years.

My first advice is to meet your students where they’re at. It’s going to fit better in some schools and some settings than others. If you’re teaching advanced pharmacology, it might not be as good a fit as if you’re teaching these college freshmen. The issue is they have extrinsic motivations, not intrinsic. They haven’t reached the point yet where they say, “I love learning. I’m going to take a history class.” They’re at the point where they say, “My parents said I gotta get a degree or move out of the house, and I kind of like computers, so I think I’ll go into computer science. But now I have to take this history class.”

My best advice would be, don’t be afraid to experiment, and don’t be afraid to trust your students when you do. So try the game. Give it a shot. And get your students’ feedback on what’s working and what’s not. If something isn’t working, change it. Your students are your best collaborators in Classcraft. And that may be the greatest advantage I see from it: It gets rid of the adversarial relationship between the student and the teacher. “I’m here to beat you and get an A” becomes “I’m here to beat the game, to best myself, to reach new heights in my achievement and get an A.” 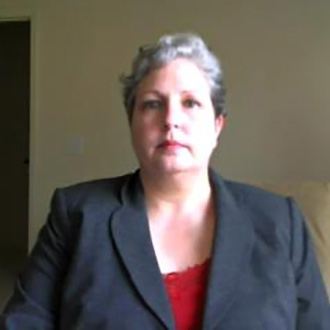