An interview with Jeroen Heremans 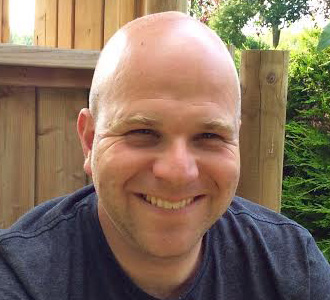 Jeroen Heremans teaches Dutch, English as ESL, and history in the 3rd and 4th year of secondary school. He’s been teaching for 10 years and started his blog last year with geeky suggestions and lesson ideas. In addition to teaching, he’s an improv actor and gives workshops on “Improvisation and class management’” and “Improv Class for Teachers.” Jeroen is the main contributor to Classcraft's Dutch translation.

Thanks for talking with us today, Jeroen! To start, tell us a little about yourself as an educator and what classes and grade levels you teach.

I’ve been teaching for 11 years now. I teach history, Dutch, and English as a second language. I don’t know how the American system works, but we have six years of elementary school and six years of secondary school, and I teach in the third and fourth years of the secondary school. So most of my students are between 14 and 17 years old.

Can you give us a snapshot view of what education is like in Belgium?

So in the General stream, we teach languages, economics, mathematics, science, et cetera. In the Technical stream, we also have those subjects, but science is more like industrial or biomedical science, or computer science. So it’s more practical than the general stream. And then you have the Professional stream, where they have a lot of practical [career] lessons, for technicians, factory workers and even nurses.

What made you decide to use Classcraft? How does it work with your goals as a teacher?

The way I learned about it was while doing research for my blog. I was looking for geeky stuff on the Internet that teachers could use. I actually can’t remember where I found Classcraft, but it was when it was just starting and they were looking for teachers who wanted to test the beta version.

I started by testing it out for four weeks. I was already into role-playing games, and I liked how students could level up and the powers they could unlock. I really wanted to give it a try, so I did. And My students were very enthusiastic [when we started playing].

I’m still enjoying Classcraft. I had my last lesson with my English class today, so I ended by asking my students, “What did you think of Classcraft? Did you like it, and do I need to do it again this year?” There was only one thing they didn’t like, and it was the power to open or close a window. [Ed. Note - Powers like these are customizable by the teacher!]

… They said, “Yeah, you should definitely keep doing this. The random events are fun; sometimes they’re a bit strange, but it’s OK because it’s you who’s teaching us.” It definitely meets my goals because it keeps my students motivated.

What kind of customizations did you make to the game? What did you like?

I’m thinking of changing the “Hunting” power … Students can’t eat in [our] school, in classes or in the hallways. So it was a big, big privilege, and it was only a Level 1 power. So if I would use it again I would move it down the ladder or give it something extra.

Other modifications were the events of the day. Not every event appealed to me, and I also wanted to do something different. … I definitely used the online classroom, the LMS [learning management system]. I really, really liked it. There are some updates coming, so I’m very interested in that.

It’s so manageable. You can reward them with Experience Points (XP), with Gold Pieces (GP). You can set a clear deadline. There’s a time stamp, so you can say, “Hey, you’re too late, or you’re too early.” There’s this thing where they can respond to each other [in the comments], and I can respond to them. They can ask me something when they are not in my classroom. And it worked. They liked it. They thought it was clear what they had to do — there was the assignment, their homework, they could upload their homework and didn’t have to print it because their dog always ate it. … It did the trick for them.

Would you give any advice to any other international teachers interested in using Classcraft?

The very short answer is just try it, because it’s worth it. It’s a very interesting system. It works in a world that students are familiar with. It looks great; the artwork is fantastic. It seems like a lot to manage, but once you’ve tried it or had a small introduction from someone who knows it, it’s really not that difficult.

… You have to remind yourself that when starting, [the students are] only Level 1. They only have one power. It’s very manageable. And they don’t use their powers every minute; they use their powers maybe three times in a lesson. And the first powers they have, you can only use them once every lesson or two. So it is manageable.

You [learn how to use] Classcraft together with your students, so that should comfort some teachers who want to try it. It’s a very, very interesting system that I really love.