With its focus on human motivation, gamification can have a positive impact on our lives, from school to the workplace. Many educators are already using game elements to boost student engagement, track progress, and enhance the learning experience. Successful video games are linked by their ability to connect to certain core drives that motivate us in different ways. That’s the finding behind the Octalysis Framework created by Yu-kai Chou.

After more than a decade of research and study, Chou create the framework to analyze and build strategies around the systems that make a game fun. Designed as an octagon shape, Octalysis is broken down into eight main core drives that motivate the players toward particular activities. 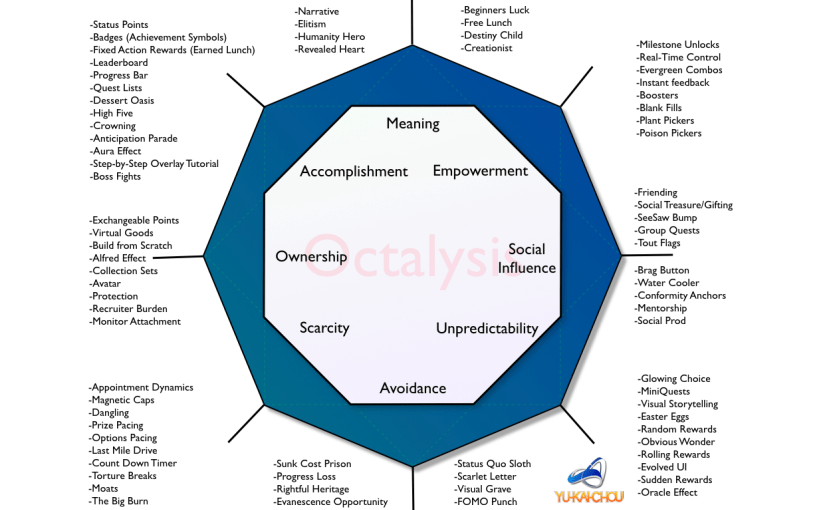 Let’s explore these eight core drives and see how Octalysis applies to some games, as well as how you can use these principles to bring gaming into the classroom.

You can watch Classcraft’s webinar with Yu-Kai Chou on the Octalysis Framework below. 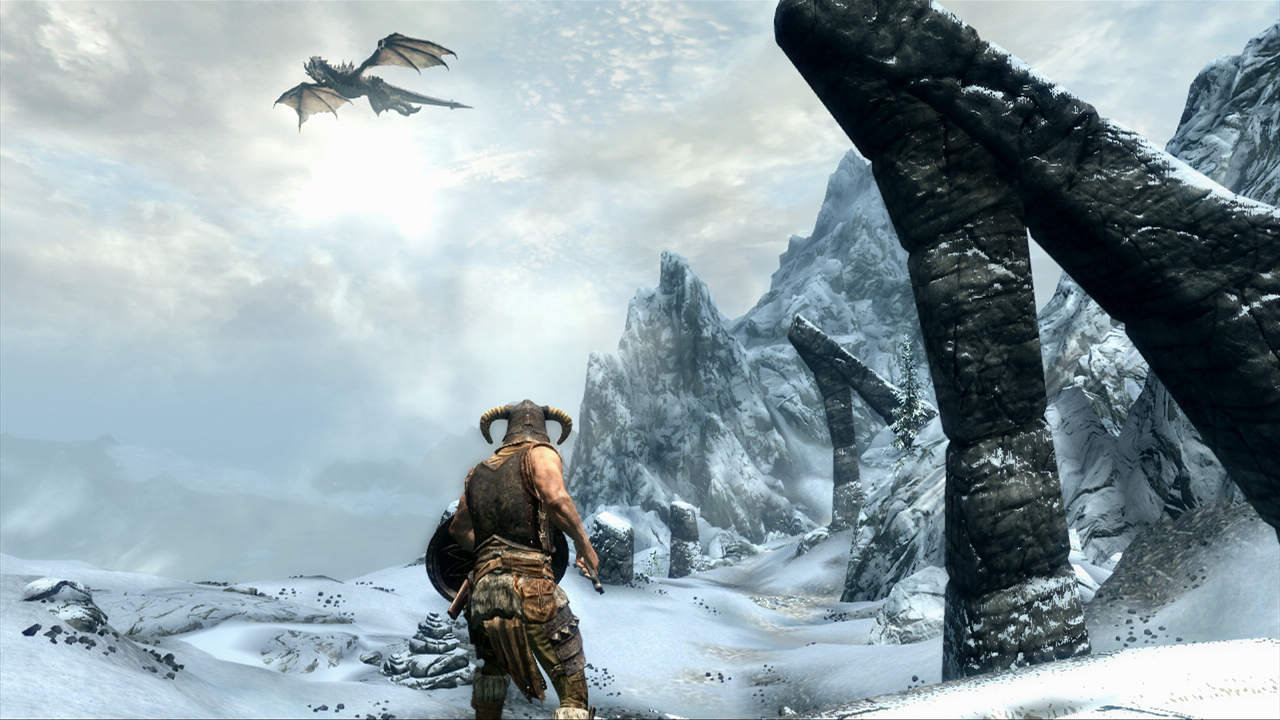 The Epic Meaning and Calling drive is seen when people are motivated by the belief that their actions have a higher purpose. It’s a powerful drive to do something that is greater than yourself. This drive is triggered often in games when you, as the player, have to save humanity or the world.

When teachers find a way to tap into this drive by connecting kids to the collective success of the class, it can change the social dynamic in their classroom. One way to do this is to have students help each other or find activities that turn the classroom into a team sport. When kids learn to depend on and help each other, they start demonstrating prosocial behavior.

The open-world fantasy epic, Elder Scrolls V: Skyrim, is a story-driven role-playing adventure experience. The primary goal of the game is to defeat Alduin, the first dragon, prophesied to destroy man and consume the world. Quests throughout this massive game are interconnected to the main storyline, but your character’s primary goal is to slay the dragon and save mankind. 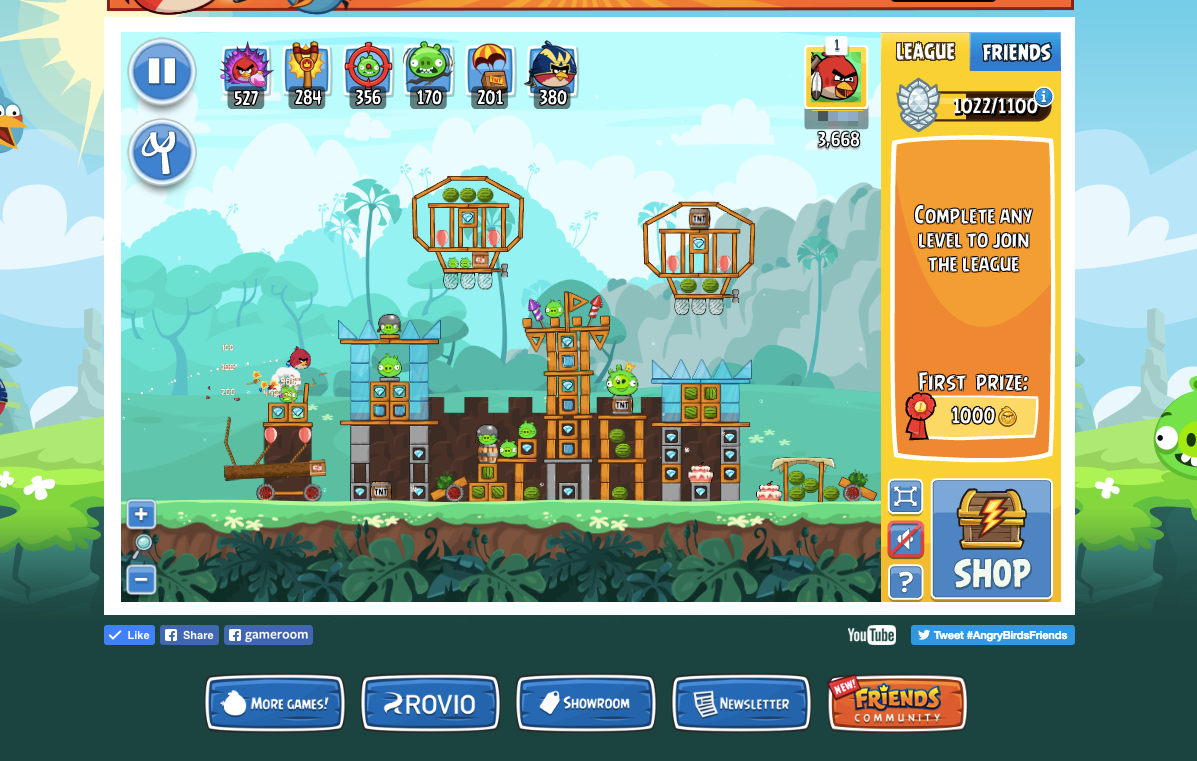 You likely first experienced the Development and Accomplishment drive in kindergarten when you earned gold stars for good behavior. Getting one star might not have turned into a real prize like an extra cookie at lunch, but it probably encouraged you to earn more stars.

This drive makes us want to make progress, develop skills, and overcome obstacles. In games, it motivates players to complete missions, defeat bosses, or conquer challenges, which gives meaning to the points, badges, and leaderboards they earn. Badges, like gold stars, are useful tools, but as we grow, they only have value when uniquely earned as a result of overcoming obstacles.

Since our brains have a natural desire to feel progress and see growth, visual representations of advancement, like a progress bar or leaderboard, are incredibly motivating. If you want to leverage this drive in class, try focusing on how you want students to feel about assignments, challenges, or lesson plans and give them a visual way to see their achievements.

Angry Birds Friends is a simple puzzle game that taps into this drive. Players fling birds to clear away pigs and objects with the aim of getting the highest score. By collecting three stars for each of the six-level weekly tournaments, players feel accomplished.

The game further exploits this drive by advancing players who landed high scores in the weekly tournaments when competing against their friends and other players around the world. Separate in-game rewards can be earned depending on the player’s rank among their friends and in the league. The top three winners each week earn Bird Coins, an in-game currency that can be used to purchase power-ups or slingshots. Players return to the game to conquer new maps and maintain their position on the leaderboard. Missing a game drops a player’s rank. 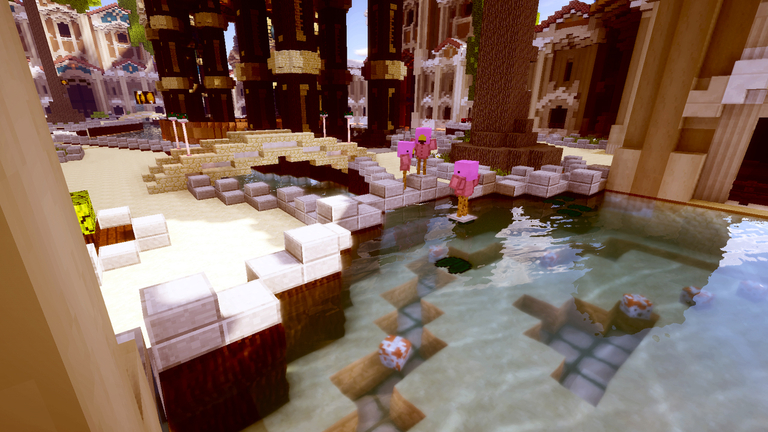 This drive celebrates autonomy and self-expression by engaging players in a creative process where they have to problem-solve or puzzle-solve in different combinations. Using strategy to advance in a game gives meaning to a player’s choice and allows them to feel in control of the gameplay.

When students feel their voice matters, they want to be included. There are a number of ways to help kids develop their autonomy and self-expression in the classroom. Try brainstorming a solution to a problem, debate a topic being discussed in class, or let students vote on a class decision, like the layout of desks. At the end of a unit, invite students to share their opinion with a survey. Ask them what they enjoyed and what they didn’t.

Minecraft’s creative and building aspects tap heavily into the Empowerment of Creativity and Feedback drive. In this construction game, players let their imagination take the lead as they build and break a variety of cubes in the game world. In the PC version, players can even create new mechanics, items, and assets for the game.

The game gives players a number of ways to build their own worlds and explore spaces created by other users. Each of the four different types of gameplay provides them with a chance to use creativity, imagination, and strategy. 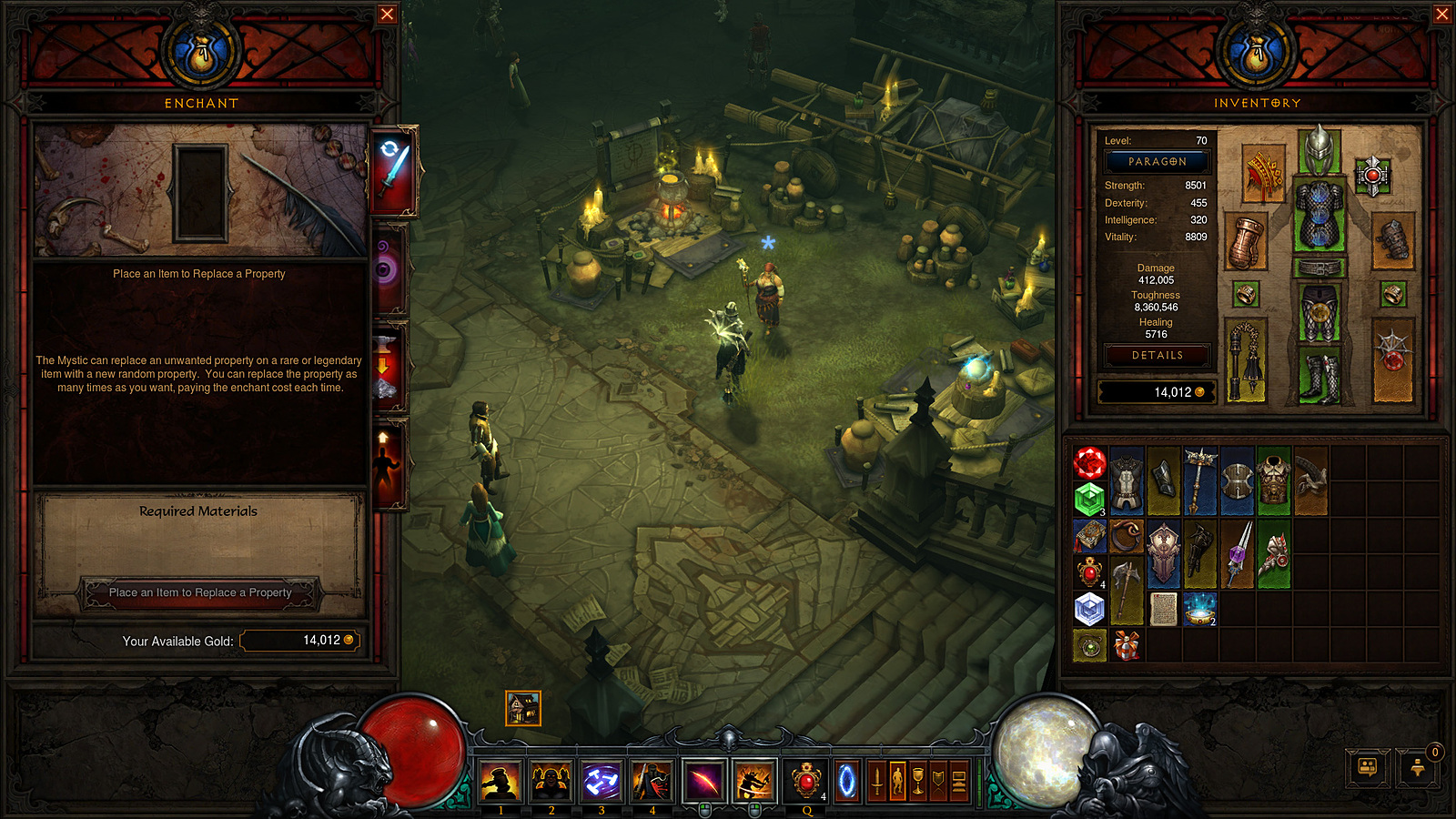 People are generally motivated to own something and want to protect it. In the game world, that sense of ownership comes in the form of avatars, virtual goods, and virtual wealth. And the more they have, the more they are motivated to improve on it.

In the classroom, this drive is seen when students are empowered to take control of their education. This can be done by giving students choices over what kinds of assignments they complete, having them contribute test questions, or allowing them to grade themselves.

Diablo allows players to customize their avatars and upgrade their armor with every level they advance and in exchange for loot collected. In all three versions of the game, equipping better armor and special items like amulets increases the character’s abilities and skills, and of course, it makes the avatar look pretty cool. Players can also find rare and special armor, items, and weapons in the game. But with a limit to how much weight a character can carry, players find themselves struggling to decide which items they should drop or sell. 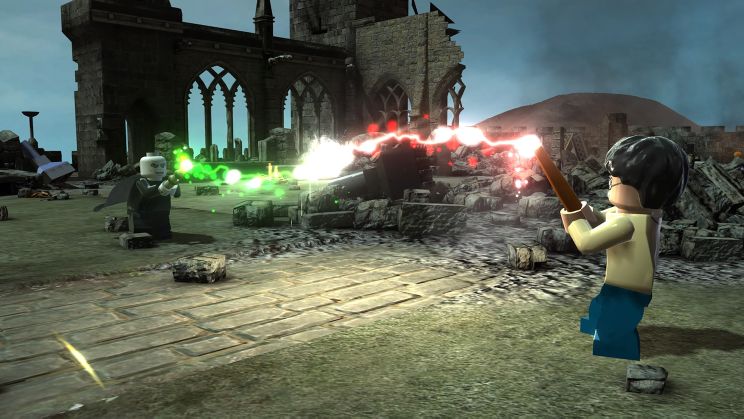 This drive incorporates the social elements related to activities inspired by what other people do, think, or say. It’s what powers things like mentorship, social responses, companionship, envy, and collaborative play.

It can also be a powerful competition mechanism. When people brag about and tout their achievements about an activity or game, it can inspire others to be more active or to join. Just like the gold stars you earned in kindergarten, in-class rewards can also be a powerful motivator and encourage healthy competition. In middle or high school, creating a competition that turns positive attendance, behavior, and academics into points for real rewards, like a pizza party, naturally appeals to a student’s competitive nature.

The Relatedness aspect of this drive triggers things like attachment to emotional associations and the feeling of nostalgia. It’s why we tend to buy products that remind us of our childhood or hometown.

Almost every kid has built and deconstructed countless Lego structures, alone or with friends. The timeless building blocks ventured successfully into a series of video games — 67 to date — that leverages social relationships with two-player co-op. Lego has also managed to kick player nostalgia into high gear by incorporating themes of other childhood favorites like Batman, Avengers, Harry Potter, and Star Wars. 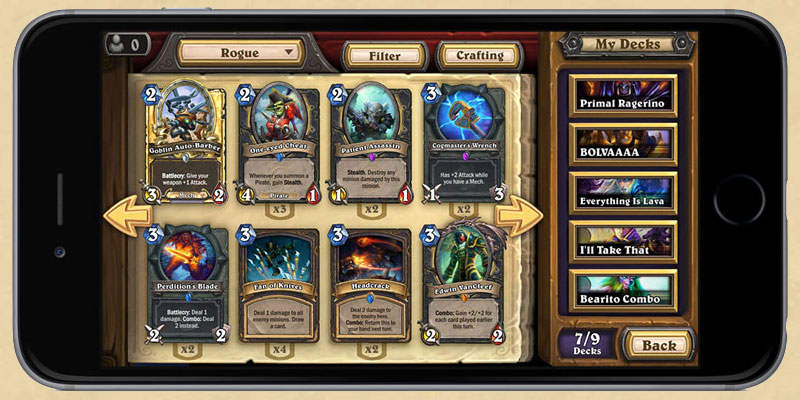 This drives us to want something simply because we can’t have it or it’s difficult to get. In games, the rarity of an item adds value and drives players to continue playing. Returning to games for a reward also feeds this drive.

When used strategically in the classroom, this drive can generate a sense of excitement, curiosity, and competition. This can be done by giving students a limited amount of time to tackle a challenge, offering a reward to the first few students who complete an assessment, or letting students earn privileges through a reward card.

Hearthstone appears to be an easy strategy card game. As one of the heroes of the Warcraft universe, players collect cards that can be used as effects, minions, spells, and weapons. The aim is to build powerful decks that can take down your opponent. Large numbers of cards are introduced through expansions, released three times a year. If a player misses out on cards, they can take their chances and wait or purchase decks for real money. 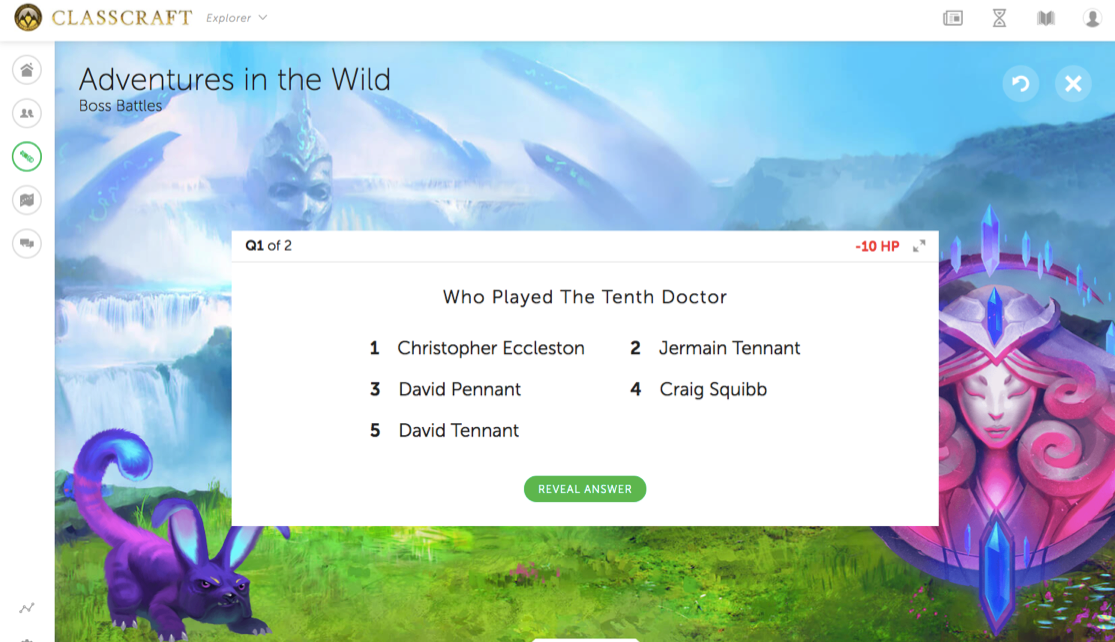 This is the drive you have when you are intrigued and want to find out what happens next. Games are more interesting when a player doesn’t know what will happen or when something doesn’t fit into a pattern you recognize. Sparking student curiosity, interest, or inspiration can energize engagement in the learning process.

Classcraft brings the element of surprise to the classroom with features like the Wheel of Destiny, Boss Battles, and Random Events that can be customized to each class.

The Wheel of Destiny lets teachers randomly select students or teams. Its unpredictability as it cycles through students or teams keeps kids on their toes! Boss Battles are a fun way for kids to review for tests as they answer questions to defeat the bosses. Teachers can create their own quizzes, select the boss, and decide the amount of the penalties and rewards.

The Random Events feature appeals to both unpredictability and curiosity by generating, as the name implies, random events that can be customized to be fun, serious, or silly and last as long as the Gamemaster (teacher) wishes. The effects from some game events have included “Courtly Manners,” requiring the class to address each other as “Milord” or “Milady,” or “A Pirate’s Life for Ye,” requiring a player to speak with a pirate accent. 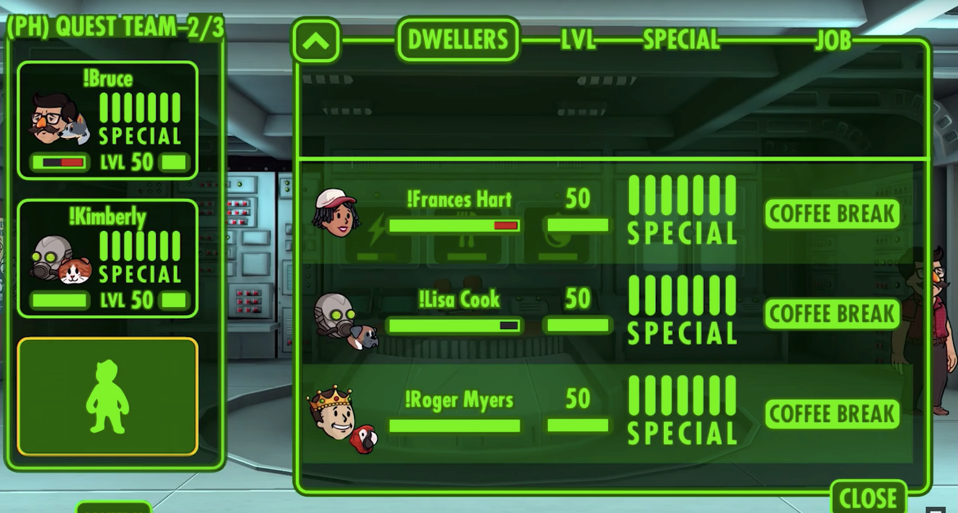 Loss and Avoidance is the drive to keep away from something negative. In games, the risk of losing a character’s progress or points keeps players motivated to continue playing. It also prevents them from quitting a game because they don’t want to feel their time and efforts have been wasted.

Interestingly, the aversion toward loss is seen both in students who perform well and those that perform poorly. Students that focus on performance goals tend to be motivated to do well to avoid failure.

But for other students, the perceived threat of failure can cause them to avoid tasks, hand in incomplete assignments or even miss class. Even when they experience success, they may think of it as a fluke. Reframing potential failure as an opportunity to learn and grow can help students feel less anxious and show them how to give themselves permission to learn and improve.

Fallout Shelter turns players into overseers of the citizens — or dwellers — of their vault in a post-nuclear life. The player’s mission is to keep their vault running and growing by guiding the dwellers while balancing resources such as food, water, and power.

Taking a break from the game for a few days can result in your shelter being damaged by fires or attacks. Any dwellers sent off to explore the wasteland during your absence may experience damage and will continue to explore until they die. You can bring them back, but since it’ll cost in-game currency, players are motivated to play often.