Visually, RTI can be modeled as a pyramid. At the base is Tier 1, followed by Tier 2 and 3. Each level was created to help students according to the level of support they need in order to succeed academically.

Tier 1 of RTI is the broadest and most populated tier, comprising about 80% of students. The end goal of any RTI initiative is to get as many students as possible placed within Tier 1. Students in this tier show academic performance that is in line with the expectations and standards of their grade level. They recieve general instruction and do not require the individualized or intensive supports that are necessary in Tier 2 or 3.

As long as students continue to make appropriate progress throughout the school year, they generally remain in the first tier of RTI. Only if they begin to show persistent and significant signs of struggle with their academic performance should they be moved to another tier.

Students identified as needing Tier 2 interventions struggle to succeed academically when only using traditional teaching and support methods. These students do not require intensive support systems, but will likely benefit from a targeted learning environment with more direct attention. This is the middle tier of the RTI pyramid and comprises about 15% of a typical school’s student population.

Students in Tier 2 of RTI rarely need one-on-one support and are instead supported through small group interventions that provide them the level of attention needed to improve their performance. By breaking up a classroom into smaller groups, educators are able to provide Tier 2 students more targeted instruction without using school resources on approaches that are more intensive than necessary.

The smallest tier rests at the top of the RTI pyramid and comprises about 5% of a school’s student body. It consists of students who need targeted, intensive support in order to improve their grades. These students struggle quite a bit in keeping up with their peers and often require one-on-one sessions to improve.

When approaching interventions at RTI Tier 3, it’s important that you be accommodating and patient. Each student learns in a different way and at a different pace, while experiencing their own individual challenges. Experienced specialists will help to provide the best support to each student in this tier. It’s also important to continuously monitor and assess students in this tier to ensure that your interventions are effective at improving student performance.

The first stage of RTI involves an assessment process, wherein standardized tests are used to place students into their corresponding RTI levels. The practice of utilizing standardized tests for placement is the best way to level the playing field while ensuring that each student receives the time and attention they deserve.

Once you’ve assigned students into their respective tiers, it’s time for the intervention phase of RTI. Tier 1 students are considered to be generally successful in school. They participate in traditional instruction and are expected to succeed with minimal support. Students in Tiers 2 and 3 need more targeted support in order to meet the academic standards of their grade level.

As the semester goes on, you should conduct additional assessments to determine whether certain students can move on to Tier 1 interventions. This is also a great way to gather information regarding the success of RTI within your school. It is essential to not only keep track of how many students are moving from one tier to another, but to also measure student progress within a given tier (Classcraft’s school dashboard feature is perfect for this). All students learn at a different pace, so being able to see improvement even within the same level is vital to a successful RTI system.

Assessments can also help you determine what aspects of your  RTI process need to be altered or adjusted. A lack of student improvement in a particular tier, for example, may suggest that changes should be made to the curriculum or that new interventions need to be implemented.

In addition to the support methods themselves, response to intervention has several key points of focus that help to reinforce the model’s success in schools.

Parents play a significant role in the academic and emotional development of their children, so their involvement is crucial when providing a student with support. The most successful RTI initiatives are the ones that make parents a core part of the process, ultimately helping students succeed both at home and in school.

RTI places a special emphasis on using only scientifically-proven, data-backed interventions and information when making decisions about whether a particular student should move up or down a tier. This data is used in both the general RTI education environment and in targeted instruction.

Teachers must work together for RTI to succeed. They are encouraged to share best practices as well as identify any strategies that may not be working well within a certain tier. This helps to strengthen RTI’s success schoolwide, which ultimately benefits everyone.

RTI should be progress-based

The amount of time spent supporting a given student will depend on which tier they’re in, but the goal should always be to provide adequate support without keeping the student in Tier 2 or 3 for longer than is necessary. This makes for an approach that promotes progress without using this support system as a crutch. Otherwise, it can be even more difficult for students to succeed academically.

Tier 2 students need varying levels of support based on their success in the standardized testing phase. While there is no set amount of time for which a student should remain in this tier, there are general guidelines that should be followed to ensure the best success of the system. Most successful Tier 2 programs don’t exceed a grading period, although some students can spend more or less time within this level depending on where they fall academically and how quickly they improve when given support.

Due to the highly involved nature of Tier 3 instruction, students may remain in this tier for several months. Students who are identified as needing this level of support should receive targeted instruction and education for a period ranging anywhere from 9 to 12 weeks in total. Support in this tier is specific and usually administered one-on-one.

If a Tier 3 student doesn’t show enough improvement at the end of this period, more testing may be needed to determine how to proceed. Under the Individuals with Disabilities Education Improvement Act of 2004 (IDEA 2004), students who aren’t successful in improving their academics in Tier 3 should be evaluated to determine if they are eligible for special education programs.

RTI plays an important role in this type of placement, since the information collected during Tier 1, 2, and 3 interventions is considered when students are recommended for special education. The evaluations used to place students in these types of programs are comprehensive and require recommendations from various staff and administrators.
The response to intervention approach is a powerful way to ensure that each student receives the forms of support and instruction that they need. By assessing students with standardized assessments, schools can effectively place children into learning environments that are designed to help them overcome academic barriers. This has a great deal of potential to improve grades and lead to success in higher education.

The powerful impact of motivation in your PBIS program

How did Broadview Middle School lower their referrals by 33%? 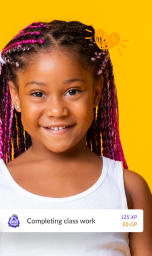