Epistory: Typing Chronicles is a typing adventure game where you play as a girl riding on the back of a three-tailed fox.

The first thing you’re instructed to do is to place your fingers on the “home row” keys. You press E to move left, F to move down, J to move right, and I to move up.

As you explore, the world unfolds before you like the pages of an origami pop-up book. Step on a portal, which activates after you achieve so much progress, and you watch new tiles appear and transform into plots of grass, trees, water, and more. Literally, a whole new area opens up before your eyes. 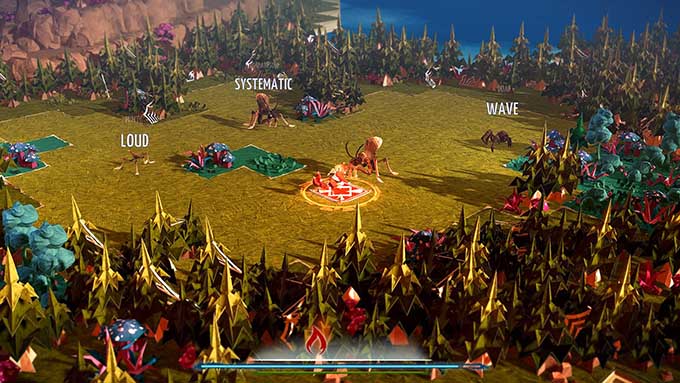 But not all is well. Corruption has spread through your forest home, and you must discover the source and restore the earth back to good health. You start small, by doing good deeds—planting flowers by typing words like “begonia” as you come across patches of dirt, or by typing words like “log” to destroy debris. Pressing space bar on the keyboard toggles you between the movement mode and typing mode.

Throughout the adventure, you’re told a story out loud, and the words scrawl across the ground, leaving a permanent reminder of where you’ve been. Soon you discover new vicinities filled with minor environmental puzzles (such as lighting fire bowls or stepping on numbered tiles in the right order to open a gate) and crawling with monsters. To defeat them, you must type words in succession. With the game’s adaptive difficulty (challenge that scales to your performance), this can get tough: You may have to defeat multiple enemies onscreen at once, each advancing toward you at a different pace. If they reach you, you’ll have to restart the confrontation. 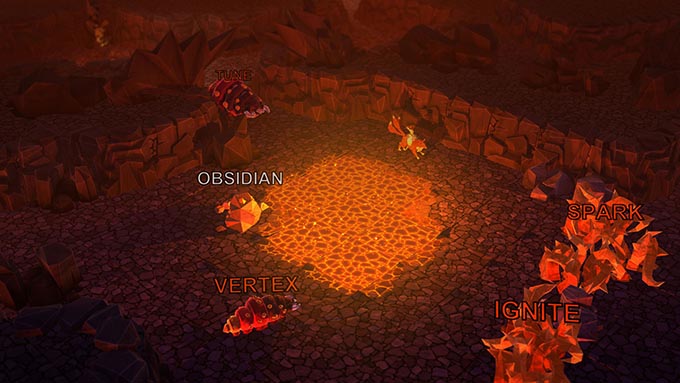 For each word you type, you can earn combos and gain “inspiration points” that unlock new upgrades. You have to type the name of the upgrade to unlock it, a clever touch. These upgrades include “Velocity,” which gives you the ability to move faster, and “Knockback,” where each word you spell successfully pushes the enemy back a little bit. There are also chests and other secrets to discover.

One of my favorite parts was navigating an underground meteor crash site, with lava and grub-like enemies across the molten paths. At first, certain objects and enemies were immune to me; the words I had to type to destroy them appeared instead in indecipherable hieroglyphs. Once I gained the power of shooting fireballs, I could blast the thorny brambles in my way and overcome these tougher foes. As you heal the land, you grow stronger, too.

Epistory is a typing game through and through, but it teaches it in a way that the player feels like the words they’re typing have meaning. You’re shaping a story, not completing rote exercises, and you can literally see your typing skills “level up” as you gain new upgrades and powers as rewards for your hard work. Its adaptive difficulty also makes it a good tool for differentiation in learning to type well. Because the game responds to the player’s level of competence, it ensures that the gameplay remains consistently challenging—it will neither become too hard that it’s demotivating, nor too easy that students will get bored. 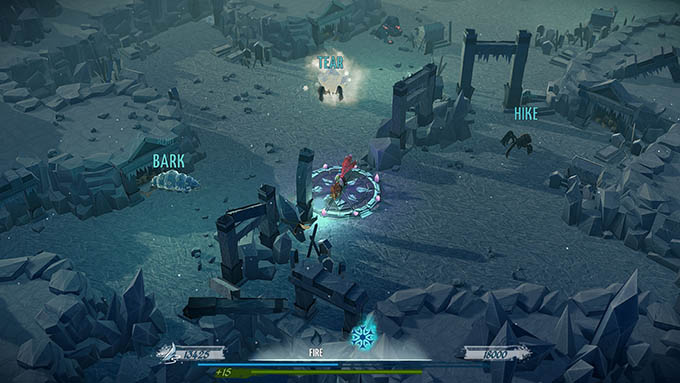 Additionally, Epistory makes use of word association. It groups words together by theme (such as types of flowers or rocks), and because you can see them onscreen, it’s easy to make the connection with what they are. The words you have to type don’t feel random. This is helpful for vocabulary-building and learning through context clues.

Developer Fishing Cactus’s Epistory costs $15 on Steam and is available for both PC and Mac. It’s a great way to incorporate game-based learning into computer classes, making it perfect for middle or high schoolers.

Students complete the game individually, at their own pace. The teacher can assess a student’s progress through where they are in the game (around 6-8 hours), how many and which upgrades they’ve chosen, and their completion of the map and other secrets (displayed on the pause screen). There’s also an Arena mode, where you can play as long as you can survive for a high score, a good chance to get in extra practice. 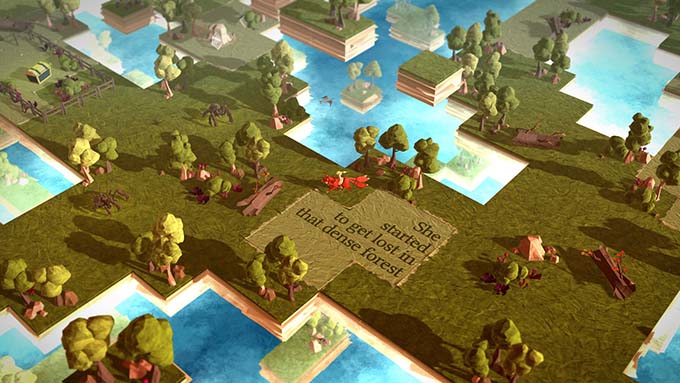 Epistory’s adaptive difficulty makes it a challenge for any skill set. I consider myself a rather good typist, and there were times where even I struggled!

But as kids hone their typing skills, there’s a good chance they’ll fall in love with the captivating story. They might even forget they’re playing to learn.