The 4th annual ED Games Expo in Washington, D.C., this week will feature over 50 learning games and technologies.

We’ll have videos with various speakers and footage of the event to show you on Wednesday, when the expo kicks off, but here’s a sneak peek at some of the games and apps that will appear on the show floor. 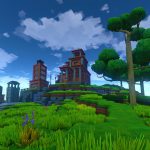 “Eco is an online game where players must collaborate to build a civilization in a world where everything they do affects the environment,” developer Strange Loop Games told Classcraft.

“All resources come from a simulated ecosystem, with thousands of plants and animals simulating 24/7. Work together through the player-run government and economy to build the technology to stop a meteor on a collision course with the planet, without polluting the world and killing it off in the process before that even happens.” 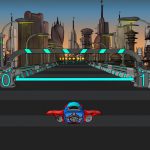 “Teachley will be showcasing their new Fractions Racer game to be released in early 2017,” the developer told Classcraft.

“This 3D racing game, supported by an NSF SBIR grant, encourages students to develop conceptual understanding of the meaning of the numerator and denominator. Students create levels for their classmates using a track builder, but they must pass the level before they can share it, emphasizing social relationships to increase motivation.” 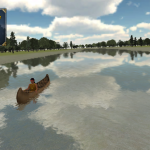 Another game on display is Fish Lake, which “covers fractions and Ojibwe history, and Making Camp (free), the developer’s “first iPad app, tackling multiplication and division and teaching about Ojibwe history.” 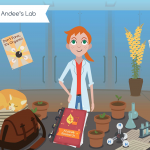 “Happy Atoms is a physical and digital teaching tool that allows users to discover the world of molecules in an intuitive, hands-on way,” developer Schell Games told Classcraft. “Users create a molecule from plastic atom models that connect easily using magnets, then they discover the identity of the molecule they built by scanning it with our app.

“Happy Atoms is geared toward students in middle school, but students as young as fourth graders can use Happy Atoms to jumpstart their chemistry education, and high school students can use the system to make chemistry more tangible and to reinforce their chemistry studies. We will work with a research partner to conduct a randomized controlled trial to evaluate Happy Atoms’ effectiveness during the 2017-2018 school year.” 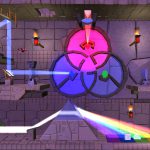 “We are showcasing our Presidential history and election resource, Voters Ed, and our STEM game, Martha Madison, at this year’s ED Games Expo,” Victoria Van Voorhis, the founder and CEO of Second Avenue Learning, told Classcraft. “We are passionate about Civics and STEM, and we know our teachers have seen tremendous success in both strengthening students’ understanding, as well as increasing their level of interest in these topics.”

The second game on display, Martha Madison (pictured), is funded by the National Science Foundation and “is a game-based STEM curriculum designed for middle school students. The curriculum uses a problem-based learning approach wrapped in an entertainment-quality video game. Within a class period, teachers can have students play through a game with time left over for in-class discussion, instruction, and exploration. Students, teachers, administrators, and parents can access robust data analytics for each activity.” 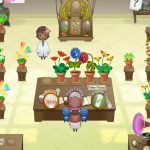 “Games in PLEx focus on topics such as photosynthesis, the structure and function of cells, heredity, or the effect of viruses on the human biological system and have since expanded to include a broader selection of STEAM content as part of the Filament Learning Library. The library includes curriculum for teachers to integrate the games into classroom practice.

“The games are designed to enable teachers to conduct formative assessments for each student, providing cues to scaffold learning opportunities and performance reports to inform teacher instructional practice. The PLEx games and library have been used by more than 1 million students in thousands of schools since release in 2012.” 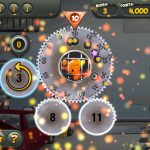 “Recently recognized by Digital Promise for its excellence in applying the Learning Sciences, BrainQuake will demo its flagship app, Wuzzit Trouble, along with first-time looks at patent-pending assessment metrics and an accompanying instructional tool designed specifically to facilitate transfer between the app and mathematics’ symbols and syntax,” Brainquake told Classcraft.

“In addition, BrainQuake will demo its upcoming Algebraic Reasoning app, demo’d for the first time at last week’s White House convening on Better, Fairer, and Fewer Assessments.” It presents players with a “casual puzzle, but is actually providing players with opportunities to develop algebraic reasoning skills.” 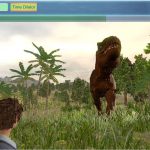 The Stardust Mystery Game by The Beamer

“‘You are made of Stardust that was once in the body of Albert Einstein and the last T-Rex …’ That is the clue that sends a team of four players, ages 8-13, on a quest to identify Stardust (atoms) in their body and trace the atomic trail of recycling and inheritance back through the history of the Earth and universe, all the way back to the Big Bang,” developer The Beamer told Classcraft.

“The quest starts in the Dynamic Mystery Museum with interactive exhibits, where players learn their missions, some science, and their roles as crew members of the Beamer, a dimensional time-and-space travel machine. Players use the Beamer to explore their own bodies to learn the probable number of carbon atoms inherited from Einstein and the last T-Rex. Then they follow the trail of carbon inheritance to 1955, where they can have a verbal conversation with expert avatar, Einstein, to the Ice Age 0.05 million years ago, the Dino Extinction era, Pangaea, and Earth’s formation.

“Another quest follows the hydrogen trail, starting with a conversation with George Lemaitre (inventor of the Big Bang) and a visit to the first star supernovae (13,500 Mya) and the Big Bang (13,800 Mya). Stardust Mystery game is being funded by the National Science Foundation.” 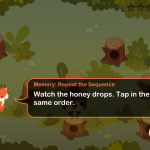 “Kiko’s Thinking Time is a tablet and web-based program that trains cognitive skills necessary for school readiness including executive functions, with a focus on memory, attention, and reasoning,” developer Kiko Labs told Classcraft.

“Designed for early learners aged 3 to 7, the adaptive games level up or down based on player performance and provide data to benchmark each player within their relevant age group.”