“In periods where there is no leadership, society stands still. Progress occurs when courageous, skillful leaders seize the opportunity to change things for the better.”

Leaders — our world is hungry for them. From kids who are leading their siblings and classmates to high-level executives and political figures, we always need people to step up and take on responsibility.

And as teachers, we’re invested in preparing our students to thrive in the world of their future. To that end, we must also be invested in encouraging them to be the kind of leaders that this world wants and needs.

What kinds of leaders do we need?

Arguably, people who are effective — those who have a goal in mind and are able to reach it by inspiring and persuading others to join them.

But is that enough? After all, there are countless examples throughout history of effective leaders who were not of the admirable variety (Hitler comes to mind). So being an effective leader is clearly not enough. Besides being effective, a leader must also be morally good and possess a variety of other venerable traits.

So what skills does a good, effective leader possess?

While the businesses of the world may disagree slightly about the definition of a leader, they tend to more or less agree that a good leader is:

Group projects are a great way to observe the characteristics of a student leader. Let’s say you’ve divided your class into small groups and given them the assignment of reading, retelling, and presenting one of Aesop’s Fables. Throughout the allocated class times, you may notice the above-mentioned traits play out in the following ways:

1. They are goal oriented

“The very essence of leadership is that you have to have vision. You can’t blow an uncertain trumpet.”

Student leaders understand the lesson objective and are driven to get there. They desire personal success and intrinsically set their own goals beyond the ones set by the teacher.

Example: As you observe the groups, you may notice certain students immediately take charge and set the vision of the group. You may hear things like, “Let’s do the story of the Ant and the Grasshopper and make it like a comic book …” or “Let’s use cardboard boxes to make whales and dolphins for the Dolphin, the Whales, and the Sprat fable, and then we can be in the boxes and have them fight each other!”

Honest student leaders are committed to doing their work ethically. The rest of the class knows they can trust this student, either in personal relations or when working on group assignments. If someone in the class does try to cheat, this leader will call them out on it or, at the very least, refuse to go along with it.

Example: The Internet has made it much easier to cheat than was previously possible. For this project, suppose you’ve given the students the opportunity to use the computer lab to find pictures and other content for their project. At one point, as you’re coming by to observe the Ant and Grasshopper group, you notice two of the members in a fervent whispered discussion. One of the students points at his screen (trying to hide it from your view), while the other student shakes his head and turns back to his own screen where he and the others are working on typing up a summary.

As wise as you are, you quickly deduce that the outlying student was suggesting the group use a pre-written summary rather than write their own. The leader in this group rejected that idea and simply continued to focus on doing what was right.

3. They are hardworking (and persevering)

“A person always doing his or her best becomes a natural leader, just by example.”

Hard work is contagious. If one student is working hard and shows a true passion for the subject, they’ll inspire others to believe that they, too, can (and should) strive for excellence. In short, hardworking student leaders inspire and push their classmates to do more.

Example: While the Ant and Grasshopper group is busy on the computer, your Whales and Dolphins group is consumed by the cardboard boxes you supplied them. As you come by to see if they need anything, you see one student who is especially hard at work cutting out a hole for the whale’s mouth. Not every member of the group is as involved as he is, but after observing his enthusiasm — and noticing how much you admire it — they too join in and begin to work on cutting and shaping the other boxes.

“A leader … is like a shepherd. He stays behind the flock, letting the most nimble go out ahead, whereupon the others follow, not realizing that all along they are being directed from behind.”

Leaders want what is best for others and are willing to go out of their way to serve those in need. In a classroom setting, this is best seen through acts of kindness or selflessness. For example, is someone being bullied? Unlike students who stand idly by, a student leader is likely to step up and put an end to it.

Example: You are on the second day of the project on fables. The Ant and Grasshopper group is now working on their comic book strips. As they discuss how to proceed and what they need to begin the task, one of the members is going around the classroom, rounding up the necessary materials on behalf of their group members.

5. They are a good listener

“The ear of the leader must ring with the voices of the people.”

Student leaders care about and listen to the thoughts and concerns of others in their group. Whereas some students may only feign interest in others’ problems, a good student leader is likely to show a genuine interest in and desire to help others. In group work, they’re also more receptive of others’ feedback and willing to compromise.

6. They are a good communicator

“Ninety percent of leadership is the ability to communicate something people want.”

Student leaders communicate their ideas to the rest of the group. If they have an idea of how things should be done, they make their suggestions known in an open and respective manner.

Example: You make your way back to the Ant and Grasshopper group. The group is gathered around one student who is excitedly pointing to several pieces of blank paper. “I think we should first decide on and write a short description for each box, and then we can divide up the boxes and each work on drawing the pictures for that box and coming up with what the characters will say. What do you guys think?”

7. They are a good decision-maker

“The most difficult thing is the decision to act, the rest is merely tenacity.”

Student leaders evaluate a given situation and come to a well-reasoned conclusion about the best course of action. Ultimately, good decision-making stems from a high sense of responsibility, a strong sense of direction, and the ability to think quickly even under pressure.

Example: The Whales and Dolphin group is standing in the midst of their cut-up boxes, looking very uncertain. Markers cover the floor. One student shakes his head. “Hmm …,” he says, “I don’t think we should use markers. No, I think it would take too long to color the whale with since they might run out before we’re done, so let’s use paint instead. We can ask the teacher for lots of blue paint and a big place where we can work.”

“I think one of the keys to leadership is recognizing that everybody has gifts and talents. A good leader will learn how to harness those gifts toward the same goal.”

Student leaders recognize that everyone has strengths and weakness. They affirm and utilize the strengths in the group, while also assisting in the areas of weakness.

Example: The comic book strips for the Ant and Grasshopper group are beginning to take shape. The summary headings have been written and some basic shapes are starting to form on the paper. Then, one of the students looks up from her work. “Hey Adam,” she says. “You’re really good at drawing faces. Can you draw faces on the bugs?”

“Leaders instill in their people for success and a belief in themselves. Positive leaders empower people to accomplish their goals.”

Student leaders believe that whatever goal has been set can be accomplished, even if it may seem insurmountable. Their confidence inspires positivity in others.

Example: This day’s work time is drawing to a close. The Whales and Dolphins group is elbow deep in the blue paint you gave them. One whale is partially painted. A student looks at the clock, and a determined expression crosses his face. “Hey, this is looking pretty good so far! Come on, everyone!” he says. “If we paint a little faster, we can probably finish this whale before the end of class!”

If something goes wrong, student leaders do not pass the blame or make excuses but take responsibility for their part. Then, they learn from it, do what’s needed to correct what went wrong, and keep moving forward. When it comes to success, these leaders are likely to be humble and recognize the efforts of their group and not just their own.

Example: While the Ant and Grasshopper group has effectively and efficiently cleaned up their work space, the Whales and Dolphins group is having much less success. One of the members of this group comes up to you, her shoulders slumped, her expression apologetic. “Umm … teacher? I’m sorry, but we spilled the paint on the floor. I forgot to close it and then it got knocked over, but I’ll help you clean it up. Oh, but did you see the whale we made? Didn’t we do a good job?”

The leaders of tomorrow

Although our students may be young, and although they may be small, our observations throughout this group project have given us a glimpse of the great leaders they can be in the future. With each opportunity and encouragement to grow their skills in a healthy, productive, and appropriate direction, these students can become the good, effective leaders that our world needs. Let’s strive to give them those opportunities and encouragement by teaching them leadership skills!

Want to stay in the loop about Classcraft? Subscribe to our monthly newsletter for updates on new features and fixes, pedagogical content, and much more! 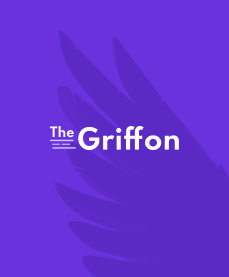