An interview with Joe Wiles 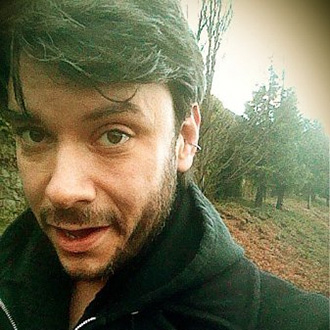 Joe Wiles served on the Board of Directors for Seattle’s Rock School and is the former Head Mentor at The Rock n’ Roll Conservatory, a music mentorship program south of Seattle in Auburn, WA. His music instructional videos entertain a viewership of over 40,000,000, and he currently works for the Auburn School District, south of Seattle, with special needs children.

Thanks for talking with us today, Joe! To start, tell us a little about yourself as an educator and what classes and grade levels you teach.

I’ve been teaching for about 10 years privately in music education, with a focus on mentorship and special needs. I got a job in this school district about a year ago, and it’s been nothing but awesome. This year, they placed me with the boy I’m working with now, “Tommy.” [Tommy is a pseudonym to keep the student’s identity private - Ed.]

I’m a paraeducator, which is like an assistant teacher. It’s one-on-one, and he’s special needs. He’s the smartest kid in fourth grade. From all of his testing, all of his scores, he’s the best in math and reading. My challenge is getting him to apply that intelligence. He’s so smart, but he gets so bored so easily that he starts to cause behavioral problems in his classes.

What is the school experience like for Tommy and other special needs students today?

They don’t send special needs kids to a special room anymore. When I was going to school, all the special education kids went to a room and learned on their own. What they do now is they integrate them into the classroom. It’s good because neuronormative kids need to be around people like this to understand the world. And it helps kids who are not neuronormative to have experience functioning in the real world. It’s way more effective for increasing empathy in the general education classroom.

Tommy is not so unsociable that kids look at him with disdain. He functions normally enough that he can fit in. The other kids love him; they think he’s really cool. He has his blow-ups now and again, a lot less now than he used to. I think everyone knows he’s the smartest kid in class. He has social challenges and a few emotional challenges.

What changes did you begin to see in Tommy when you introduced Classcraft?

All he is interested in is video games, seemingly. So I started looking online for something that could help me integrate what I wanted to do — this adventure-themed thing through his day that would keep his focus off [the pressures of] school and more on this game, which is helping him do his school work.

Classcraft made a lot of sense. The challenge was adapting it to one kid since it’s team-based. … The principal and the fourth grade staff gave me a lot of autonomy. We rearranged his schedule and my schedule so I’d get at least a half-hour in the morning. We’d go straight to the resource room, which is where special needs kids go to get extra help. We’d log onto a computer, and we’d go onto Classcraft. I’d ask, “How’s your day going to be?” We’d set our goals. Tommy’s been getting 1-4 scores throughout his day from all the teachers he interacts with. The three categories are working independently, his attitude in class, and the performance of his classwork.

About a month into working with Classcraft, there was a noticeable spike in his performance. It’s enabled me to translate all those 1-4 scores into Experience Points for his characters. He doesn’t lose too many Health Points these days. In fact, he recently had his first all-4s day — every single category in 18 different areas, he got 4s. When he gets all 4s, he gets double bonus points in Classcraft.

It took him about a month, three or four weeks, to warm up to the idea and get excited. Now he comes up to me and says, “I finished this test. Do I get the points for it?” I have to tell him, “Well, did you use your Fire Charm Pencil to take the test? Sorry, buddy, you didn’t get those bonus points.” That’s one of the trinkets he’s earned by leveling up. That’s how Classcraft has been super awesome.

This chart shows the student’s average daily behavorial scores by weekday. The student is rated 1-4 by each of the teachers and specialists he sees throughout each day. The blue line was data gathered in the first month of school, before Classcraft and Alpacland were introduced into his daily routine. The orange line represents the student’s behavior after his school day was gamified via Classcraft. Averaging the overall scores, there is a 22% increase in his attitude, classwork, and independence after introducing Classcraft.

Can you explain “Alpacland,” the story you created for use with Classcraft, and how they work together to help Tommy?

I wanted to prep him for Classcraft. Once he earned the right to sign a Hero Pact, then he was in. Then we introduced Classcraft around Alpacland. I spent the next couple weeks with him drawing pictures of what Alpacland might be like. We came up for different names for classes he would go to because he loves drawing. I scanned them into the computer and made an island map. So instead of the office, we have the Mountain of Wisdom and Justice. Instead of the gym, we have the Arena of Skill. Or his reading class is the Swamp of Readwell. Throughout his day, he has a journey he has to go on.

Classcraft and Alpacland are basically the same thing. But in Classcraft, you get the added bonus of training cool pets, having cool outfits for his character, and his adventure-specific spells that are appropriate for him and his day. The other cool thing is that I’ve been able to integrate different teachers. When he unlocks his teacher, they become a character in Classcraft so they can cast powers and level up with him.

Classcraft has been super helpful because I don’t have to do any character management anymore. It takes that load off of me. I’m so relieved because Classcraft introduced the Android app. So now I don’t have to take all those notes throughout the day as I observe him. I can just put it on my phone right away.

Has the game changed his relationship with his teachers at school?

Yeah. He knows these teachers are a direct line to his Experience Points in the game. I’m not with him all day. The goal is to get special needs kids working independently.

He had a couple triggers that would cause him to crawl under the desk or throw things across the room, and that was writing things down or anything that has to do with math. When I first started making Alpacland, the enemy was Mathematron, or Ms. Syslo, his math teacher.

Through the narrative, I’ve been able to introduce this fictional Ragnor, a person not in the school. In order to beat Ragnor by the end of the year, he has to gain the trust of Mathematron because she’s a person in Alpacland. He’s had to do special missions. He had to become a count of Mathematron. He had to start by memorizing his times tables. That’s something he never did. As a fourth grader, he just had such an aversion to math, he never wanted to sit down to do it. Finally, he had them all memorized.

Once he was able to recite that for Mathematron, he gained her trust. So I was able to work that into a context where he could accept math. And now he doesn’t have a problem with math. He doesn’t go in there freaking out and having a hard time with it.

What’s an example of something you might give him XP for?

In Classcraft, he gets 20 Experience Points — which is a lot — for apologizing to any teacher. He gets 25 points for changing his poor behavior.

So it’s become really easy for me to go, “You have to take responsibility for your problems, and let’s go apologize for that teacher and call it a day.”

How else has Classcraft changed his attitude toward school and learning?

Where at first, we had to keep Tommy contained and make sure he didn’t disrupt class so much that other students are having a hard time learning. It felt like a battle. Now it’s the complete opposite. I’m working with him.

Tommy hated school. The first month this school year was, “I hate school. I hate math. I hate the principal.” I didn’t know how to confront all this hate. But I realized it’s very shallow for him. He doesn’t hate it, it just doesn’t feel good for him, and therefore he doesn’t like it.

So I wanted to make it feel good for him — school and learning, and really, accepting the responsibility of his intelligence.

A couple weeks ago, his dad told me when he dropped him off that Tommy said he liked school and he liked math. Which blew my mind. I thought he misheard him. But later that day, Tommy said, “Something’s really weird. I’m starting to like school.” It was one of those teacher moments, where you just feel like, “It’s working!” He’s having fun, and I’m having fun. It was really cool to hear that.