Building Character in the Classroom

An interview with Sam Schneider 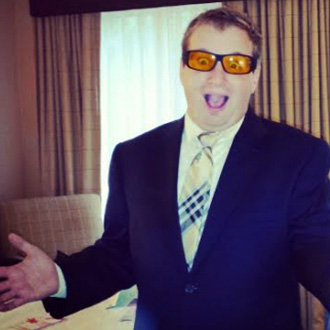 Sam Schneider is a middle school music teacher in Central New Jersey, where he instructs General Music, Guitar, Piano, and Music Technology. He attended Vanderbilt University, where he earned his Bachelor’s in Musical Arts (Blair School of Music) and Master’s in Secondary Education (Peabody College of Education).

Thanks for talking with us today, Sam! To start, tell us a little about yourself as an educator.

I knew that I was going to go into education since high school, and I picked music because it seemed like a unique and fun way to share my passions and reach students.

One thing that I feel is important is the changing culture of learning. Students are constantly being introduced to new technologies. They’re expected to have better research skills. Even outside of the classroom, students have greater access to information than ever before. I’ve always felt it’s important to stay on top of these changes in technology. I try to keep up with it all, and that’s actually how I stumbled across Classcraft.

Why is one of your goals as a teacher to help your students build character in the classroom?

In full honesty, I’m willing to admit that my subject area is not crucial to every student. I think that being able to appreciate art and culture is a wonderful thing that every person should be able to do. However, I know that more than 90 percent of the students that I teach are not going to become musicians professionally.

I get a wide variety of students, ranging from really enthusiastic musicians to students who just got placed in my class because they didn’t turn in their elective form on time. While I’m going through all this material, I don’t expect every student to walk away and further research jazz or rock ‘n’ roll. I want them to have a more developed sense of how to be critical of music and each other and share their opinions in a constructive way instead of just being dismissive of subjects they might not have full interest in.

Why is good character important for students to learn?

The generation I’m teaching right now has a real interest in being social with one another. That’s the polite way of saying they really like to talk to each other during class and that they like to be social outside of class and involved in each other’s lives.

One thing that I try to make sure that I’m focusing on is how they need to respect boundaries. For instance, if a student comments that, “Oh, I really like this tune,” I don’t want another student saying, “I’d never listen to that.” Immediately, their reaction puts that other student in an awkward position, saying it’s not socially acceptable to like this material. If they have a negative opinion, then it needs to be more justified than “this is not cool” or “this is not current.” I want them to appreciate the material for what it is, and I want them to have an understanding of why other people have a positive opinion.

My class has opportunities where they can share their own stuff. They can bring in examples of materials from home or videos that they want to share. I want to create a community-learning atmosphere where they can gain from each other.

It sounds like you’re not only building community but also helping them to develop life skills, like communication and respect.

Absolutely. Unlike many music classes, I have to deal with communication and writing a lot, and one thing that Classcraft has helped with is the Content Manager. It’s a great chance not just for informal writing but for students to put their opinions out there — for them to respond and have conversations. We live in a YouTube generation, and one of the biggest things that I harp on is that they need to communicate their ideas clearly to one another.

I try to lay out the rule very clearly: If you’re going to speak, speak like an educated individual. Ever since that rule has gone out there, students have been actually active calling out each other when they don’t lay out their opinion in an educated way. They aren’t rude by any means. They’ll say, “You just wrote ‘this is stupid,’ but why do you think it’s stupid?”. It’s fun to watch these conversations take place. Now that I’ve called out the individuals about putting their comments up there without grounded support, they’re starting to do it to each other. They’re starting to become self-aware of their writing habits.

Can you give an example of how you teach them to think critically?

I pull down videos that either they’ve never seen before or they’ve seen so many times they’re sick of, or things I know they’re not going to be into. Yeah, they’re going to groan at first, but I throw that opinion away if they just say, “This song was terrible.” Well, what made it terrible?

Rebecca Black’s “Friday” isn’t a good song, but it gets the ball rolling. I would put it to the students and make them think, “Well, what does it feel like to be her after all the fallout from that song?” Yes, there were news articles and stories about it, how the entire world ganged up on this 13-year-old girl. That’s the exact age I’m teaching. I would say to them, “Some of you are posting videos on YouTube. You want to be liked. What would it feel like to be one of those people who bears the brunt of the attack?”

Part of it boils down to the topic of bullying. When I was in middle school, yes, I was bullied. But bullying was a different animal back then. It used to be just one or two people repeatedly attacking someone over and over. Nowadays, bullying is like being stuck in a swarm of wasps. It’s pinpricks coming from all over, and the second someone starts attacking, it can build and spiral out of control. That’s the scary and unfortunate nature of the Internet and our social culture.

What can other teachers do to help their students build character?

You don’t get into the field of education not just to hand down knowledge or to discipline students. You go into education because you know you might have an impact on someone’s life. I try to make students more aware that their individual actions and behavior aren’t just affecting them. When I discipline them, it’s not because I’m mad at what they’re doing. Rather, I’m frustrated with the ripples in the pond that they’re creating.

One of the great things that Classcraft allows me to do is, if there’s an outburst, it immediately shows the ripples. If someone makes a negative comment and they lose Health Points and that person falls in battle, the ripples are right there. Everyone’s affected.

The change in behavior is not a result of me calling out individuals on disciplinary things. Instead, these incidents wear away at their classmates, and their classmates get frustrated constantly trying to repair the damage. It gives the troublesome student a responsibility to the community, and it gives the community a chance to build character.

The old adage “It takes a village to raise a child” is uniquely true in the classroom. The teacher has a village of children and can steer the individuals in a certain direction, but eventually the rest of the class should understand the directions and help keep the group on course.