An interview with Meaghan Walsh 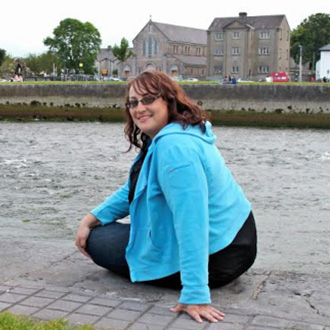 Meaghan Walsh teaches social studies at Stargate School in Thornton, Colorado, a public charter school for identified intellectually gifted children. She has a degree in Education and History from Simmons College in Boston and a Masters in Middle Level Education from the University of Maine at Orono. She enjoys travelling the world to visit the places she teaches about, having been to many places on three continents.

Thanks for talking with us today, Meaghan! Tell us a little about yourself as an educator and what subjects and grade levels you teach.

This is my 11th year of teaching and my 7th year at my current school. I teach sixth and seventh grade social studies. I incorporate Classcraft in all my 7th grade classes, so all the 7th graders in the school are playing Classcraft. We’re a small school. There’s only about 75 kids, so I have them all.

How has Classcraft changed the social dynamics of your class?

One of the biggest things that has happened has been bringing the kids together. Since I have a population of all gifted kids, there’s some interesting social dynamics at times. Students don’t always know how to make friends. When they work with their Classcraft group, they are building those connections. They learn each other’s names faster, they learn more about each other, and they have started hanging out with their group outside of just playing the game. That’s pretty amazing.

Socially, they like to come to class a lot more now. I have a comment from a kiddo from the forums, and he said, “Classcraft is pretty much the first program that lets me want to go to social studies.” And this is a kid who socially doesn’t have a whole lot of friends. But he’s making friends through the game.

I also have a student teacher this year, and it’s always hard for them to meet the kids and interact with them and figure out who they are in a very short time period. I let her watch Classcraft for a week, and now she’s running it. And it’s helping her make those connections with the kids, and now they’re much more comfortable. They go to her for questions. It’s bringing her into the classroom in a way that would not have happened before. So that’s been very exciting to see.

How has Classcraft helped your students emotionally?

We have several kids in the class who have some emotional issues that they’re dealing with, whether it’s anger issues or anxiety, or just not getting along with their peers. Classcraft has helped them want to be in class.

We have a couple kids who have been dealing with some pretty intense situations, and they don’t always make it to school. They have made more of an effort this year to be in class and be in school because they want to participate. They want to see the random event. They want to be able to help save their friends if their friends take damage. They want to be able to be there and participate in the class. So even if there’s things going on outside of the classroom, Classcraft lets them escape that. And inside the classroom, it doesn’t matter whatever their situation is at home. They are playing the game, and they’re involved with the game, and they’re learning while they do it.

There’s a specific kid that I think about who, at the beginning of the year when we were looking over the powers, he saw the power that allows him to leave the room for two minutes. And he’s the kid who, in the past, has had some anger issues and knew that about himself. So he chose that class of character and that power as his first specifically so that if he felt himself getting angry, he could go use his Classcraft power. He could take himself out of the situation, calm himself down, and bring himself back into the classroom.

I think he’s only used the power twice all year, so he knows that it’s there. And it has helped him stay in class. Just knowing he has the ability means that he doesn’t have to use it all the time.

Have you seen any other changes in your students since you’ve begun using Classcraft?

Absolutely. Behaviorally, my school has such an interesting population that our issues are not the issues of the outside world. Our issues are much smaller than what a lot of teachers deal with. I have a Smart Board, and so what I do is I leave Classcraft up. If there are behavior issues, I just have to click on the kid’s character, and they stop whatever it is they’re doing.

If there’s a kid not doing their work or distracted or having a conversation or getting upset about something, whatever it is, I click on their name and they say, “Oh! I don’t want to lose HP. I’m going to behave.” And it brings them right around.

On the flip side, I also reward good behavior a lot. I tend to focus more on rewarding good behavior than punishing bad behavior. So if a kid is working really well, maybe they’re the only kid working. I click on it, I give them XP for working on task. Other kids see that happening, and they start getting on task so they can get the XP as well. So behaviorally, just having it running in the background constantly, I don’t have to yell at the kids anymore. They police themselves because they don’t want to have damage, and they don’t want to cause damage to their team. So that’s a huge difference to see how they really have taken ownership of themselves.

What would you say to other teachers looking to try Classcraft?

If you can get the kid in the classroom, you can teach them. You have to get them there first. Don’t be intimidated by Classcraft. It looks like something that only gamers will be able to understand, but it’s really not. Once you get into the game and you figure out the flow of the game, you don’t necessarily have to be a gamer to be able to play it. And the reward that you get in your classroom from behavior and social and them supporting each other outweighs a little bit of uncertainty with the language and how it works.

Rely on your children. These are children who grew up in a gaming age. If you say to them, “Hey, what does it mean by XP?” They’ll be able to explain it to you. The game is simple and easy to play, and it gives you huge rewards for the few minutes that you play every day.