Increasing Creativity in the Classroom

An interview with Mallory Kessen 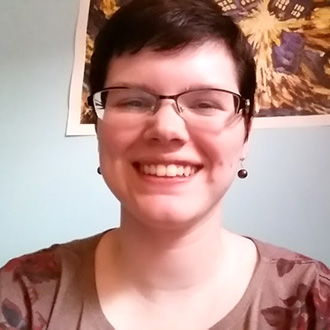 Mallory Kessen is nearing the end of her first year of teaching English and using Classcraft at Logan Hocking Middle School. This fall she will teach English at Walnut Hills High School in Cincinnati, OH. She founded Gamindex in 2014 to connect teachers to video games for education through reviews of games from an education point of view. You can find her online @mallorykessen or @gamindex.

Thanks for talking with us today, Mallory! To start, tell us a little about yourself as an educator and what classes and grade levels you teach.

I’m in my first year of teaching. I teach eighth grade English in Logan, Ohio. Next year, I’m going to be in Cincinnati, but I don’t know what grade level yet. In addition to teaching, I am getting a Masters in computers and educational technology, and I run my own website where I review video games for educational use.

How has Classcraft made a difference for your students?

Even within the first few weeks of using Classcraft, there was a huge jump of how many kids participated in class. As soon as they saw that one person who participated got 50 XP, suddenly all the hands went up and everyone was engaged.

It’s also made my class more fun. We’ve had random events where we have to do things like speak in an accent, or sing a song that they choose, or do a dance. And because they’re more engaged, because they have some fun at the start, it keeps them there for the rest of class.

I’ve also seen it make a difference in some of my students individually. I’ve had a couple students who are very aggressive outside of class, usually getting into fights and things like that. One of my kids who used to get in trouble a lot now comes in and is asking, “Can I protect my team? I want to make sure they’re OK.”

And then another kid who was completely unengaged in class, now that he’s been given a little empowerment with Classcraft, he’s really engaged in class and wants to be involved in what’s going on. He does not want to lose Health Points (HP). He would rather me call his mom than take away his HP.

How did Classcraft inspire you to create new content for your classroom?

I really loved what Classcraft was bringing. … I wanted to bring out more of the gaming in my classroom. I liked the idea of a boss battle because in a game, it’s your form of assessment. There wasn’t quite anything yet [in Classcraft] that would match that, so I figured I would fill the gap myself, especially since I’ve played so many games. So I decided that I would design a boss that they could fight. We actually had that as our end-of-semester assessment last term.

They loved it. It was amazing. By bringing in and allowing the chance for us [teachers] to do things like quests for our kids, have daily events, or make them be Warriors and Mages and Healers, it opened up for — OK, we’ve gamified this, and we’ve empowered our kids to do this … what else can we do? Which is how things like boss battles and the bounty board started in my class. We started here, so what else?

I think it helps [that Classcraft is] so customizable. The fact that it’s a space where you can customize so much, and it’s meant to be tailored to your classroom … It felt like something that the community and Classcraft really embraced, like you loved seeing what we were doing.

Everyone is able to be their own designer for their classes.

Has Classcraft helped your students to become more creative?

When they’re more engaged, they’ll get more creative because they’re working on what they’re supposed to. It’s also helped because I’ve had students come to me with ideas for quests on [our] bounty board, or they have ideas for sentences and daily events.

One of the quests I have that kids can do is write the backstory for their character. And the next day, I had a kid come in with a five-page story about the background of her character and how her character came to be where they were.

And I have kids who when they customize their avatars, they’ll talk about, “I’m making him look like this because he’s really tough,” or “She’s looking like this because she’s really pretty and she likes the water.” So they start adding attributes to their characters. It’s fascinating to see that they’re really taking [their avatars] on like that.

What new additions are you working on next for your class?

We started reading A Midsummer Night’s Dream. I asked the kids if they had any recommendations on how to improve [the lesson] using Classcraft, or what they would change. They were all saying more boss battles, which is interesting because their boss battles are their tests. So it felt like they were asking, “More tests and quizzes, please.”

So I created mini-bosses. Since it’s the end of the year, they get 500 XP for defeating them, so they’ve been leveling up quite a bit from it, which they enjoy. At the end of class, they always have to summarize their scene and answer a focus question on it. And they’ve been facing different Greek monsters. Because we talked about how someone’s playing the part of a lion in the play, the Nemean Lion showed up and was going to attack them. So if they defeat him, they get 500 XP, and if they don’t, they would lose 10-15 HP. [Whether they win] is determined by whether the class could get 7 or 8 out of 10 on their work. Then they’d pass their boss battle.

After that, they’re working on portfolios, and I’m going to frame that as the “big bad one” has brought back all of their past bosses, and they have to defeat their past bosses one more time by putting together this portfolio showing how they have the strength to defeat them. Basically they put together a portfolio of their work, and then they’re going to meet with me for 5-10 minutes individually and talk to me about what have they learned, how have they improved, that kind of thing.

And then we’ll have one more big boss battle, which is a whole review of this semester.

Has it reduced any of the anxiety your students feel about tests and quizzes?

It has immensely. I used to have kids who’d come in here freaking out about tests and things like that. They come in for boss battles, and they are amped. They are ready to go.

Even if it’s not anxiety, just the dread of taking a test and the frustration of it.

What advice would you give to teachers looking to use Classcraft to make their classroom a more creative place?

Open it up for student suggestion. The rule is that the Gamemaster’s [the teacher’s] final word is all, but it’s still important to have student input because if they see that it’s only something coming from you, they’re never going to open up to be creative about it. I’ve had kids tell me who we should have for bosses and what we should do next, and they really contribute.

Then when they see that their suggestions were taken and their creativity was applauded, they’re not only more creative, but also more engaged and more interested in making it succeed.