An interview with Tyler Waller 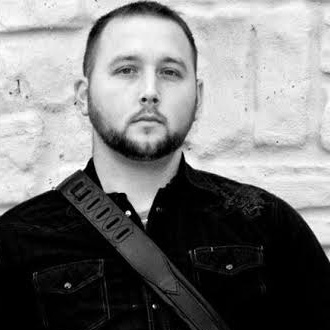 Tyler Waller is a computer engineer with several passions — hunting, fishing, and playing live music to name a few. His biggest passion is teaching students the wonderful world of technology. To Tyler, there is no greater success story than one told by actions of successful students after they graduate your class.

Thanks for talking with us today, Tyler! To start, tell us a little about yourself as an educator and what classes and grade levels you teach.

I’m starting my eighth year as a computer technology teacher at Dawson-Bryant High School. I teach computer repair, computer networking, and now we’re bringing in a new class next year, which is video and sound.

I went to Marshall University to be a computer engineer, finished that up, and got out of school with a few certifications under my belt. I tried to find a job in the computer engineering market around my house, and there pretty much weren’t any. So I looked in my local newspaper and found out that the high school I went to was looking for a computer repair teacher. I applied, and literally two weeks later, I was teaching high school.

Why did you decide to use Classcraft, and how has it been useful to you?

I was researching the idea of gamification in the classroom. … Through my childhood, I was a really big gamer, and I like the idea because kids nowadays, 95 percent of them play games. I was looking for a way to bring that into my classroom without going overboard.

I ran across Classcraft, and by that time there was about six weeks left of our school year. I had a group of seniors I really liked, and they had already certified. We were just basically doing above and beyond what we needed to anyway at the time, so I started on a very small scale. I had about 12 students in that class. I wanted to do it with them to see if my older kids would take on to it because I knew my younger kids would.

The seniors that I had really enjoyed it, and said, “I can’t believe I’m graduating now that you found this. I wish you would have had it when we were freshmen.” When I go around talking to people about Classcraft, people are amazed. I show them some of the results I’ve got with it with raising grades.

This year you did a fun experiment in your classroom that had you growing a beard! Can you tell me about what that was and how it went?

I was growing a beard, and I was kind of fond of it. It wasn’t like I had a big, giant beard. I was going to shave it off because I felt a little weird growing a beard because some people don’t think that growing a beard is professional, especially in the area that I live in. But I was thinking one day, “Wow, it would be cool to make a random event called ‘The Bearded Gamemaster.’”

When it happened, the event was that if at least one person in the class got a 100 percent on any of the exams or quizzes, then I couldn’t shave. When they started that, I had this small five o’clock shadow going on, and I didn’t think it was going to last more than a couple weeks. I didn’t make the quizzes any harder or any easier. Next thing I know, seven months later, I’ve got this giant beard.

My administration asked, “What’s this all about? You probably should shave that off.” And I told them about it, and they immediately said, “You just let that thing grow.” Because that means as long as the beard was growing, at least one kid was doing well. And it was the kid that was actually taking it to heart and really doing well with it. They were doing better than they ever had before, just because they had a little bit of control over me. The kids thought it was funny, and it didn’t hurt me at all. It was just something I came up with going to school one morning that changed the way the kids reacted in my class.

I would have kids studying at lunch before my class, all day as a group, just so that I couldn’t shave. The funny thing about it is that on the day I finally got to shave, the person with the highest score got a 99 on the exam. So they were one point away.

What was the value for you in trying something off-the-wall with your students?

Parents were coming in for parent-teacher conferences and seeing me with this big beard, and basically judging a book by its cover. When I would tell those parents what was going on, they were immediately onboard with it.

I’m lucky enough that I have administration at my school who understands the whole being wild and crazy thing, because the kids that I deal with ... our school is very low income and there’s not a whole lot of stuff that the kids get to do on a daily basis. The six hours at our school may be the best six hours they have all day. So I’m trying to make it not only educational but also worth their while to come in. I want students to want to come in to my classroom, as opposed to just happening to be there. Being spontaneous helps to keep the kids more interested than if it were just a straight lecture class.

What role do teachers play in student motivation? How can we foster healthy motivation in the classroom?

Teachers play one of the biggest roles in student motivation. When I first started teaching, I wasn’t trained formally in any way. So when I first started teaching, I looked back at my high school and college career and said, “Which teachers did I like, and which teachers didn’t I like?” And I took the teachers that I liked. I took their mentality and how they taught and how they were upbeat, and it made me realize that I really liked them because they made me want to come to school.

We’ve all had those teachers that just come in and read out of a book and lecture to you the same stuff that you were supposed to read the night before, and they don’t put any effort into making the class fun. If they make you feel like they don’t want you to be there, then you’re going to get the same response from the students. If you just come in and bore them to death, you can’t expect them to do well on exams or state testing.

There are days that I don’t feel good, and I don’t want to be there. But I never let them see that. I just go about my ways and try to make those days even better.

Do you have any advice for teachers who struggle with motivation in the classroom?

That’s a tough question to answer because all students are different. One of the very first things that I do with my students is I give them an hour of class — I have an hour and a half — just to write a narrative about themselves. They tell me what they like, what they don’t like, what makes them tick. And a lot of times I’ll read through those, and I get to know those kids on a personal basis.

I can say this person here is a gamer, so I know they’re going to take part in Classcraft and do really well. Then I might see somebody who, his parents are extremely big farmers. His idea of fun may be different, or maybe he doesn’t have the opportunity to do certain things because he’s working on the farm with his family. I’m going to have to motivate him totally different than somebody else who is a gamer or likes technology.

Find out what kids like and figure out some way as a teacher to incorporate it. I live in a very rural area. One of things I did that worked very well was I talked to the guidance counselor and the principal about making laminated passes that had my signature on it. The guidance counselor made these passes that would get the student into any home sporting event for the remainder of the year. I made three of these, one for each of my classes, and the student with the highest XP for a given week got that pass. So they could go to the home football games for free, or the volleyball games. I didn’t cost us any money. But just because they could get in for free, it motivated them to go to these events and support their classmates.