I’ve been a game nerd since Christmas Eve 1986, when my Nana taught me to play penny-ante poker. Sitting around the dinette table, I remember the frustration of losing to my family members for years until I learned enough to finally win. 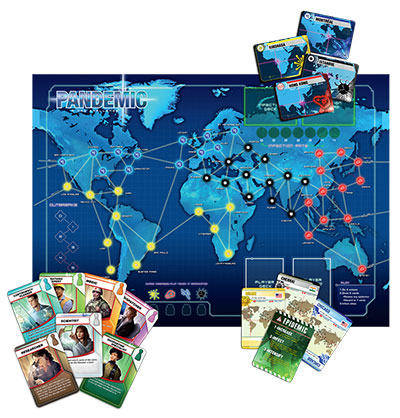 It was a “trial by fire” method that certainly worked, but it taught me to be a cutthroat competitor rather than a supportive team member. That’s not exactly the best tactic considering modern workplaces demand collaborative skills, so I give my students a different learning experience.

Cooperative board games, like Pandemic and Forbidden Island, teach students to work together against a common enemy or toward a common goal. They learn to use the unique skills of each player to achieve more than they could by themselves. They gain invaluable experience communicating in stressful situations and develop a strong connection with their teammates, fueled by the thrill of collaborative victory or that funny “let’s play it again!” feeling that comes after a narrow loss. Building these critical 21st-century skills is important, and it comes without feeling like “school.”

Cooperative games have been around for years but are not as widely known as more traditional games that pit players against each other (like Monopoly or Risk). They come in a variety of types, from defense games like Castle Panic to problem-solving challenges like Pandemic to treasure-collecting games like Forbidden Island. Each has its own style of gameplay, but they share a common theme of players using their turns to make decisions that help the entire group.

One common element of many cooperative board games is the idea of unique advantages. In Pandemic, for example, each player has a special ability that can help the team to defeat the contagious diseases that are threatening to kill all of humanity. By working together, players use their abilities synergistically to achieve more. It’s fun to watch new players learn the ins-and-outs of their ability in real time, often realizing too late that they could have provided more help if they had made a better decision. 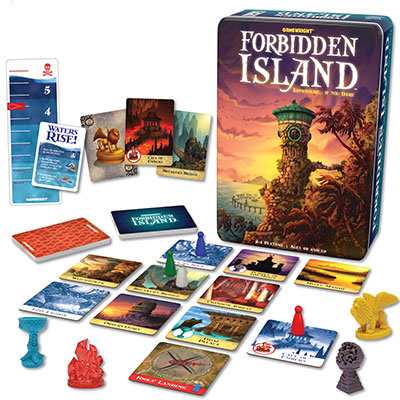 Another fun part of collaborative games is that players are encouraged to talk to one another during the game. This is so different from many other games in which “table talk” is prohibited.  In fact, it often takes new players a few rounds to realize that they should be talking more to work out strategy together.

In Forbidden Island, players must cooperate to ensure that no one gets stranded as parts of the island sink into the ocean. I enjoy listening to students work out their plans several moves ahead to achieve victory—in stark contrast to the struggle of getting them to plan their class projects in advance.

And that’s the real benefit of playing collaborative games in class: motivation. Any teacher can attest to the constant battle to get students to work hard on class assignments. Yet they are often willing to play a video game level hundreds of times until they figure it out. The same student who gives up after failing to learn a skill in class on the first try will struggle for months to reach an objective in their favorite game, never once considering failure as a reason to surrender. Clearly, games (video or board) offer lessons to teachers in terms of how to motivate students.

When you consider the added value of team-building that cooperative games can provide, there are really lots of opportunities during the school year when it makes sense to take them out and take some time to play. 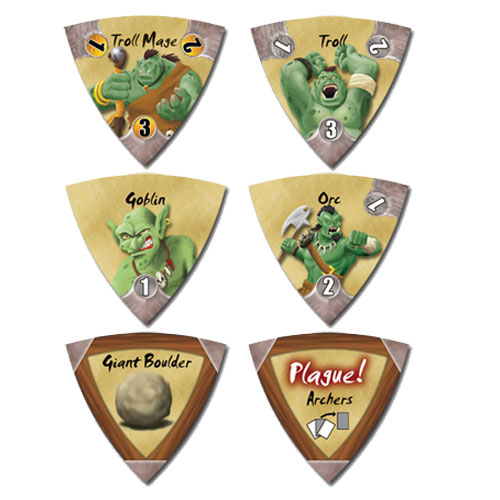 First, I recommend using a cooperative game day to break the ice after forming new groups early in the year. Groups will be much more cohesive after spending some time saving their castle from the attacking hordes in the rousing game of Castle Panic.

Second, I suggest a game day as a reward after finishing a big unit of study. Students can relax and forge closer bonds with their teammates after working hard to pass a test or turn in a project, and you can use the opportunity to grade some of this work.

My final suggestion is to make sure that you sometimes make time to play the games with your students. Never be afraid to join the game. Students will have renewed respect for you after you’ve worked together to find water in Forbidden Desert, the sequel to Forbidden Island. And, you’ll gain new insight into the way that they can collaborate. If you’re like me, you begin to look for ways to incorporate those same skills into your regular classroom lessons.

Here’s where to start

Below are a few of my favorite cooperative board games (and one app-based game).

Castle Panic: Basically, this is a tower-defense game in which players try to defend their castle from monsters that can attack from any side. It’s simple to learn and quick to play, so I recommend this as a starting point. 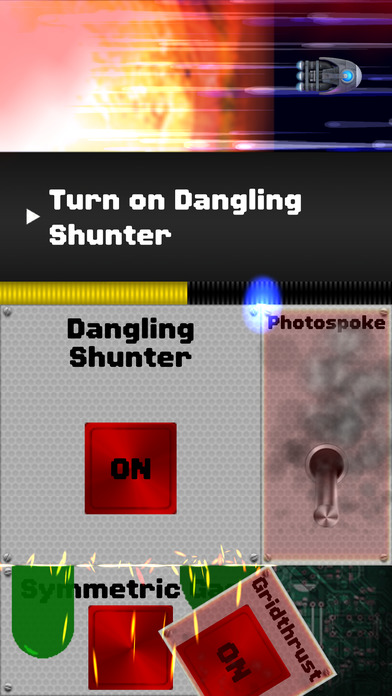 Forbidden Island (and Forbidden Desert: Thirst for Survival): These are my favorite games in the genre because they exhibit all of the features I’ve described above. Players have unique skills and use them to survive while collecting pieces of treasure and then evacuating from the island. These require a little more time to play (30-40 minutes), but they are worth it.

Pandemic: This is the classic member of the cooperative games genre, and it requires the highest level of maturity and time. I would only suggest it for upper middle school and high school groups, and only when you have an hour or more to play. The content is very relevant to science classes, and the gameplay is exciting and different every time.

Spaceteam: This is the outlier on this list because it is not a board game. Players in Spaceteam must all have the free app installed on their smartphone or tablet and be on the same Wi-Fi network (or close enough to connect via Bluetooth).

The premise is super simple: You are all trying to fly a spaceship together. Each person receives an instruction (“Reset the Conflagrulator”) and must communicate it to the rest of the team because it must be carried out by whomever has that tool on their screen. It is chaotic mayhem of yelling and shaking devices, but it’s worth it for the team-building and communication practice.