With only a handful of ed-tech companies achieving B Corp status, Classcraft heads to the top of the class

SHERBROOKE, QC, March 19, 2019 — Classcraft, an award-winning Engagement Management System for schools, announced today it has been officially certified as a B Corp. In order to receive certification, companies must meet the highest standards of overall social and environmental performance, transparency, and accountability and aspire to use the power of business to solve social and environmental problems. Brothers Shawn and Devin Young, along with their father Lauren, founded the business in 2013 and launched their innovative edtech product in 2015.

“We’re very proud to be one of the few ed-tech companies worldwide to meet the high standards required to be B Corp certified,” said Classcraft CEO Shawn Young, headquartered in the company’s Sherbrooke office. “Through this process, you can’t just say you're doing good for kids, you have to prove it with data and research. For us, it was easy to offer proof of our results because we provide impact measurement to educators nearly every day.”

Classcraft President Devin Young, based in New York, explained, “Classcraft’s Engagement Management System (EMS) provides real-time data on student engagement, academics, social emotional behavior, and skills development, data that is critical to driving innovation and measurable results in schools and districts today. Being a B Corp is one way to have an independent body validate that the way we are doing our work is aligned with the actual work we do.”

Shawn added, “We’re committed to a triple bottom line, having a successful company, providing powerful impact to our customers, and positively contributing to society and our environment. That’s always been our mission.”

“The MaRS Catalyst Fund is thrilled to have supported Classcraft through the B Corp process and ultimately as a certified B Corp,” said Kathryn Wortsman, Fund Manager for the MaRS Catalyst Fund. “As a mandate of the Catalyst Fund, all of our portfolio companies complete the assessment to build best-in-class environment, social, and governance practices. We believe this sets up our portfolio companies for success as mission alignment combined with good governance, employee practices, and environmental policies support a motivated and healthier culture for improved overall company performance and customer satisfaction.”

B Lab, the nonprofit that provides the certification, describes B Corporations as “a new kind of business that balances purpose and profit. They are legally required to consider the impact of their decisions on their workers, customers, suppliers, community, and the environment.“

B Lab’s Country Manager of Canada, Kasha Huk, stated, “We’re proud to have Classcraft join the ranks of the B Corp community of leaders that are driving a global movement of people using business as a force for good. It's exciting to see this leadership within the education technology space and across the more than 150 industries and 60 countries currently representing the B Corp community globally.”

Founded in 2013 by brothers Shawn and Devin Young and their father Lauren Young, Classcraft is an award-winning ed-tech company serving more than 5 million students and educators worldwide and a Quebec- and New York City-based certified B Corporation. Its proprietary Engagement Management System (EMS) uses the cultural phenomenon of video games to help educators drive measurable academic performance, non-cognitive skills development, and school climate. By blending students’ physical and virtual learning, the program reframes their progress in school as a game they play together throughout the year. Classcraft is used in more than 160 countries and is available in 11 languages. 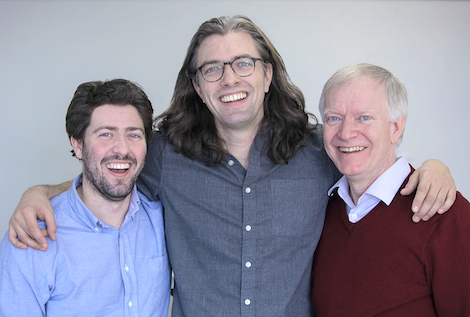 Shawn Young is the co-founder and CEO of Classcraft. Shawn taught 11th grade physics for 9 years, holds a bachelor’s degree in physics and a master's in education from Université de Sherbrooke, and is a seasoned web developer. Shawn sits on the Scientific Advisory Board for UNESCO’s MGIEP, the corporate advisory board for Future Ready Schools New Jersey, and the corporate advisory board for SETDA. He’s the vice president of the Edteq Association and an Ambassador for the Education Faculty of the University of Sherbrooke. He’s guest lectured at Harvard and advised the White House on the future of assessment and the roles games have in K-12 education.

Devin Young is the co-founder and president of Classcraft. Well-versed in education and experience design, he leads the company’s communications, marketing, design, and storytelling teams. Devin is a serial entrepreneur and creative director who’s previously run an ed-tech company and a production company whose clients included Chanel, Microsoft, Intel, See.me, and The Future of Storytelling Summit (FOST). He has served as an advisor to the White House, SETDA, and Future Ready Schools New Jersey. He’s also guest lectured at Harvard and spoken at ISTE, SXSW Interactive, Games for Change, ASUGSV, the Department of Education’s ED Games Expo, Creative Mornings, and the New York Tech Meetup.