When considering the implementation of a positive behavioral interventions and supports (PBIS) program, it’s not uncommon for administrators to deliberate about  which grade levels the program should encompass.

However, it’s important to bear in mind that PBIS is actually most successful when it’s implemented schoolwide. Keeping a PBIS program consistent across the board will allow students to better understand the values and behavior that they should demonstrate, from one school year to the next.

PBIS addresses the need for improving emotional, behavioral, and social support. In essence, it not only holds the students accountable for their conduct through positive reinforcement, but it educates them as to what behavior they should be exhibiting both in and outside of school.

Many times, the children who are struggling with behavioral issues do not have the home life that instills positive values. With PBIS, this is one of the most beneficial aspects. Children who may not know the difference between positive and negative behavior are given the guidance they need.

The tiers of PBIS

PBIS typically consists of three tiers. When districts commit to investing time into a quality PBIS program, the behavioral improvements can be quite noticeable.

Tier 1: The first tier is universal and addresses the entire student population. It sets expectations for proper behavior for all to follow. When implemented correctly, Tier 1 instruction will meet the needs of 80% of the students, and it will provide a baseline of behavioral expectations that most will follow.

Tier 2: Tier 2 addresses the 15% or so of the student population who are struggling with behavior issues that aren’t adequately addressed in Tier 1. As interventions are put in place for each student, things such as accountability, self-management, mentoring, and monitoring checklists are introduced to help assist the students with problems and concerns about their conduct.

Tier 3: This last tier is for the small number of students whose needs are not addressed by the first two tiers. Usually, this is only 2-3% of the student population. In Tier 3, counselors, therapists, and others are involved in more intensive and individualized efforts to remedy the conduct issues that these students are experiencing.

It’s a common misconception that PBIS is not necessary for younger students, such as those in preschool, kindergarten, or 1st grade. In reality, however, PBIS is appropriate — and even necessary — from pre-K to Grade 12.

Behavior problems do not spring up overnight. They can take a while to manifest themselves, starting from an early age. This is why it’s important to think of PBIS as proactive rather than reactive. Addressing behavioral issues when they are already severe enough to notice can lead to more difficult interventions later on.

There are several reasons to make PBIS a schoolwide program. Here are some of the more prevalent ones that demonstrate the strength and impact of a schoolwide approach.

PBIS is not one-size-fits-all:  No two PBIS programs are alike. Each district can tweak things here and there to make the program suitable for their wants and needs. By considering the entire district, the implemented PBIS program could address specific problems that the district is encountering.

Consistent decisions for discipline and rewards: Students and parents can become frustrated when behavior expectations change from one grade level to the next. By committing to consistent guidelines for PBIS, everyone will know what is expected of them year in and year out. This not only entails an approach to discipline, but how to reward the students through positive reinforcement as well. Plus, with a solid approach to discipline, teachers can concentrate more on teaching and the students’ academic performance has a better chance to improve.

Schoolwide expectations: PBIS addresses students’ needs for emotional, social, and behavioral skills. When established at a young age, these values will be carried with students  as they become older. By keeping PBIS schoolwide, it will be more effective at maintaining these important forms of development.

Using the data: Much of PBIS has to do about data on each individual student. As records are kept, it establishes how well the program is working for the students and what does and does not work. By having PBIS schoolwide, you will have both a broad and individualized vantage point from which to steer your program.

Applying strategies: For each tier, there may be separate strategies that the PBIS committee would like to use with the students based on the issues at hand. By maintaining consistency and using research-based strategies schoolwide, PBIS will become standardized and more effective.

Decreased discipline issues: When students are taught positive behavior year after year, there are dramatically reduced rates of school suspensions, drug and alcohol abuse, and detentions.

Administrators will usually take the lead when deciding to implement a PBIS program for the district. But before long, there will be a team in place that will make most of the important decisions.

When establishing a PBIS committee that will be tasked with setting up a strong program, it’s beneficial for the district to analyze their needs and compare them to other schools that already have a PBIS program in place.

While it’s true that every PBIS program is often different from the next, there is no reason to reinvent the wheel. There may be things that other schools are doing that the committee may not have considered originally, and happen to be right for their school as well.

Furthermore, there is plenty of helpful information online that could make your PBIS program start off as strong as possible. Once parents and school staff are engaged and supportive of PBIS, the potential for improving behavior and school culture grows immensely.

Learn how to plan for the future with your programming

Fill out the survey here 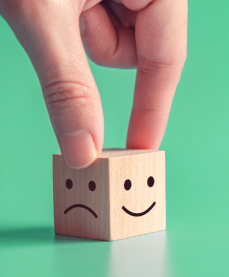