Perhaps you’ve wondered before if Classcraft was inspired by the massively multiplayer online role-playing game World of Warcraft (WoW). Although World of Warcraft wasn’t the reason behind Classcraft’s name, the team dynamics between Warriors, Mages, and Healers came from MMOs like WoW.

But the similarities don’t stop there: In addition to valuable 21st-century skills, World of Warcraft also teaches players to work as a team and to stay determined when learning. Having played WoW since its launch in 2004, I’d like to draw from my experience as a “raider” to examine World of Warcraft’s educational value.

In World of Warcraft, a raid consists in a special mission to take down extremely powerful enemies (bosses) located in a specific area (a fortress or a dragon’s lair, for example). In WoW’s current expansion, “Legion,” between 10 and 30 people—and many hours of play!—are required to successfully complete a raid. 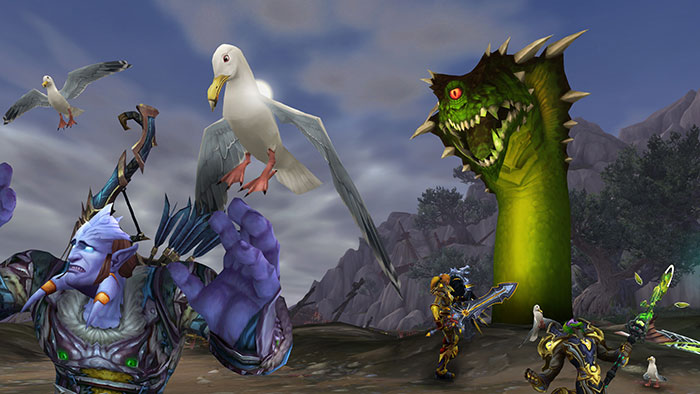 A raid group needs people taking on all three roles: tanks (players who keep the enemies’ blows directed toward them and away from the rest of the team), healers (who make sure their teammates remain healthy), and damage dealers (who focus their attacks on enemies). All players must study and be aware of the different difficulties and hurdles of the fight: For example, raiders have to dodge flying projectiles, take cover behind objects, and move away from their teammates when they’re affected by an adverse condition (like being poisoned or on fire).

Fail to respect those rules and mechanics, and you’ll probably have to start all over again. (I remember well my guild’s 32 failed attempts on Imperator Mar’Gok, an approximately 15-minute fight, back in the “Warlords of Draenor” expansion. This is called “chewing glass” in WoW lingo.)

Defeating a boss is not an effortless task: It requires focus, perseverance, and a good knowledge of the fight mechanics on one hand and of your character’s toolset on the other. Indeed, there are 12 character classes in WoW that come with two to four specializations, and each possesses a dozen special abilities. These abilities must be used in specific contexts (like preventing an enemy from casting his spell or “executing” an enemy who has below 20 percent health). Good raiders are expected to study outside of raid time in order to understand what’s required of their class and role.

In this sense, raiding challenges and encourages you to be the best you can be. Failing, no matter how many times, is a chance to reassess and try again until you succeed. I’ve experienced a deep sense of accomplishment after taking down a particularly difficult boss, and it didn’t come from winning a cool piece of equipment: My satisfaction arose from the feeling of progressing as a team. (Although, to be completely honest with myself, I also like to compete for most damage with my teammates or with other people playing my class, just as I strive to best my own personal records.) 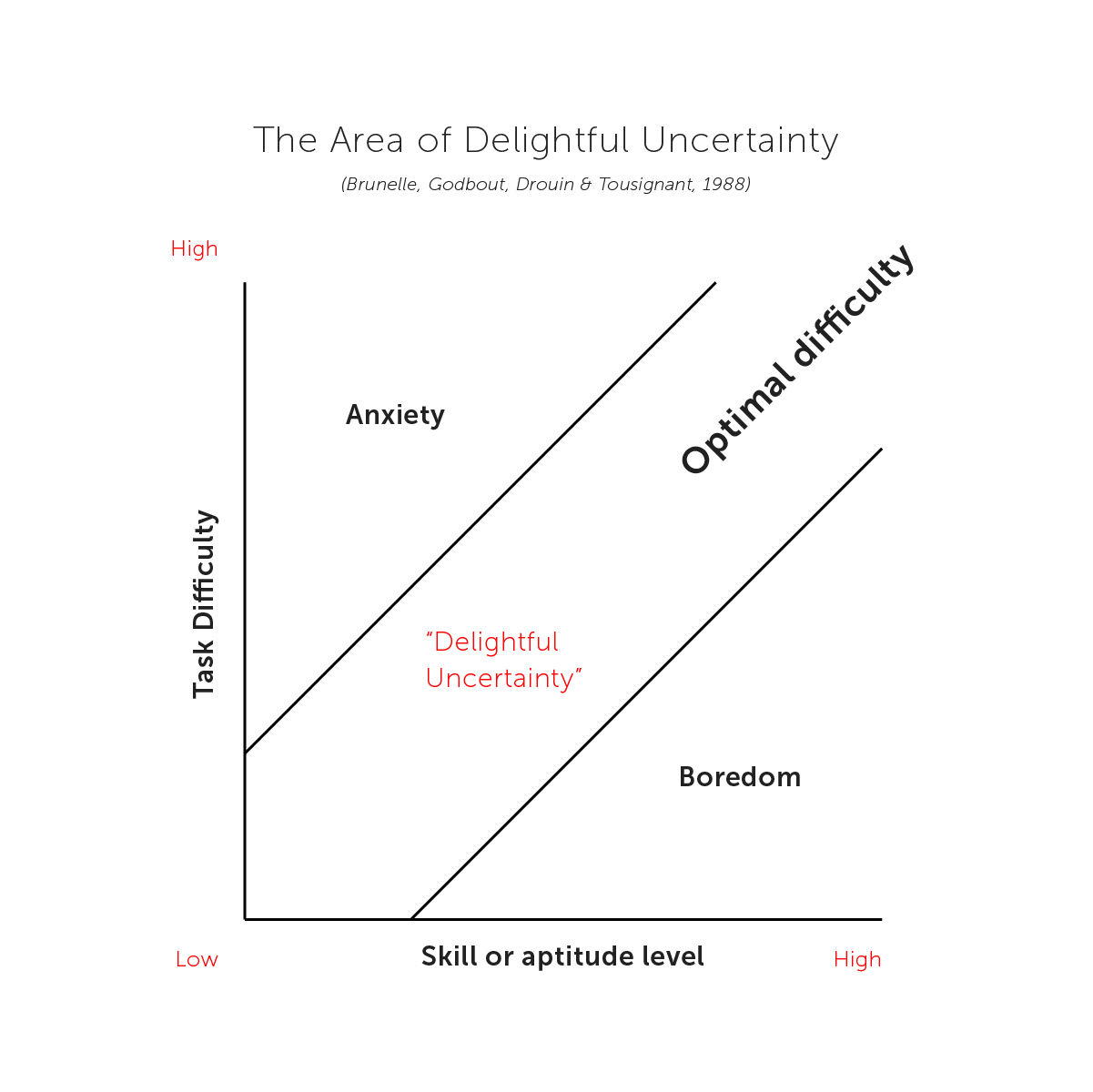 This relates well to the concept of “delightful uncertainty” in education: the idea that a difficult task—but not too difficult—is an optimal source of development. In WoW, persistent efforts to become a better raider pay off and give a sense of achievement. While cool gear remains a source of external motivation (greater for some than for others), raiding also rewards with a sense of progress that motivates intrinsically.

Since it requires 10-30 people, raiding is also inherently social. Raiders must converse verbally (through voice-chat applications like Discord or Mumble) in order to share strategies and get organized. Competing for best damage takes a backseat to coming together successfully as a team.

For tanks and healers, who keep everyone alive and well, clear coordination is a must. Damage dealers must also make decisions to facilitate the tanks’ and healers’ jobs and to favor the team’s success rather than focusing on looking good on damage meters (external applications that measure all kinds of data). In short, respecting the fight’s difficulties is incumbent upon all for the sake of the group’s success. 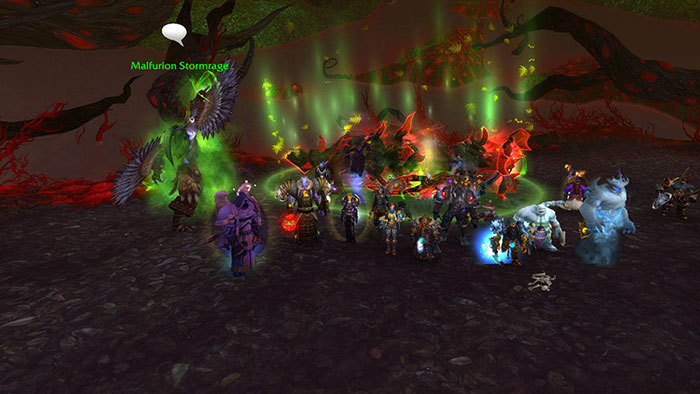 My team posing next to the raid boss we’ve just defeated.

Students must learn to work together and consider their team’s best interest. Collaboration remains an essential 21st-century skill that is amply developed in WoW, where failure and success must be equally shared as a team.

Just as coordination between players is crucial, feedback also has a huge place in raiding. Every week, raid leaders and officers study fight logs to determine how their team did well and where they need to improve. If you’ve ignored important mechanics throughout the fight, you’ll probably be called out.

Players, just like students, must learn to understand expectations and accept constructive criticism. It’s a great place to work on being more accountable as you admit to yourself and others, “I made a mistake; this loss was my fault.” Moreover, players can work on keeping their frustration in check and phrasing their feedback constructively and empathically. When everyone collaborates to hone a strategy, teammates develop their listening and communication skills.

World of Warcraft, and raiding more specifically, is made up of more than frantically hitting keys on your keyboard. I believe such gaming activities, which require various efforts—studying, participating in a group, giving and receiving feedback, etc.—highlight the importance of caring. 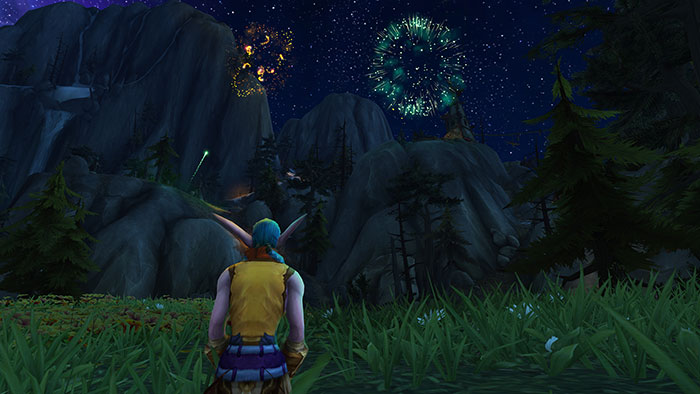 In this sense, games have valuable learning qualities: They offer safe environments where players can experience being someone else (of a different race or different gender, perhaps) and, what’s more, a hero capable of great feats. Raiders get to measure their progress against raid bosses, who offer a good challenge (and who, story-wise, pose a threat to the world!).

Not only can they feel great about improving their abilities with each attempt, players also get to persevere when learning. Moreover, they learn to communicate with their team and develop soft skills like collaboration, receptiveness, and empathy.