At the “VR in the Classroom” panel at Games for Change 2017, some of the best minds in education gathered together to share their best practices for using virtual reality in education.

Education gurus Steve Isaacs and Cathy Cheo-Isaacs and education game developers Dan White and Jesse Schell contributed to the talk. Here are their top insights and recommendations for using VR in the classroom:

1. Flip the experience and make it student-centered 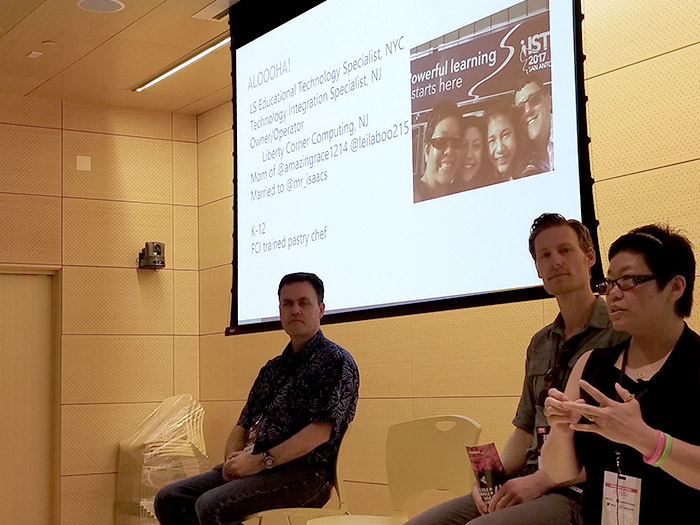 Cathy Cheo-Isaacs, the education technology specialist at All Access Labs, looks for opportunities to turn teacher-led experiences into student-centered experiences where students are creating.

“‘Look and learn’ is the entry point in terms of cost and educator experience,” said Cheo-Isaacs, referring the VR experiences where students observe rather than interact. “You want to get the teachers and leadership really excited about the possibility and potential for VR. … But the power is in the kids’ creating the content.”

She added, “If the students are creating the content, they have a stake in it and the interest level is increased.”

Cheo-Isaacs has used classroom tools like Google Cardboard and Google Expeditions. For teachers looking to try something new with VR, she recommends Schell Games’ 3D puzzle game WaterBears and CoSpaces, a tool that helps anyone create virtual reality experiences. 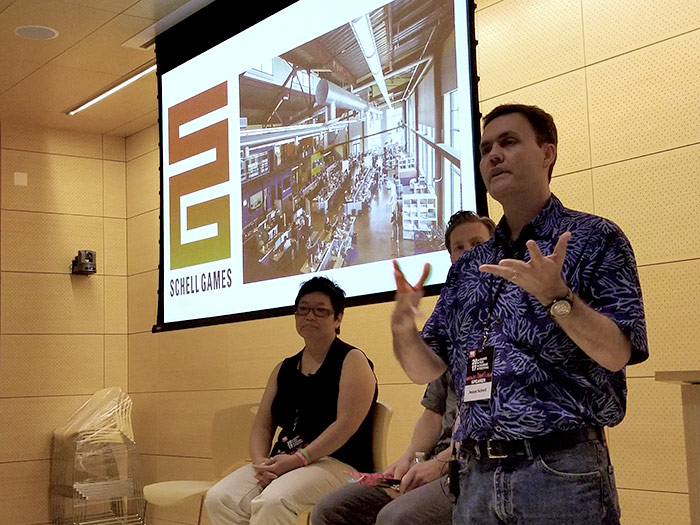 Because VR hardware can be expensive for schools, education game developer Filament Games created a prototype where one student was wearing a VR headset and others were interacting in a different way through laptops or tablets.

This places an importance on student communication and collaboration and makes for a valuable learning experience, according to Dan White, Filament CEO.

It also helps stretch budget. “It’s going to be a long time before it’s normal to have 20 or 30 VR headsets in the classroom,” added Jesse Schell (pictured above), the owner of education game developer Schell Games. 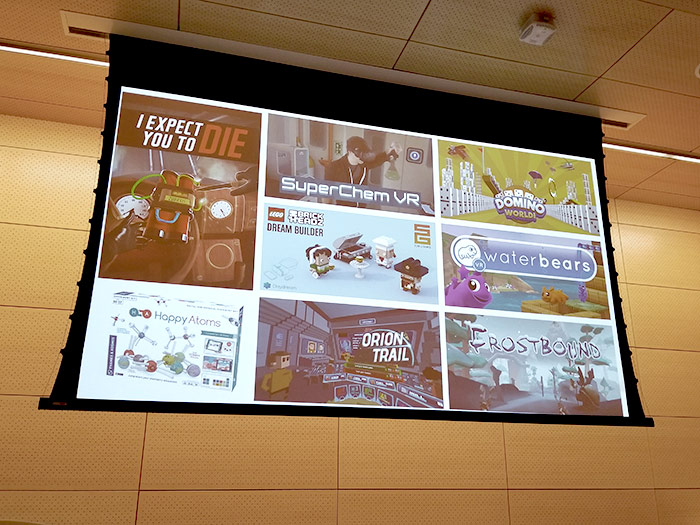 In SuperChem VR, having a virtual environment negates the expenses and risks of a normal laboratory setting. “The real payoff is when you have physical objects that are combined with virtual objects,” Schell said, such as with Happy Atoms, which enables teachers to bring chemistry to life with both physical and digital teaching.

To convince anyone of the power of VR, Schell recommends Google’s room-scale 3D painting app Tilt Brush and 360 cameras.

4. Keep iterating as you learn 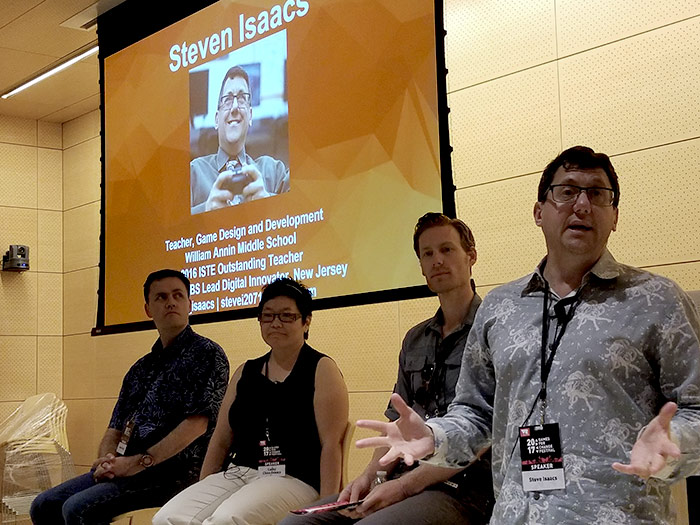 Steve Isaacs, a game design and development teacher at William Annin Middle School, says his goal is to give students a lot of choice, as well as new tools and opportunities. “My real interest is getting kids to design and create content,” he said.

Students need guidance with VR, and he also has them show their work through videos, blogs, or other mediums. “Everything we do is about iteration,” Isaacs said. “[My students] design, build, test, peer review, go back and fix, and ultimately publish their work.”

His favorite VR tools include WaterBears and the lesser-known 3D Sunshine, which lets students build in and shape their favorite game worlds.

5. Use VR to enhance, not replace 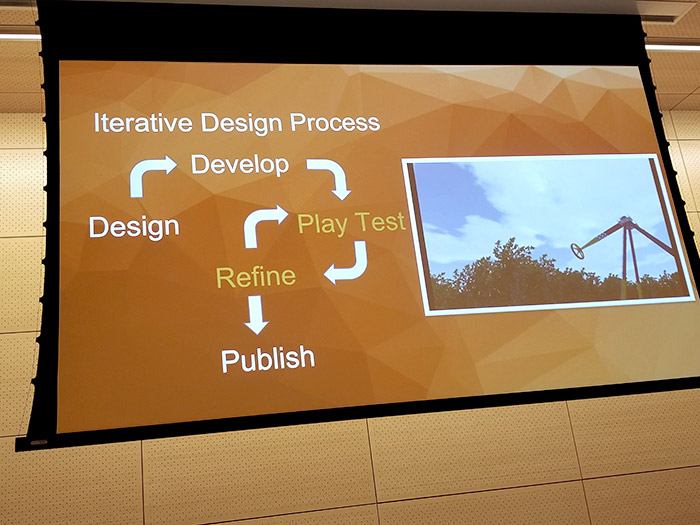 Filament’s Dan White noted that VR shouldn’t replace what you’re already doing, but instead enhance it in ways that you can’t achieve through normal instruction.

Incorporating touch is especially important to Filament, and it goes beyond the basic “look and learn” approach. “The idea that we can now embody students in a space where they have hands for the first time … I think there’s a ton of interesting things we can do with that,” White said.

It’s not just about a mouse and keyboard anymore. “Where we’re going to go with simulations is going to be incredible,” Isaacs added.