Minecraft. It’s huge in gaming and in education, too—for both kids and teachers. We talked to Steve Isaacs, an educator and one of the producers of the Minefaire expo this weekend in Philadelphia, about why Minecraft is big and why it’s shaking the education world.

Why should teachers care about Minefaire? 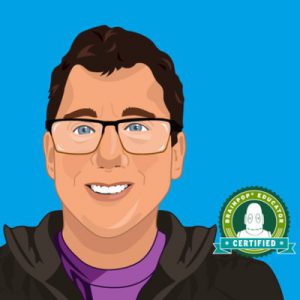 Steve Isaacs: What we [producers Steve Isaacs, Chad Collins, and Gabe Young] were able to do was bring together some amazing educators who are going to be presenting at the event. People like Stephen Reid, who’s well-known internationally in terms of Minecraft and consulting with using it in education. Adam Clarke, who is another tremendous figure in that area. They’re both coming from the U.K., essentially.

We have other people like Mark Grundel, who runs the #MineCraftEDU chat [on Twitter] with Garrett Zimmer. I’m hoping he’s going to come as well. Adam Bellow from Breakout Edu is going to have an attraction there, so educators will get to experience BreakoutEdu but also with a Minecraft theme. We have Joel Levin coming, he’s the original creator and founder of Minecraft Edu, the original education edition, and he’ll be presenting on the evolution of Minecraft in education. Mark Smithivas is coming from Chicago, and he’s doing a session on parents and how parents can support learning with Minecraft.

There’s also going to be a huge area called the Learning Lab where Mark Cheverton, who’s an author, and Mark Grendel are going to showcase their teacher professional development server where they offer actual free workshops in Minecraft online, and we’re going to have a lot of content in there for [teachers] to experience. We have Lucas Gillispie, who’s another great person out there using Minecraft. He created what’s going to be the essential Minefaire server, and that’s a server that’s based on his server called EduRealms, which is a community of educators and students that play together on that server.

We’re going to have a whole area for Minecraft Education Edition, where teachers can learn about the new education edition, which recently launched. And we have a whole stage for presentations specifically around education, including student presentations. It’s this big portion of the event that’s going to be dedicated to parents, educators, and students. My vision for that also was, passionate Minecraft-using educators always want an opportunity to get together and share ideas, so we’re creating this whole comfortable space to just bring people together. When you take the combination of the influential people that they can all see in one place and hear from, as well as the idea that they can meet and connect with other Minecraft-using educators, it seems like a perfect fit.

So Minefaire is much more than just a fan festival. For teachers, students, parents …

There’s a lot going on. It sounds like a great learning opportunity.

Isaacs: What you said there too about parents that’s so important to note is that we are designing content that will appeal and be directed to parents. I think a lot of times when parents originally purchase tickets or think about coming to Minefaire, they think they’re coming because obviously their kid needs a chaperone to attend. Our goal is to bring the parent into the experience, and that’s very important because otherwise they’re looking at their watch. We’re really trying to bridge that gap.

The fans, of course, are going to be beside themselves because we have a great list of YouTubers that they’ll get to meet and all sorts of other stage content, like build battles among the YouTubers. So it’s really bringing the whole culture of Minecraft together.

It sounds like it’s a really good thing to make content for parents because there’s still stigma around games and how parents see games being used in education.

Isaacs: Absolutely. Yeah. There are the parents that are very supportive, there are the parents that know the kids play but wonder, especially when it comes to school, “[This is] the game that they’re playing at home, now why do they need to play it at school?” There’s such great value when you bring something that kids are excited for and good at into school … If we can open parents up to that, then I think we’ve accomplished something really big.

Why does Minecraft matter to education?

Isaacs: … It’s funny, my mom just asked me last night. She was very confused about this whole Minecraft thing. So she said, “I don’t understand. Is it a software, and you could teach geography in this software?” No, no, no. It’s a game. At the core, it’s a game. But it’s a sandbox, open-ended, virtual-world environment that people have done amazingly creative things within.

I teach game design, so I have kids making games inside of Minecraft. That’s very different from what a language arts teacher might do, where they decide that the kids are going to re-create a scene from a novel within Minecraft because that’s where the kids are excited to demonstrate their understanding. So here you take an activity presumably like that one, and you know, a lot of times we have this whole thing where it’s like, okay, every kid in the class is going to make a brochure and that’s going to be the project. You end up putting 50 brochures up on the bulletin board. And the kids, whatever, they do it. When you give at least this opportunity for them to take something they’re passionate and excited about and allow them to be in charge of their learning. Okay, I’m going to demonstrate everything you want me to put on that brochure, but I’m going to do it in Minecraft. I’m going to do the scene, and I’m going to animate it, and I’m going to have the characters interacting within it. And they can take it so much further than that.

But to your question of, why does it matter? This is what’s relevant to the kids. This is what they’re excited about. When we can find a way to relate to them in their world, we’ve also connected and allowed them to be affirmed for what they’re excited about. Not to mention the great potential for teaching real content if that’s how you use the game. Teachers have built these tremendous world to teach humanities, so they’re essentially creating their own role-playing games where the characters are walking around and interacting with non-playable characters and experiencing it that way. There are teachers who have kids build what they want to represent, whether it be something mathematical or what have you. Jim Pike, who’s going to be at our event, he has fifth graders building fully functional calculators that are modeled after old, original computers. And these fifth graders are creating them.

So what they’re learning math, computational thinking, and all these different things, and that’s so different from how the language arts teacher is using it. It amazes me. It’s transforming education for a lot of educators and students. Especially the ones who are willing to take a step back and work with the kids and even co-create with the kids. If I give you this opportunity, what can you create? That kind of thing is a big shift from me being the keeper of the knowledge in the front of the room.

What sessions or activities are you personally most looking forward to at the event?

Isaacs: That’s a great question. And desperately hoping I can actually be able to take the time to enjoy some of them. One of the things that’s really neat. Adam Clarke and Dragnoz … Adam Clark is Wizard Keen. I don’t know if you’re familiar with Wonder Quest on YouTube? It’s really much more than a series. Think of it like a Saturday morning cartoon that has some educational content, but the characters are in the game. It’s not like a typical YouTuber saying, “Hey, we’re playing this today.” It’s a fully scripted awesome cartoon that happens to take place in the game.

Dragnoz and Adam are doing a session on behind-the-scenes at Wonder Quest, and they’re talking about how the show is produced and all of the nuances of doing something on that scale. It’s a very creative use of the game, and it’s teaching stuff, but it’s got a real big fanbase. And to accompany that, we’re creating an attraction for Wonder Quest where the episodes of the show will be showing on a big screen, but around that there will be computers where kids can actually be in the Wonder Quest worlds from the show. So in other words, the worlds they use to make the show, they’re going to bring and allow the kids to be in.

Some neat fun stuff. The 8-bit orchestra is performing each morning, and I just like to see each day start off with this great celebration of video game music. There’s so much. Those are two that jump right out to me.