We spoke to technology integrator Andrew Wheelock and Mary Howard, a 6th grade ELA and social studies teacher, about the projects. Both are members of the ISTE Virtual Environments Network, which gathers together educators from all around the world who are interested in using virtual environments and simulations in education. (Read our first interview with Wheelock here.)

How did the Islands of Enlightenment Project get started?

Andrew Wheelock: I work for Erie 1 BOCES, and we support districts through western New York. We have server capacity. We were able to download the OpenSim software and create our own virtual environment, which means we could do islands and buildings and whatever our imaginations and hard work could put into it. I wanted to bring that to grades 6-12 education.

We started with a program I call “The Understanding the Holocaust Project.” We did a digital re-creation of the streets of Amsterdam in 1944, with Anne Frank and the secret annex, and we let kids explore the secret annex digitally. Then we incorporated elements of Common Core from science to math. We try to hit on almost every subject area. The key piece is that kids read the book … they get a digital [avatar] so they can actually interact with the environment, and the last piece is to make them museum curators so the kids create their own digital exhibit about the Holocaust or Anne Frank. That’s the key piece: Letting kids create something powerful digitally, which ties in all of the elements of reading, writing, problem-solving, and also gives them a real-world skill of what a curator does and how you represent information.

The second project was the Heir of the King, which was a medieval roleplay, and that’s a quest-based learning system. … We gamified it where kids travel through a medieval village, and they have to work their way up through the class system, which gives them a historical basis. Then it also gives them a literary element because when they finally get to the castle, they have a mystery to solve. It’s kind of an Arthurian legend. You have to problem solve, there’s four different characters, and they have to think, who is the rightful heir? 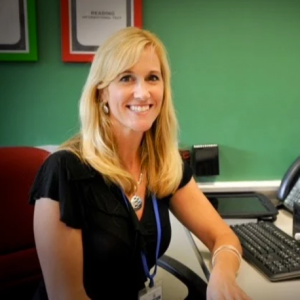 Mary Howard: Andrew introduced me to Islands of Enlightenment when the concept for Heir of the King was hatched. He was looking for social studies teachers with curriculum knowledge and a willingness to experiment and explore and become true pioneers.

Andrew often refers to me as the ‘curriculum whisperer.” I suppose that’s because I have the ability to see and integrate the standards in unconventional ways. When Heir of the King was born, my passion for gaming in the classroom and knowledge of the curriculum allowed me to carve the pathway that became the gamified platform for Heir of the King. I was able to breathe life into the characters of Matilda, Franklin, Victor, and Brother Francis and create a medieval world with all of the important concepts that students need to learn built into it. It also allowed us to integrate the essential steps that students need to learn […] so that when [they] earned a badge, it was for a skill they needed to be successful moving forward to the deeper embedded curriculum with the game.

Can you tell me about the Frank Lloyd Wright project and the work you did on it?

So the architecture piece was a really natural transition, and we used a local Darwin Martin house here in Buffalo [New York], which is a Frank Lloyd Wright-created house. We were able to work with them, and they gave a lot of the background of Frank Lloyd Wright and the principles of prairie-style architecture, and it’s just amazing that the kids incorporate those elements and ideas and put them into their own builds and then eventually springboard out and created architecture of their own using their own ideas.

Howard: Frank Lloyd Wright was a project that I was initially skeptical about! I simply couldn’t conceive how students would be engaged and inspired studying the work of an architect … my goodness, was I wrong!

When you are working in virtual environments, students just don’t consume content, they have the ability to design and create. This is why the Frank Lloyd Wright idea was so perfect. When I designed the curriculum module for this project, I had to embrace the building concept. So I started by introducing and learning everything I could about Frank Lloyd Wright and his architecture, his strategies and the over 500 structures he designed in his lifetime. I also started building within the virtual environment myself.

By teaching students about horizontal lines, central hearth, stained glass, abstract design, and many other concepts, they had a firm foundation from which to build in the virtual environment. As the project continued, the students taught me more about the nature of virtual building than I could’ve imagined. While I underestimated the students ability and desire to build, the students pushed and pushed me to provide them with more space, more resources, and more freedom and to learn more as a builder so I could guide them in the process. In the end, they created works that emulated Wright’s work but inserted the beautiful quirkiness that is a sixth grader.

What other projects have you done with students?

Howard: As I discovered the passion that students have for building and design, I implemented a project that I titled ‘Invent-It.” This project was essential a virtual environment shark tank concept.

Students were asked to create an invention that could solve a need of society in some way. The earlier stage of the project emulated the patent process, so students had to conceive of an idea, establish the need in society, design a prototype, label or diagram that prototype, and submit it to the “patent” office for approval. Once students were approved, they had to establish their marketing plan and create their storefront. Students received mall space in the virtual environment where they could build, animate, and sell their creations.

Wheelock: My next two [projects], I want to incorporate more of an artistic piece to it. I want to bring the arts. I guess the best example is if you saw a traditional art museum, you’d go to the museum, you’d look at the art, awesome, great, and then you’d walk away.

They won’t let you take pictures, they won’t let you touch the artwork. You’re an observer, which again … I love art museums and I love seeing great art and artists, but with this kids could create art, put it in a digital form in the museum, and other kids are able to either contribute to that art or take photographs of that art, creating their own artistic rendering off of that. That to me is the project I want to focus on this year and get teachers involved with.

The other one is teacher gaming academy, which is creating games within the virtual environment that either teachers create, or better yet, kids create. 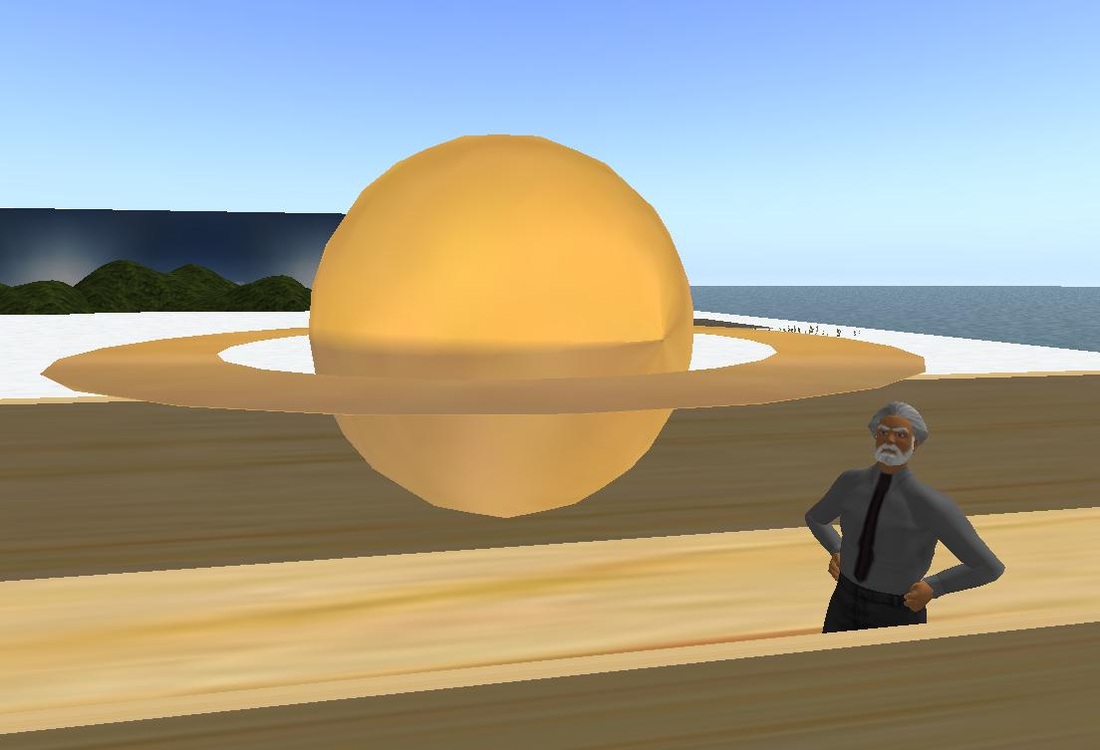 Was it hard to organize getting students online and participating?

Howard: In a word, yes. There are many initial hurdles that require a great deal of patience. Virtual environments are bandwidth-intensive, so when class sizes are large, it is often necessary to stagger student log-ins. The initial phases are a challenge as well as the learning curve can be steep.

As far as participation is concerned, the only difficulty with that is reining in the student enthusiasm. They want to learn, explore, fly, create, change their clothes and avatar, as well as collaborate and do it all now. It is often difficult settling them into the task at hand and establishing the essential elements of the menus and navigation.

Do you have a favorite of the Island projects?

Wheelock: They’re kind of like your kids. You’re happy with the way they’ve transitioned. From my standpoint, because my goal is to help teachers get to that next level, it’s nice to see the teachers that I’ve worked with get out of their comfort zone. When you see them say, “hey, I’d like to do this,” that’s the fun for me.

When I’ve gone into schools and seen the kids working, that’s when the magic happens. Teachers say, “Oh my god, these kids are focused they’re working, they’re talking in these fantastic conversations about how do we do this, how do we do that, hey look at what I did …”

When I’ve seen [Mary’s] kids, they’re now going, “let’s code.” And they did that organically. I’m very limited right now in my coding talk, but the kids are doing coding because they want to, and say, “I want this to happen, how does that work?” It’s not a chore for them, it’s a challenge. Those are the sparks that are amazing.

Howard: These projects make me feel like a rock star teacher. Students run to get to my class when they know it is a “Singularity” day. They teach me things all the time, they clamor for information, tips, advice, and hunger to learn more and more.

Why are these kinds of projects useful in education?

Howard: The bottom line is engagement. Virtual environments bring students from having to be in your classroom to wanting to be there. It brings them from passive recipients of information to active seekers of knowledge.

The projects and assignments become journeys that we all go on together. We don’t necessarily know where we will end up, but we know in the end the journey will be fascinating, insightful, and filled with creative exploration.