To celebrate the release of his new book, Game-Based Learning in Action, educator Matthew Farber is sharing his four steps to promote real-world practice using Classcraft’s Quests for personalized learning, as well as other gamification methods and game-based learning tools.

You can read Farber’s guest post below. Be sure to enter our giveaway for your chance to win a free signed copy of his book, Game-Based Learning in Action: How an Expert Affinity Group Teaches with Games. James Paul Gee, who provides the foreword, is a researcher and professor at Arizona State University, member of the National Academy of Education, and author of the book What Video Games Have to Teach Us About Learning and Literacy. (UPDATE: Winners have been chosen and contacted. Thanks for entering!)

Matthew Farber, Ed.D. is an assistant professor in the Technology, Innovation, and Pedagogy program at the University of Northern Colorado. In Game-Based Learning in Action, he showcases the best practices of an affinity group of K12 educators who use games in their classrooms to give students agency while also teaching 21st-century skills like empathy, systems thinking, and design thinking. Farber’s previous book, Gamify Your Classroom: A Field Guide to Game-Based Learning — Revised Edition, features a foreword from USA Today’s Greg Toppo. Farber is also the co-editor of the Game Jam Guide.

Take it away, Matthew! 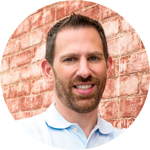 Like many of the teachers featured in my new book, Game-Based Learning in Action: How an Expert Affinity Group Teaches with Games, middle school teacher Steve Isaacs often uses games as the focal point of study. He has students play games of a certain genre (role-play games, text-adventure games), then author and publish reviews, and — finally — create games in those genres.

What’s more, his students don’t just code games; they become game designers. Schoolwork is delivered in the “epistemic grammar,” or language, of the game design profession. Students don’t turn in assignments; they complete design documents. Educational theorists call this situated learning, where learning is embedded in real-world practice. It is authentic, meaningful, and engaging.

Isaacs accomplishes this through choice-based learning, using questlines (a series of learning pathways, or quests) that begin by laying a foundation for later work. Students first create blogs to track subsequent work. Then they follow branched paths of different genres of games to play and review.

When Isaacs and I spoke in November 2017, he explained a new quest he’d made in Classcraft, “Journey to the Center of the Game,” where students explored a variety of game genres. Later in that questline, students played the classic game Oregon Trail and reviewed it. Then they downloaded the Minecraft: Education Edition Oregon Trail map, played and reviewed that, “and applied their game design knowledge to modify the map, and [then they] built in features from the original game to automate it [the world].” Similarly, a teacher can have students become fiction authors, and they, as gamemasters, become publishing houses. Students can read and review genres of fiction and then author their own works. 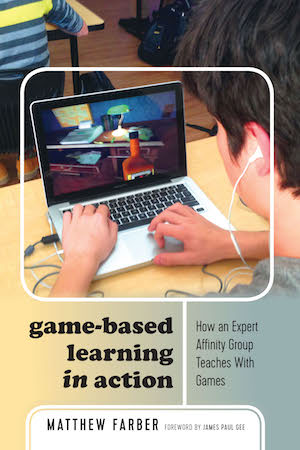 A questline on immigration issues could involve students applying projective identities. Perhaps they become immigration attorneys. Maybe you can invite a real-world immigration attorney to Skype your class or to review a lesson plan. Ask students to reflect in the language of an attorney. As a result, you’re not only teaching curricular content; you are creating a system of mini-mentorships — all within the framework of games and gamification! The following are some ways to use games, gamification, and choice-based learning to promote real-world practice in your class.

1. Start with an inquiry-based narrative hook

In my book, teacher Jim Pike described Cell Games, where his students made mini-games in Minecraft. In their games, players were shrunk down to explore 3D models of cellular organelles. Similarly, the Institute ofPlay’s The Way Things Work curriculum is a series of game-like quests, where students shrink down to rescue Dr. Smallz.

My research into expert pedagogy and game-based learning enforced the notion of having teachers create open-ended assessments. Ask students often to reflect on the actions made during a game or project. Their responses can be from the role they take on in a game.

If it is an inquiry-based lesson, perhaps students should reflect from the perspective of a police officer or detective. If this is the case, have students use the epistemic grammar, or workforce language, of that profession. Share with them examples of actual police reports.

Design quests that begin with students creating a blog or space to publish their achievements along their journey. Use screenshot evidence from games the same way you would use evidentiary support from traditional media (a book quote as evidence to support a claim).

Build out choices, but don’t overwhelm at the start.

Simply put, play drives learning. Educational psychologist Lev Vygotsky famously wrote, “In play, a child is always above his average age, above his daily behavior; in play, it is as though he were a head taller than himself.”

Play theorist Brian Sutton-Smith posited that play is “ambiguous” and difficult to define. He proposed seven rhetorics, or lenses, that define play based on the player’s situation. Rhetorics of play are play as progress, play as fate, play as power, play as identity, play as imaginary, play as the self, and play as frivolous.

In my research, when a teacher had an entire class play the same game, students were offered chances to be frivolous and silly, to take on different imaginary roles, and to track their progress live in real-time. To learn more on play theory and how it drives learning and real-world practice, check out this article.