Ask any teacher how they feel about technology in the classroom, and you’re unlikely to hear the same answer. You may also get asked for clarification: “Are we talking smart boards and laptops or iClicker 5.0 and Ergotron Tablet Management Stations?”

One thing’s for sure: Regardless of how you frame that question, you’ll open up a virtual can of worms that’s sure to evoke strong opinions and emotions, both good and bad.

The love-hate relationship educators often have with technology is both epic and epidemic. Every K-12 school in America and beyond is blessed and plagued daily by the use of technology — or, in some cases, the lack thereof. The acceptance of new technologies in the classroom is living proof that good teachers will do anything for their students.

It’s hard to overstate just how much our schools have changed over the past three or four decades thanks to technology. We live in a time in which K-12 schools are not exactly staffed homogeneously when it comes to high tech experience. The most experienced teachers grew up in an era that was virtually void of computers and cell phones. The youngest grew up in an era in which, if handed a magazine at age two, they’d intuitively place their tiny hand on the cover trying to manipulate the images as if it were an iPad.

In any case, there’s no escape from addressing concerns about technology in the classroom. There are enough problems with technology in our schools to give us a solid foundation from which we can improve. Our students — who, after all, are the reason educators choose this honorable profession — deserve our immediate attention and efforts in addressing these problems. Here are the top six complaints, pains in the butt, and general irritations surrounding technology in schools.

Let’s talk budgets. In tech years, we are, still quite young. We’re not so young, however, that we don’t have everybody on board at least somewhere on the technology trail. But we do have a disparity when it comes to funding. If you want to know where your school district is clopping along on this futuristic journey, ask the members of your community to open their wallets — therein lies your answer.

There’s no question that educational technology can be expensive. And rarely does a yes or no vote on a local bond or levy referendum end in a moment of collaborative unity. Of course, every situation is different, and what some see as wasteful spending, others see as the Holy Grail to the heart of their student’s future.

Technology evolves rapidly, and new digital resources are changing and improving. A school or classroom that is “cutting edge” today can easily fall behind due to the economy, a change in administration, a levy or bond referendum not getting passed, or simply its inability to keep pace with the latest changes.

Consequently, you may think that we’re far beyond defending the use of technology in any given area of our schools. If you do, chances are you live or teach in an area that has embraced edtech long enough to reap its great rewards. If you’re still battling that bureaucratic nightmare, you live or teach in an area that’s either underfunded or undertrained (or both) in the use of technology. If the latter sounds like you, the arguments may go something like this:

“Our state test scores are horrible. We’ve tried every strategy we know of and hired the best of the best to come in and help us evaluate what we can do to turn things around. Nothing has worked! Do you know what we’re lacking? Technology! Devices! Updated hardware and software! How can our students be expected to keep up with school district __________ (insert the name of the nearest district with high test scores and consistent investment in technology)?”

This is a valid argument, but shortsighted and incomplete on the part of the school district that lacks funding. Take the Kyrene School District in Arizona, for example. From 2005 to 2011, its residents voted to approve investing $33 million in technology for their schools. A New York Times piece noted this district’s standardized test scores remained stagnant after the implementation of new technologies. That’s not exactly what you want to hear after reaching into your pocket to open that “door to improvement.” It did lead to some very valuable discussions about assessments, technology-based staff development, and standardized tests — and precisely what it is that they measure.

The good news for the community of Kyrene is that they have been able to harvest a wealth of wisdom from this lesson, at least according to their school district’s website. Eight years later, they now boast having 14 schools named as an “A+ School of Excellence” (2017–2018), with nine of those schools scoring in the state’s top 10% of standardized formative assessments, including a STEM school, a Technology Immersion School, and a “technology-enriched learning district-wide.” The Arizona Educational Foundation (AEF) has been designating schools this prestigious award since 1983 — so you could say it’s a pretty big deal.

3. Connecting the tsunami of devices

Futuresource Consulting reported in a 2017 study that the use of mobile computing devices purchased by U.S. K-12 schools increased by 363% over a ten-year period. This trend continues to grow and shows no signs of stopping. Of course, very few of those devices would serve any purpose without the ability to connect to reliable Wi-Fi.

In a 2018 article, Education Week cited a stunning statistic from EducationSuperHighway, a nonprofit online resource that advocates for “all things education.” They reported that over 44 million U.S. students have access to high-speed internet in the classroom.

To appreciate that statistic, consider that just five years prior, only 4 million students had that same access. President Obama began an initiative to equip every school in America with a broadband internet connection in 2013. Promise kept … almost. That 44 million is 98% of all K-12 American students. There’s still 2% of that population (2.3 million) waiting for that connectivity gap to be filled.

For many, this may appear to be a story of progress and success, and it certainly is. But at the risk of sounding out of touch or unrealistic, let’s examine that 2% more closely. First, we didn’t start the beginning of these efforts in 2013 as the country with the highest population of broadband-equipped schools. No, this initiative was born of an urgent need for the United States to catch up with most other developed countries who, generally speaking, had 90% of schools equipped with broadband access. Countries with greater access in 2012–2013 came from Asia, the Americas, and Europe, according to a WSIS report.

Even more important, however, is the reality that many U.S. schools do not fully use the potential that broadband access offers. Just because a school has a broadband connection does not guarantee that its connection is being used to the fullest potential. Nor does it mean that:

That all sounds like good news, yes? Let’s just say that this five-year effort on steroids has, indeed, produced lots of good for students and teachers alike, and will continue to in the future. But, as with all change, there are growing pains. You might have a full tank of gas, but if you’re never taught how to drive the car, you’re not going anywhere. Such is the downfall of explosive technology growth. Schools have not kept pace with proper training in how to use all those connected devices.

In a study by the National Assessment of Educational Progress (2015), only 61% of 4th-grade reading teachers reported having no training in how to integrate educational technology methods into their classrooms. Overall, with more training for some and less for others depending on geography and demographics, it’s safe to assume that staff development in this area remains a problem for many.

Schools are improving in their recognition that all the devices and gadgets require more than good intentions — the magic and power of technology in the classroom comes directly from teachers who are good students of technology integration. Administrators, parents, and communities are gradually learning that they must support and cultivate this effort as well.

The price we pay for invaluable technology as a tool for teaching also comes with inherent risks. Teachers, administrators, staff, and students alike are vulnerable to those with less than pure intentions. Learning strategies that protect us from those evildoers comes with the territory. We all know or have been a victim of identity theft, cyber-bullying, phishing, or hacking in one way or another. Fortunately, technology progresses on both sides of that street, and if we take the right precautions, we can avoid getting run over.

“Bot” is modern slang for “robot.” Although most of us are familiar with automated bots that try to sell to and/or scam us, or those that take care of trivial work for us, “non-social bots” are what kids become when they spend hours staring at their screens. It’s a common complaint, but the potential for technology to impede the social development of our youth is real. There is no single strategy to combat the unintentional creation of social “bots,” but there are plenty to choose from. Awareness and management are essential. There is no replacement for genuine face-to-face interaction. So while technology is in many ways a blessing, it’s also harmful in excess.

Fixing the problems with technology in schools

There’s no doubt that we face an endless list of issues in providing a quality technology-integrated education for our students. Schools must be diligent in their pursuit of technology that works and spread the good news as often as possible to their parents and communities. However, it’s also important to be honest in addressing the challenges we face so that we can face them together. We must invest and not waste, learn how to maximize and encourage innovation, and remain committed to training and trusting our teachers with the most important people in the world — our children.

Proven impact on learning and motivation 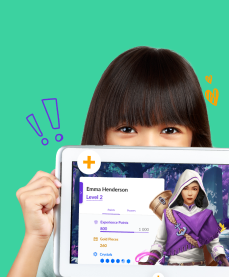