A newly released version of children’s social studies game Roman Town is bringing ancient history back to life … as a mystery game!

As members of Team Q, players are on a mission to solve puzzles and use their creative thinking skills to stop the master thief, Ladrone, from stealing the artifacts of Pompeii. Along the way, they can explore Pompeii and interact with its citizens, learn detailed factual information about life in the ancient city, and even play archaic Roman games.

The members of Team Q, Fiona and Charlie, each have their own mini-games. Fiona’s games are timed whereas Charlie paces himself to solve the puzzle- and logic-based games. Playing as both characters challenges players’ strategic thinking, spatial reasoning, memory, logic, and math skills. 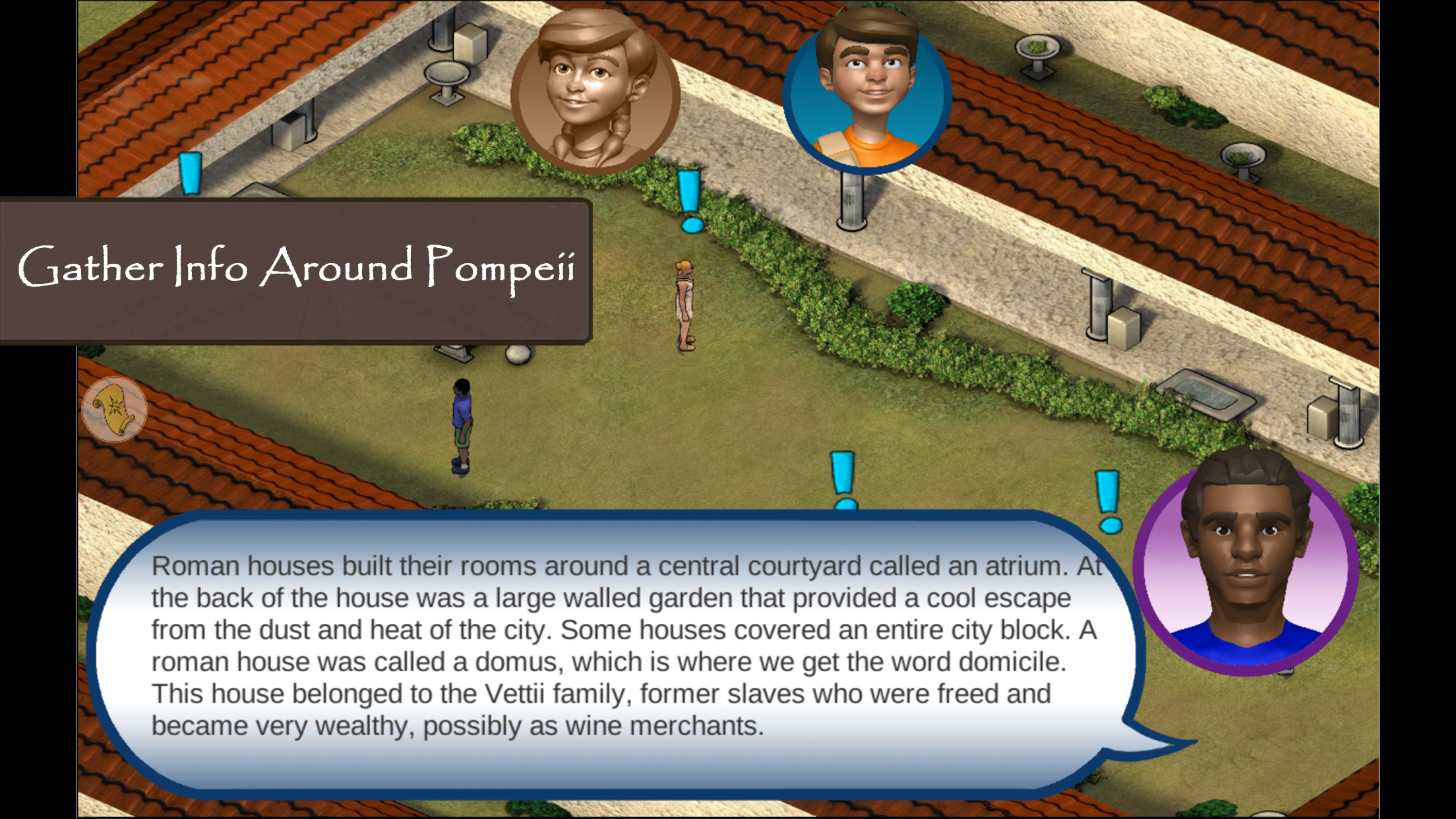 The educational history game has been designed in alignment with the National Council for Social Studies and Common Core State Standards for math and literacy.

Since it can be played in a few hours, the game is suitable for an in-class activity or homework. It’s also a great game for parents to use on car trips or rainy days.

Roman Town, from Dig-It! Games, was first released on CD-ROM in 2010 and then for iOS in 2015. Highly acclaimed, it was the winner of the Creative Child Magazine 2010 Game of the Year, On for Learning Award from Common Sense Media, and National Parenting Publications Awards’ Silver Winner 2015. The new release features updated graphics and gameplay.

Roman Town 2 can currently be played online and iOS devices, for $1 USD and will soon be available on Android. It can be played on its own or alongside Dig-It! Games’ additional history games, such as Excavate! Rome, for a complete history lesson.