As part of its partnership with Code.org, Minecraft Education has just released a new Minecraft Hour of Code tutorial called Minecraft: Hero’s Journey. Available on iOS, Android, and Windows at no cost, this tutorial comprises 12 challenges centered on teaching fundamental coding concepts such as loops, functions, and debugging.

After completing the tutorial, students will be able to import their code into Minecraft: Education Edition – a new feature – and bring their work to life in the game. They can even share it with others via email, text message, or social media.

Minecraft Education, along with its partner of two years, Code.org, is inviting educators to share their experience with Hour of Code using the hashtags #Minecraft and #HourofCode during Computer Science Education Week, happening December 4-10, 2017, to promote coding as an activity that builds creativity and critical thinking.

To date, 70 million Minecraft Hour of Code sessions have been completed, and Minecraft: Education Edition is used by 2 million licensed users in 115 countries. Teachers can share or use other educators’ lesson plans at education.minecraft.net. 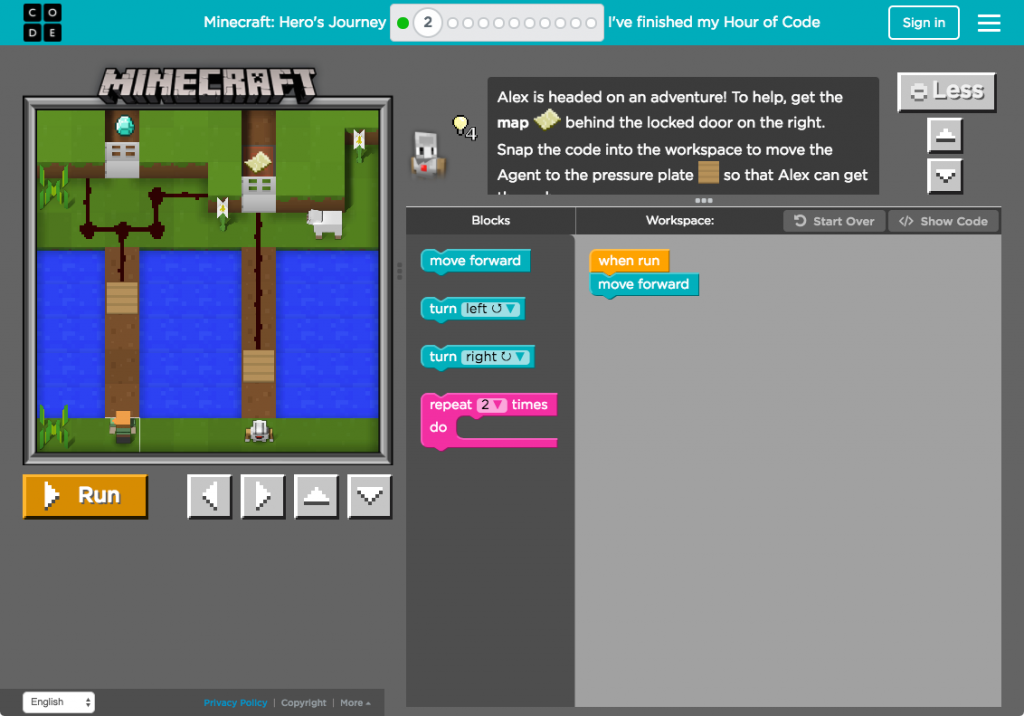