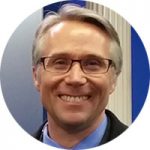 The Ambassador Award honors someone who has been a positive advocate for video games, either outside the game industry or within. Previous years’ winners have included Tracy Fullerton, who’s working on games like Walden, a simulation of Henry David Thoreau’s experience at Walden Pond; and Anita Sarkeesian, a media critic who explores the representations of women in pop culture.

This time, that award will go to DeLoura, who last year joined the Board of Directors at Games for Change. He’s also a member of Seattle’s Community Technology Advisory Board, where he works to promote computer science education and tech equity.

DeLoura formerly served as the senior advisor for digital media at the White House Office of Science and Technology Policy (OSTP), organizing the first White House Education Game Jam — bringing the government and game developers into conversation together — and starting projects like President Obama’s Computer Science for All Initiative. He’s also worked at big game companies like Nintendo, Sony, Ubisoft, and even Google.

“My response is that games are a tool,” DeLoura recently told GeekWire when asked why this kind of work is important. “Articles are a tool. Videos are a tool. Podcasts are a tool. All sorts of different media are useful in different circumstances, and games are a really modern form of media and we haven’t really figured out how to use it yet. And so investing money into figuring out how to do that could prove valuable.”