Now you can take your students on a tour of ancient Mesopotamia.

Dig-It! Games has released a new educational mobile game for social studies called Excavate: Mesopotamia. Available for iOS and Android (as well as browsers), Excavate: Mesopotamia teaches students in grades 3-7 about the scientific process of excavation by tasking them with uncovering artifacts from the region.

Students learn about concepts like stratigraphy, determine the right tools to use in different situations, collect and analyze findings using logic and deductive reasoning, and gain a deeper understanding of Mesopotamia’s history. 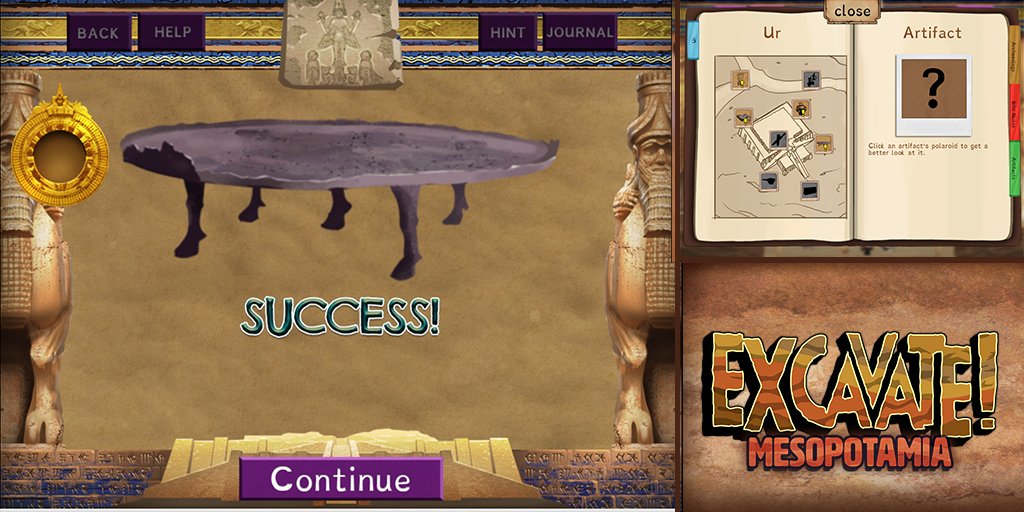 “Learning about ancient cultures through games is a new way to bring world history and culture to children and adults,” archaeologist and teacher Suzi Wilczynski, who designed the game, said in a press release. “We believe it can improve cultural awareness across generations worldwide while leading to a greater appreciation for the value of artifacts.”

“We are committed to being a leader in bringing history, archaeology, and culture to games,” said Wilczynski. “Recent destruction of important artifacts from Mesopotamia has made this effort increasingly important.

Wilczynski is referring to ISIS’s destruction of Nimrud, one of the featured sites in the game, which the UN Educational, Scientific, and Cultural Organization [UNESCO] described as a “war crime.”

Excavate: Mesopotamia ($3) is a new entry in a larger archeology adventure game series. It takes students through five different sites in Mesopotamia: Ur, Nineveh, Persepolis, Babylon, and Nimrud. Future episodes will expand upon learning the scientific process of archeology as students investigate locations in Central America, Europe, Africa, and more—from the Bronze Age to Early America.

Entries in the series about ancient Egypt and Maya are already available.