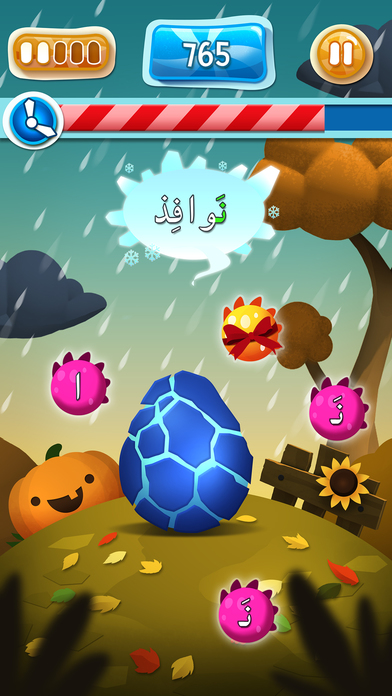 has announced the winners of its educational mobile app competition to help war-affected Syrian children with language literacy.

Feed the Monster (pictured right) and Antura and the Letters are the two winning games designed to help the estimated 2.5 million Syrian children out of school learn to read in Arabic. Both titles (for ages 5-10) offer a positive, motivational experience to help counter the learning difficulties that result from long-term exposure to conflict.

The apps are free to download for iOS and Android. File sizes are small (under 100MB), and the games are playable offline, making them more accessible to Syrian families. For refugees in a country with a different language of instruction, learning to read in Arabic can help them adopt a second language.

“It is important to stress that to these families their phone is a necessity for staying in touch with friends and family, for storing memories such as photos and important documents, and for accessing lifesaving information,” said EduApp4Syria project manager Liv Marte Nordhaug of Norad, the Norwegian Agency for Development Cooperation, which helped coordinate the competition.

The selection process for the winners during the competition involved multiple rounds of testing with Syrian children.