Jim Pike is a hero to third graders. He lets them play Minecraft in class … or as he affectionately calls it, “Mathcraft.”

Of course, the kids are really learning math—at an incredible rate. We spoke to Pike, who teaches in Los Angeles, about how using the popular game Minecraft has transformed his classroom and put his students ahead of the curve.

How did Mathcraft get started? 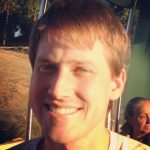 Jim Pike: I wasn’t much of a digital person. When my Sega Genesis broke when I was 13, I never bothered to play video games after that. I saw what was coming out with a lot of things on iPads, and I was very intrigued by them. I was talking to a colleague and she says, “Hey, I found this summer camp that’s teaching with game-based learning, you should check it out.”

I go to these two kids’ house, they’re like 24 years old, they had just come from Alabama to set up a Minecraft camp. I go, “Great, what’s Minecraft?” I had never heard of it. They show me the game, and I say, “No kidding, those are like base ten blocks. I could totally use this to teach math. And you’re telling me every kid in the world is already addicted to this?” Yes. “And I don’t need to organize anything?” Yes. So right away, it jumped into my head that I could teach math with this.

When the school year started, I called those guys up and asked them to help me out, and we got a Minecraft Edu lab and I started teaching math with Minecraft. I was able to turn buildings into algebra. I was able to stack blocks in a way to prove algorithms. I was working at a broke little Catholic school in south central L.A., and we went from 18 percent in math to 84 percent at the end of the year. We went from 24 to 81 percent in language arts, and I didn’t even gamify that yet. That was just because the culture of the classroom had changed so much that they knew that they had to perform on the language arts to make their math scores real legit, otherwise people could say they just learned math, [but] they didn’t learn how to read. So the number one thing I saw change was the culture.

My class and I would design formulas, we would open up our textbooks and start building out there. Eventually, within two months we had to throw the textbook out the window because we had already gone through 3rd grade standards in such a short amount of time, and it wasn’t challenging anymore. We had to go up to 5th and 6th. We were doing algebra, order of operations …

Why do you think they learned it faster?

Pike: Several reasons. First of all, it changed the culture. Minecraft is something that they wanted. When a teacher brings that to them, they now have an investment in their own learning.

The second thing that it did is the game is so visual that you could actually see the math. You could actually see the regrouping happening, and I didn’t have to teach math like it was a recipe anymore. Mix two parts this, bake at this degrees, you’ve got a cake. They would know the chemistry behind why it would work. Perimeter times height would be walls. You put a multiplication problem or an array on top of it, you have a roof. So I can say house equals P times H times A, and it would be instant. They were able to visualize the formulas.

Third, it was super fun. Wouldn’t you have liked math class better if you got to run around and hit your friend with a sword on horseback after you’re done with your problems and come up with these capture-the-flag type of games? That’s how I got started in teaching it. I fell into it accidentally by going on this job interview, and also at the right time because not many other people were doing it, and I was also lucky enough to be at that wonderful little school and have a boss who was … [Laughs] She was 90 years old. She used to be a nun, too. She was like, “Go for it! I’m not afraid to get my feet wet.”

Do you think that visualization aspect is something that’s missing from normal math curriculum?

Pike: It’s something that’s not being taught in normal math curriculum. You can get it with the blocks. If you have blocks, you can do these things as well because a lot of what I came up with was kind of like how the Greeks proved math, and a lot of that stuff is in the text. But for teachers, it’s hard for us to use manipulatives unless you’re that kind of teacher. Minecraft really made it simple. If I need them to watch, I would project my screen on the board. If I need them to build, I would have them go to the computer lab.

But yeah, I feel that visualization is missing a lot from the curriculum, or they write it in there but it’s not really being taught for a number of different reasons. … Not all the teachers are using the blocks on a daily basis. Not all of them are going into the concepts that way, they’re still teaching math like a recipe. One thing I like about Mathcraft is that we have RIDGES and CPMs, and we just use Minecraft as another tool to support that. So when they need to make a proof, then we have a gamified way to do it, or then we can go off on our own Minecraft lessons on our own. 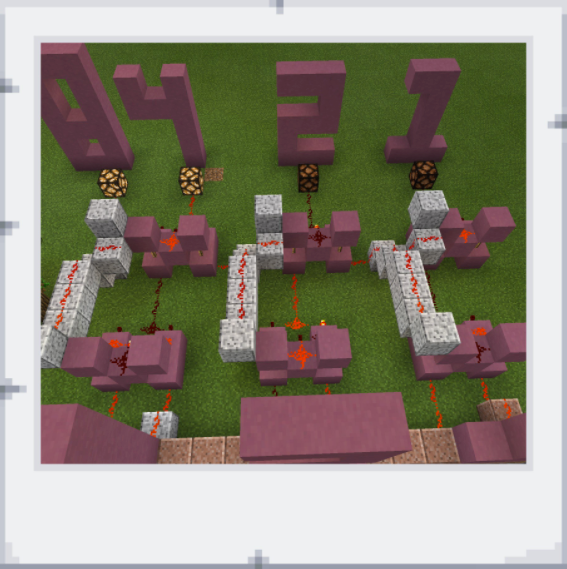 Pike: It is! And people think that just because it’s digital, it’s not tactile. In fact, I find it very tactile.

And then you get into Redstone, which is electrical engineering. All my students, week one, we build a binary calculator. There’s a block in the game that has electricity, and you can use it to turn on lights on a very small scale and then you can make logic gates, which is kind of a switch. An AND gate would be if you hold down shift and the letter a, you get a capital gate. So inside the computer there’s an AND gate that says when shift is pushed and letter pushed, output capital letter. So you can build those kinds of things into the game. From that, you can build calculators and build programs.

Have you ever considered Minecraft for virtual reality?

Pike: You don’t know how much. We wrote a grant last year to try to get a VR lab in my school. We didn’t get it, but yeah, I’ve experimented with it. One of my worlds I built we were able to put on VR, and I was able to walk around it. I can’t wait for the day when we can all just hop into the game. We’ll do our work on paper before we go in there, and then we’ll go in there and build it, and then we’ll hit each other with swords.

So yes, very much so. I think it’s only going to magnify and intensify the effectiveness of the game as a learning tool. And also probably the addictive factor as well. Can’t sweep that under the rug.

For you, what was an unexpected result or benefit of using Minecraft for math?

Pike: I did not expect to get to 6th grade standards for 3rd grade within six months. That was very unexpected. And then, it turned out that I can teach anything with this. So last year we made a movie. We filmed an entire movie inside the game. So that’s how we did a lot of the writing, I taught them how to do scriptwriting and screenplays. And then collaborative, cooperative groups and filming your scenes.

The math work is what I’m known for. But now I’m like, let’s talk about what we’re doing in science, it’s blowing my mind! We have a textbook that talks about the cells, and okay, cool, now let’s take this to a whole new level and let’s turn a cell into a video game. There’s always a new tool in Minecraft, so there’s a new block called a command block where you can write one line of code in it. So we can now do coding inside the game.

You were at the Minefaire event. What was your favorite part about that experience?

Pike: There was a lot of favorite parts. Getting to meet amazing people in the edtech industry. People like Devin [of Classcraft], Chris Haskell going cheesesteak tasting with him, talking with Steve Isaacs, find out that Joel Levin actually knows who I am was … [amazing]. The big takeaway of it was probably the community that is growing up around the game and the acknowledgement that is … All of the parents were there and excited to learn as well.

A lot of what I think about was the community around the game and all the different ideas from entertainment with the YouTubers. I went to MineCon as well, and there I learned that YouTubers are running the show. Minecraft is more YouTube show than it is an actual game, because the creator of the game was walking around, and he could walk freely, everyone knew who he was. But Stampy had to walk through the back corridors because Stampy couldn’t walk through the halls. He’d get mobbed. But the creator could still walk freely. That’s what I noticed about it.

It’s a YouTube channel. It’s an educational tool. It’s a video game. It’s a social hangout place. It helps kids with autism find their voice. All these little things in this simple, fun game.