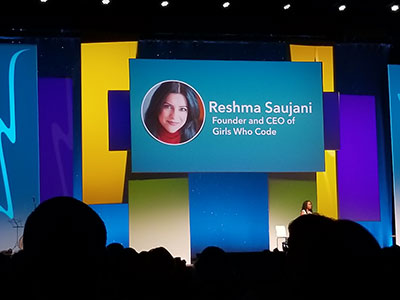 “I believe that girls are change-makers.”

In her keynote session at ISTE 2017 in San Antonio, Girls Who Code CEO Reshma Saujani discussed how America is stricken by a huge problem: We don’t have enough girls or women in computer science.

How she found herself working to find a solution happened almost by accident. “I am not a coder,” she said. “I did not major in computer science. My passion for building this movement comes from my experience in politics.”

The daughter of Indian refugees from Uganda, Saujani always wanted to give back to the nation that saved her parents’ lives by going into public service. At first she thought that meant becoming a lawyer. It took until she’d amassed $300,000 in student loan debt and worked a soul-sucking job in New York to realize that wasn’t the path to making a difference.

“[Hilary Clinton] said just because I failed doesn’t mean you shouldn’t try,” Saujani said. “And I literally felt like she was speaking to me. So I walked into my boss’s office, and I quit.”

And then she ran for Congress. And she failed, just like Clinton had. But in a way, she won, too.

STEM is in big trouble

During the time she was running for Congress, Saujani visited a lot of schools. Boys, she noticed, were interested in computer science and technology. “I thought to myself, where are the girls? And this question of where are the girls started as a question and became my obsession.” 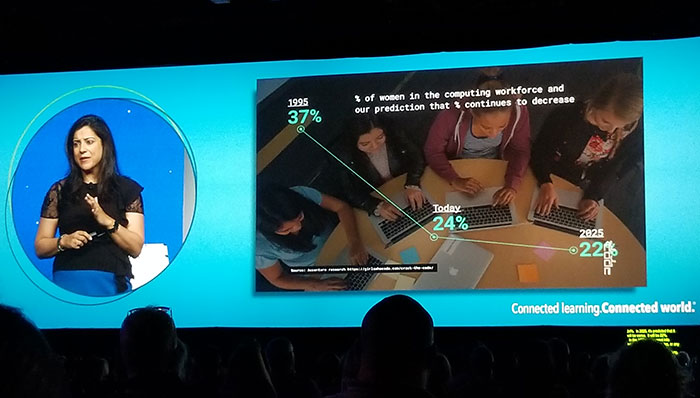 Saujani quoted some startling statistics. Roughly 71 percent of all STEM jobs are in computer science, but last year only 40,000 students graduated in the field — a number that has dropped dramatically and a poor comparison to China, for example. The jobs pay well, though, and 91 percent of them are outside of places like Silicon Valley and Boston. They’re in retail, finance, medicine, and more.

American culture is hurting us

What’s causing the problem? Girls have long been told by society that computers are for boys, even in movie representations. “You cannot be what you cannot see,” Saujani said.

But the issue runs deeper, on a more fundamental level. “We’ve created this culture where it’s almost like it’s cool for girls to not be good at math. To not like science,” she said. “There’s a Barbie doll that says, ‘I hate math, let’s go shopping instead.'” 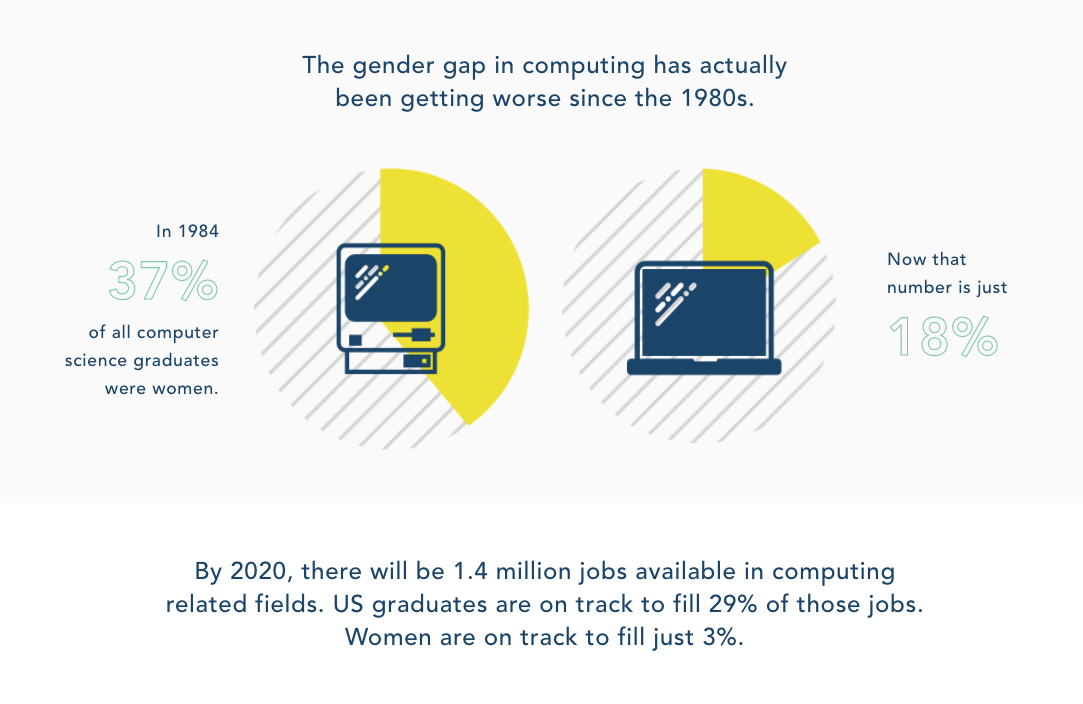 Women casually mention that they’re not good with numbers or spreadsheets in everything from a dinner party to a job interview, but they’d never go to those situations and say they can’t write or read well, Saujani said. “What are we signaling to our daughters when we say that?”

This behavior comes from raising girls to be perfect and boys to be brave, she said. “From a young age, we tell our girls to smile pretty and play it safe” — while boys climb the monkey bars and jump from the top. “By the time our boys are adults, they’re risk-takers.” But we’re coddling and protecting girls.

“We haven’t let our girls know what it’s like to be average, to be not that great,” Saujani said. “So when they feel they’re imperfect, they can’t handle it.”

Saujani saw girls’ struggles with coding firsthand. They would write code and then delete it so they were only left with a blank screen. “Instead of showing the progress that she’d made, she’d rather show nothing at all,” Saujani said. “Perfection or bust.”

But that’s not how the process of learning to code works. “It’s iterative,” she said. “It’s about failure. You have to sit with imperfection. You have to revel in challenge.”

In 2012, Saujani began Girls Who Code as an after-school program with twenty girls. Initially, she couldn’t get a reporter to write about it. Then it blew up on Twitter and started trending in Korea. “It’s like the world intervened to put this idea into the world,” she said.

“Today we’ve taught over 14,000 girls how to computer program,” Saujani said. “That’s four times the women who graduated in computer science last year. The problem is so bad that we’re able to make that kind of impact.”

Over 1,500 Girls Who Code clubs are spread across all 50 states — in public libraries, with companies like Microsoft, on Indian reservations, and even at a homeless shelter. Wherever girls struggle to get access to learning code. And 93 percent of their summer immersion graduates are going on to major or minor in computer science. “We can solve this problem,” Saujani said.

“To me, it’s bigger than just closing the gap for closing the gap,” she added. “I do this work because I believe there will be so many innovations that are left on the sidelines if we don’t teach girls how to code.”

One student created an app called ReThink that won on the show Shark Tank. It combats cyberbullying by asking kids writing harmful messages, are you sure you want to send this? She was sixteen at the time.

Everyone is part of the solution 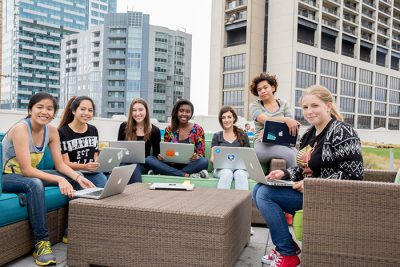 Because the lack of girls in computer science is a cultural problem, everyone needs to help make the situation better. Even companies like Mattel.

Saujani referenced a book called Barbie: I Can Be a Computer Science Engineer. In the story, Barbie says she’s more like an idea designer and needs her male friends’ help to make it a real game. “Basically in three sentences, Barbie told every girl that you’re not smart enough,” Saujani said. “You’re not good enough. That computers, they’re a boy’s thing.”

That’s why Girls Who Code is starting its own line of 13 books with Penguin. The first comes out this August. They’ll help 9-12 year olds and feature diverse characters, like blacks and Latinas. “Every girl in America will see themselves in these five characters,” Saujani said. “Literary representation matters.”

But ultimately, it’s on us to create a generation of change-makers.

“We can and must change culture,” Saujani said. “It’s simply not enough to get computer science in every classroom.”