Jennie Magiera is the chief technology officer for Des Plaines School District 62, which is an over 60 percent free and reduced lunch district. Before that, she taught fourth and fifth grade in Chicago Public Schools (CPS) on the south side and was the digital learning coordinator for 32 of the CPS schools. Prior to that, she was with New York City Public Schools.

She is also a White House Champion for Change, Apple Distinguished Educator, Google for Education Certified Innovator, TEDx speaker, and author of the upcoming book Courageous Edventures. She spoke at Games for Change 2016 about virtual reality in the classroom, and we caught up with her afterward for a phone interview about the subject. 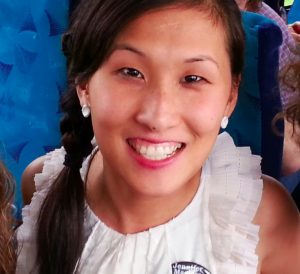 Jennie Magiera: I didn’t overtly. When Google Cardboard came out, Google started looking at how to make it something you could do in schools. As Jonathan Rochelle [director of product management at Google] said in our panel, it was sort of like a bunch [of people] at Google got together and had a “what if” moment. And the product manager for Google Classroom had already been working with me, as we were doing a bunch of pilots for classrooms in our schools, and I was in the early stages giving feedback on that. So when this came about, she said, “Would you help write some lessons and take a look at some of the panoramas?”

Google Expeditions used to be called Fieldtrip. I had to write some fieldtrips for it, and I wrote back with some feedback and ideas, and since I had done that work, I was able to do some beta testing, and it just kind of snowballed. So being in it from the very beginning and asking the big question of why and how would this be impactful and solve problems for classroom teachers helped me organically find my way into VR. So it wasn’t that I had a problem and thought VR would be the answer, or started using VR myself, it was more, “We have this idea, will you help us flesh it out?”

Why does virtual reality have a place in the classroom, and what can it do for education?

Magiera: What I found was that as a teacher, sometimes it’s really hard to get into those immersive experiences for students, especially when they’re hard-to-understand concepts out of context. So one example is, we had a teacher recently in my new district where she’s been trying to teach the Grand Canyon and different types of erosion and landforms for years and years, and the rock cycle. And every year, her kids would learn about the Grand Canyon and have a really hard time understanding how it was formed and what creates the rings around it and the beautiful colors and layers. She was trying to help them understand about sedimentary rock processes and different layers of the earth formation, et cetera. And that’s hard to tell from the photos and diagrams.

But when they put on the Google Cardboard into the Expedition and they were able to see really close-up using Street View and YouTube 360-degree videos. [They’d notice] that these rings in the picture look like they’re an inch tall, but when you get close up you see they’re hundreds of feet tall, and you can understand, oh my god, these layers are layers of rock. And you can see the crystal in it, and you can really understand as if you’re standing right against that rock face that the scale is so different than what you see in the pages of a textbook or even a flat photo on a computer screen. So seeing that scale and having that immersive experience helped her students understand in a much deeper way and also a much quicker way what was happening to the Earth millions of years ago to form the Grand Canyon. That was something she hadn’t been able to do over the many many years of her career as a middle school science teacher. So those are the types of problems we want to solve and the experiences we want to provide to our kiddos using virtual reality. 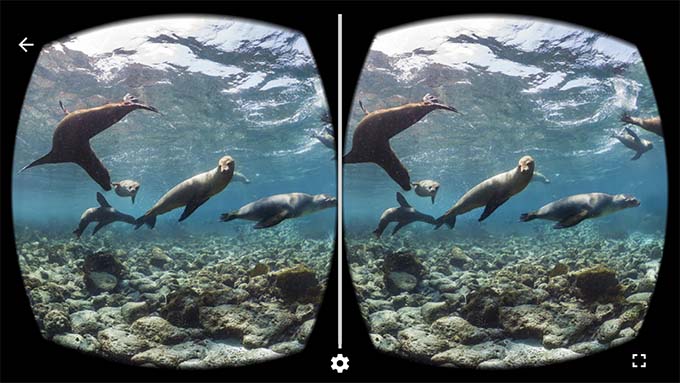 There’s the immersive experience to understand phenomenon, there are immersive experiences to understand social-emotional learning—putting a kid in the shoes of another student or another experience. We also hope that they’re going to come up with VR for points of view like as an ant, I think of a Honey, I Shrunk the Kids type thing, but having a student understand the micro-ecosystem of an insect and [creating] VR experiences that they can see what a blade of grass looks like from an ant’s point of view and understanding the ecosystem they have to deal with in an ant tunnel. Those types of things are impossible without technology, and that’s how VR can really support our kids’ learning and technology.

So it sounds like it adds a lot of excitement to learning for kids and makes it a lot more real than just learning about these things from pictures in a textbook.

Magiera: I think the excitement is there, but we have to be really careful in technology that we’re not resting our laurels on unengagement and excitement, because that wears off really quickly. The first time you get a new game, that’s super exciting, after a couple times, maybe less so. We want to make sure it’s solving an authentic problem in education.

So it is very exciting, and they definitely have that moment of, “Holy cow! Wow! Whaaat?!”. And that’s fun, especially developmentally, to see students put it on and then wave their hand in front of their face, and then take [the headset] off because they couldn’t see it. With that said, the excitement and engagement part isn’t the point. The point is how can we get our kids to understand these hard-to-grasp concepts in deeper ways by giving them immersive experiences in VR.