When it comes to finding 21st-century skills in action, look no further than your nearest virtual guild.

Marie Bjerede is an education and technology advisor from Portland, Oregon. She worked for Qualcomm for over 23 years, since the telecommunications equipment company was a startup, serving as its vice president of wireless education technology and leading engineers and testers.

A self-professed “leadership geek and learning advocate,” Bjerede stumbled into World of Warcraft almost by accident. When she got interested in mobile phones as tools for learning, she transitioned into education technology, where she’s worked for about seven years now. She started looking at gaming in education and felt like she ought to go hands-on if she wanted to know anything about it. So she gritted her teeth, bought WoW, and started playing even though she didn’t want to.

Now her whole family plays WoW together. Bjerede said it’s been a fantastic experience for “teaching my kids all about online etiquette and online behavior because we’re right there with them. It’s like we’re on the playground with them as things happen.”

Here’s our conversation with Bjerede and how World of Warcraft—what she calls a “workplace simulator—teaches valuable leadership and 21st-century skills.

What kind of things surprised you when you started to get into WoW?

Marie Bjerede: On some level, I found it really annoying initially. You had all these quests and all these unknown things, and it felt like work. I’ve got all these chores that haven’t been completed. But at the same time, it was just very compelling. Even though it was annoying at some level, it was just very hard to put down, very hard to quit playing. Eventually that feeling of annoyance went away, and it started to feel more like an adventure than a chore. 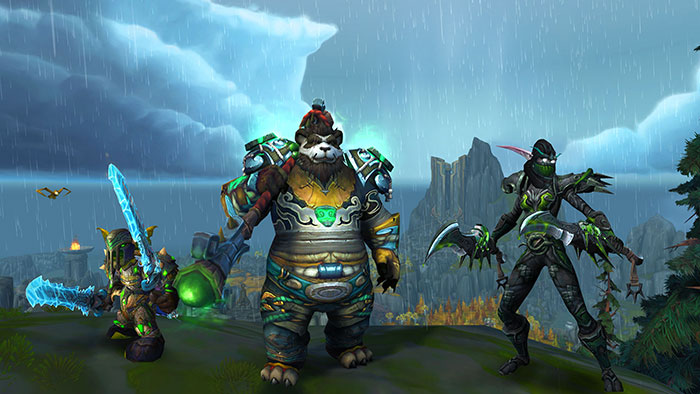 The other thing that really surprised me was how well it brought our family together and the kind of lessons we were able to teach our kids as part of doing this gaming thing together.

In your O’Reilly article, you mentioned “you will only be able to participate if the rest of the [guild] accepts you as a team member.” What does it take for someone to be accepted?

Bjerede: Well, it depends. Guilds are made out of people. Some are desperate for people; they’ll accept anyone. Some are elite competitive teams, and they will only accept you after you’ve proven yourself and you’ve had interviews and auditions and that kind of thing.

Everything in between, it really depends. In terms of being part of a raiding team inside of a guild, in order for a raiding team to be successful, everyone has to be able to perform to a certain level. A lot of people who play casually won’t meet that bar. They will join a low-level raiding team that doesn’t do a lot of progression. But if they want to participate in a high-level progression team, then they have to hone their skills to be able to do that, plus have the personality and team skills that keep everyone from hating them.

What does it take to prove yourself to the guild? What are they looking for?

Bjerede: They look at your statistics. World of Warcraft will keep track of statistics that will show how much damage you can do to a boss, or how much healing you can do for your colleagues. There are a lot of mechanics in these fights, which means as well as doing your fighting or healing, you also have to do a lot of moving, and moving in a certain direction and avoiding certain dangers and traps. If you’re not able to do that, then you get killed.

You compared the guild and raid structure in WoW to how a company works, with collaboration and promotion. You called it a “workplace simulator.” Can you say more about that?

Bjerede: When you’re in the workplace, the modern workplace, there are your skills, your job skills, and there are also all the other intangible skills. The job skills are table stakes; you can’t get hired without them. But the other skills are differentiators. Those are the ones that get you ahead. By being able to lead by influence, being able to work well with folks that have different personalities and different abilities. 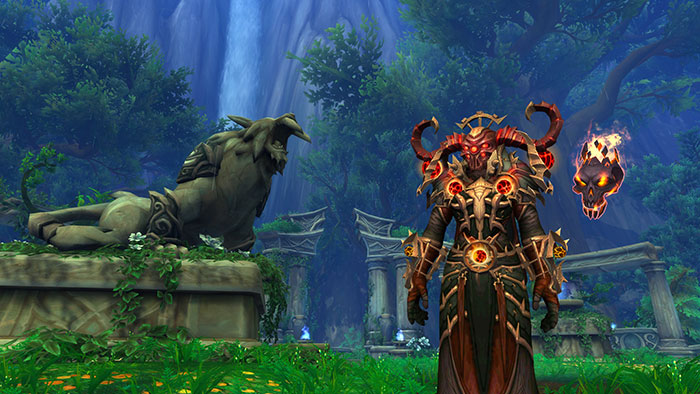 In World of Warcraft, the job skills are different. Any job skills you learn in WoW only apply to being good at World of Warcraft. But the people skills you learn apply in any situation. And because it’s similar to a workplace, with promotions and wanting to be part of the officers of the guild, in addition to being part of raids and the highest-level raids and so forth, there’s a lot of different paths to recognition. It turns out that the feelings that people have about those rewards are just as strong as the feelings people have about promotions at work. It’s not about being able to feed your family as much as it is about being accepted and being recognized.

You mentioned that guilds have a “healthy mix” of different types of people—grandparents, working adults, as well as younger people. Do you see advantages to that type of exposure?

Bjerede: Absolutely. They’re exposed to something that is analogous to a professional environment, from a very young age, and they can learn to navigate that environment with grace, with skill, and with good people skills.

What makes kids want to be involved with a guild in WoW if it’s such a time and energy commitment? What makes them not just see it as a workplace simulator and quit?

Bjerede: Because it is absolutely a challenge. It’s about being able to overcome challenges and obstacles and become good at something, and at the same it happens in a social environment with people you enjoy hanging out with.

It sounds like there’s a lot of internal satisfaction.

Bjerede: It’s definitely a great deal of intrinsic motivation there. 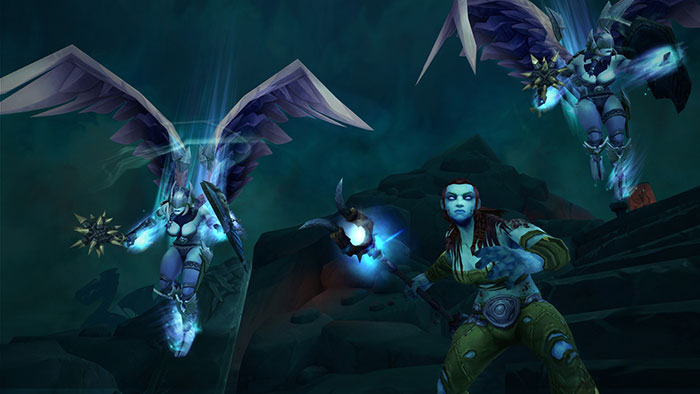 But for adults who want to find a challenge, extrinsic motivators really don’t hold much sway. In competent games like WoW, where it looks like you are extrinsically motivated because you want that better weapon or you want to get better armor or whatever it is, the reality is that that weapon and that armor serves two purposes. One, it demonstrates that you’ve got a level of gear that is elite … If it was easy to get, it wouldn’t count. It’s only because it’s actual proof of performance and having an achievement, and because that achievement means something, the reward is really a stand-in for that.

So it really is an intrinsic motivation, and part of that is then you get to brag about your accomplishment.

You mentioned that your role in WoW, in terms of guiding players, “involves real leadership skills development.” What does that mean to you?

Bjerede: It is literally like developing young engineers in the workplace. It involves pointing out to them that, yes, they could be on the advanced team, but they’re too harsh or people don’t really want to work with them. And so is that something they want to try to change, or is it something they’re okay with?

If it’s something they want to change, because you’re playing together, you have the opportunity to provide private immediate feedback, like, “Oh, when you said that, this person took it to mean this, which I don’t think was what you intended. It would have been better if you said something else instead, for instance.”

For the younger players who are willing to work with you and take that feedback, have they matured in ways that other kids their age haven’t?

Bjerede: Definitely. There’s a tone. It’s like when you learn to write in traditional styles and your tone changes and becomes more professional, their interactions with their peers become more professional, non-confrontational, collaborative … When you play with them, you get that feeling of this is a professional person. 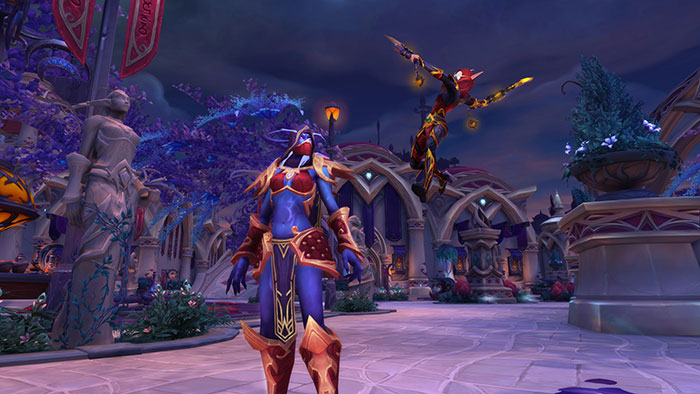 How could we learn from those environments like WoW and translate that into the education experience?

The trick is that, when you’re online, age does not discriminate you from taking a leadership role. Your leadership role depends entirely on your ability to lead by influence rather than by authority. In most cases, there aren’t a lot of people who have authority, but a lot of people in a guild, just like a workplace, help lead by influence. So if it’s possible to take that environment and apply it someplace where the job skills themselves are learning opportunities rather than gaming opportunities, it might be possible to start to get very authentic about these 21st-century skills.