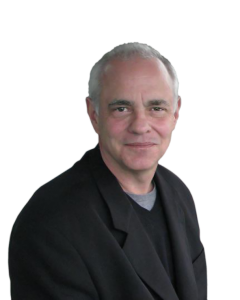 Jason Ohler opened his session at ISTE in San Antonio with some jokes — pun-filled fake news headlines on a slideshow set against music. Then his presentation shifted into the serious.

Ohler is a friend to technology. During his battle with pulmonary fibrosis, tech called a “lung in a box” kept him alive. But when he was at his sickest, the 40-year teaching veteran took a step back and looked at education in the big picture.

“You’re gonna hope that you were that interface between your students and the outside world, and that you did everything possible to facilitate them as they moved forward,” he said. “That’s all you’re going to think about.”

In his session “Four Big Technologies That’ll Change Everything” (based on his book Four Big Ideas for the Future), Ohler identified four main categories related to technology that are changing education at its core: “techxt” (think “tech” meets “text”), which demands new literacies; the art of storytelling; digital citizenship and character education; and “trends that bend,” or big-picture technologies.

What do those mean? Well, a lot. After Ohler retired from teaching, he decided he was an “anthropologist for the future,” in his terms. “I wanted to see the bigger picture,” he said. It’s easy for teachers to lose sight of that in the constant flood of new apps. “Along comes virtual reality, and they don’t know what to do.”

As soon as we’re talking about new technologies, the next instant they’re here. To prevent tech from becoming a threat, educators have to transform learning through digital creativity by understanding how to speak in the medium of augmented reality, according to Ohler. It’s a new age of literacy.

“Our survival depends upon our children having some sense of digital citizenship and character education in an era where they have routine access to technologies that make what we had look like child’s play,” he said.

Redefining digital citizenship for the future

Ohler identified five major trends in technology that are making digital citizenship and character education more important than ever.

“We want our students to understand that every technology they use connects and disconnects,” he said. He gave the example of the microwave. Before its invention, families gathered together to eat. Now that it’s possible for even a child to cook a frozen dinner, families don’t need to. Technology helps and hurts us. And with the internet, you can’t prevent children from going places, Ohler said.

The right way to handle it is by involving students in the conversation about digital citizenship guidelines. “You can punish them or you can bring them to the policy tables,” Ohler said. That’s what Sitka School District in Alaska did. Its students were more willing to follow the rules when they helped to make them. 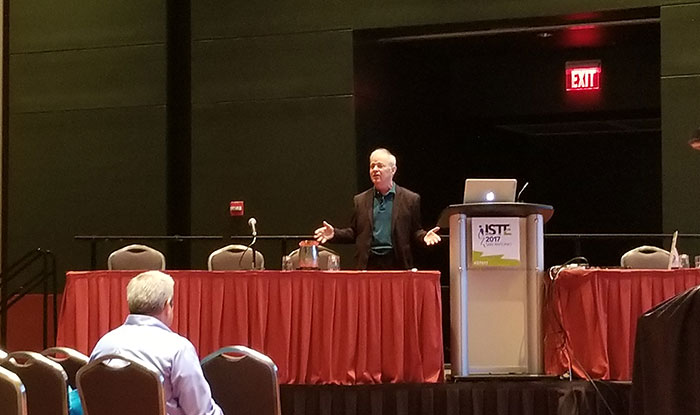 Here are the five big trends that Ohler identified:

The amount of data we’re creating in a single day is huge. And all that information on each one of us is being amassed by powerful algorithms and coming back to us as targeted Google and Facebook ads.

We’re collecting so much information that it’s going to lead to personalized learning plans for each student based on their online behavior and decisions, Ohler said. The problem is that it’s very invasive and doesn’t require parent permission, and there’s no telling where the data will end up. That’s why it’s important to know your school’s big data policy now, before that data spreads.

Our phones are always on. We’re always connected. “We all live two places at once. That’s the new reality,” said Ohler.

That’s where augmented reality — the layering of digital on top of the real world — comes into play. We’re already constantly straddling the physical world and the digital world. That’s why we need to foster awareness of how the world looks at students and also how they see themselves. Today, students need to develop and manage their identity twofold.

The semantic web provides a secondary meta search when you type something into Google, for example. It puts together a comprehensive report similar to a Wikipedia article rather than a simple list of the top 10 results. “The web is being rewritten right now,” Ohler said.

He added, “Everything you own will be stuck in a database.” Our reality is the internet of everything. It’s undeveloped real estate, according to Ohler. When your tire loses pressure, you find the nearest gas station by opening Google Maps.

In education, massive open online courses (MOOCs) are the next big thing, and so is artificial intelligence. Would you use an A.I. designed to correct student homework? That’s one example of the questions educators face.

“If we use a piece of technology that tries to be human and we can’t tell the difference, then it’s been successful,” Ohler said.

The Bring Your Own Device (BYOD) movement arose because schools could no longer afford to buy all the latest, constantly changing tech for students. Desktops gave way to laptops. Laptops became tablets or Chromebooks. It’s hard, financially, to keep up.

BYOD is about an individualized workspace. “We all want to take our electronic workspace with us wherever we go,” Ohler said. That’s now going to mean wearable tech and the “quantifiable self.” School IT departments will have to adapt.

Ohler ended his talk by circling back to storytelling. When we provide a narrative arc to lessons, students become significantly more engaged. We’re wired for story.

Today storytelling spans mediums and formats and uses various digital technologies. Heroes wasn’t just a TV show. It was a whole ecology. It was comic books, a LinkedIn page, a Twitter channel — and most importantly, a fanbase. Leveraging fan involvement is crucial. If it doesn’t spread, it’s dead, Ohler quoted.

That applies to student work, too. We’ve gone from words on a page to the media collage of video, augmented reality, virtual reality, QR codes, and so much more. Literacy now is all about consuming and producing the media forms of today. Critical thinking and creativity have combined into “creatical thinking,” Ohler said. 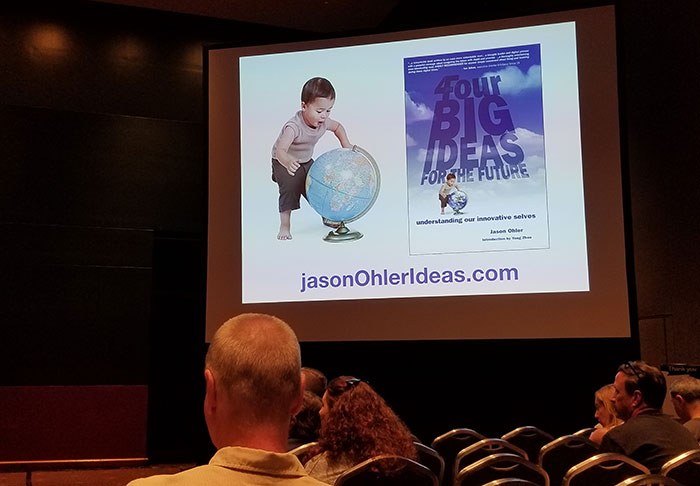 The future is here

We’re swimming in tons of information, Ohler said, connected by semantic web. We own whatever we’re experiencing by telling stories about it, and education will never be the same.

Now, “your attitude toward learning new stuff determines how smart you are,” Ohler said. That means the need for strong digital citizenship is greater than ever.