I recently had an interesting conversation (a borderline argument, to be honest) with a teacher. He found it absolutely baffling that we need to sell some school subjects to the students with games. In his opinion, subjects should be engaging enough on their own, and using games and other gimmicks to boost that status shows a lack of faith on the teacher’s part. I’m going to try and argue this notion is founded on a misunderstanding of how games work and make a case for using games in school.

This isn’t the first time I’ve heard the argument. The basic premise is that we use games as “chocolate-covered broccoli,” a way to sugarcoat what are often perceived as boring topics with a layer of game to make them enticing for the target audience. Sometimes, this does happen, and I agree; at worst, it’s of course a shortsighted solution to a complex problem of disillusionment with topics we’re trying to teach. The criticism can be justified if the game element is a superfluous, cosmetic addition to the topic itself. In worse cases, there’s a serious disconnect between the learning goals and the medium we’re using. 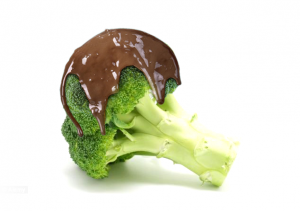 To illustrate the point, let’s design a really bad, hypothetical game for teaching equations. In our game, you’re a daring explorer, uncovering the secrets of the pyramids. On your way to a pharaoh’s tomb, you encounter traps. At each trap, a pressure plate or a trap floor, you’re presented a quadratic equation that you need to solve. If you manage to solve the equation in the given time, your hero avoids the trap and continues their adventure. If they fail, the trap is sprung and they have to start all over again. In this example, the math problems have nothing to do with the gameplay and might even make the students resent the math element as it disturbs the gameplay. These types of games are probably one source of anxiety for the teacher I was chatting with. Egenfeldt-Nielsen dubbed these kinds of games as edutainment, the first generation of educational games. They are characterized by little intrinsic motivation toward learning and a lack of integrated learning experience.

Let’s do another one: NASA, among others, has been at it for years, trying to demonstrate how the complex math problems we tackle in school have real-life applications. The quadratic equations mentioned in the previous examples can be used to predict and design intersection points on space flights. These applications can also be demonstrated in games. For instance, in KerbalEdu, players design, construct, and fly their own rockets. The game adheres to the same principles as the NASA calculations, but it also makes the whole process interactive, giving the players the reins in constructing and piloting the rockets. What’s more, you can do the exact same equations as you would with pencil and paper, only this time there’s an actual context to the math problem. 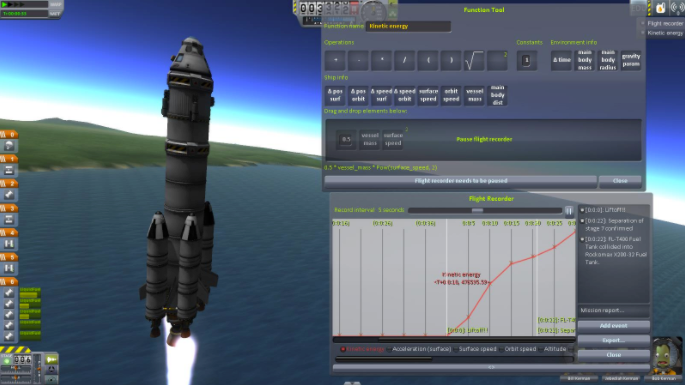 The misunderstanding behind the argument lies in the difference between the two cases. Both approaches recognize the engagement value of games, but there’s a stark contrast in how it is utilized. The pyramid-maths example relies on the extrinsic motivation that playing games provides. It’s like telling your children if they finish their homework, they can have ice cream. The latter example actually shows that maths can be useful in the context of the game: You might be able to fly a rocket to the moon without doing the maths, but it’s much more likely to happen if you understand why your sixteenth attempt failed. This appeals more to a sense of intrinsic motivation.

Let’s return to sugar-coating vegetables for a while. When people discard games as superfluous tricks, I imagine they have a pure form of their subject in their heads: honest maths scribbled with a pencil on paper, real geography with a globe or a map on the wall, or proper history from dusty tomes. However, as we know, subjects don’t exist in isolation. We learn math to solve real-world issues, whether it’s doing your personal finances or solving engineering problems in your work. Geography helps us understand the diversity of the planet we live on. History (hopefully) teaches us about our past and helps us make the right decisions in the future. We see them as means to an end.

From a 9 year old’s point of view, doing your taxes might seem a bit far off. What if the maths you’re teaching could be put to use in their favorite game? If you’re learning about area or volume, you can use it to calculate how many blocks you need in your Minecraft fortress. If it’s the quadratic equations, you can put them to use to calculate the trajectories of your spaceships. From a mathematics point of view, this should be as valid a use as solving a problem in an exercise book. Heck, this is even better. This way, the student has an internal motivation to learn the concept.

Games and gamification have an enormous potential in engaging students in real, useful skills. However, if we use them as magic tricks to grab students’ attention, the effect will quickly wear off. If we treat games as a carrot on a stick, they’ll quickly become one. The key to this argument is understanding what motivates people to pick up games for hours, learning complex systems voluntarily. If you don’t consider yourself a gamer, it wouldn’t hurt to pick up a game sometime, or join someone who does. With magic, it takes a keen eye to recognize the cheap tricks from true magic. The same goes true for games!