This fall, Apple will release a new iPad app that teaches everyone—from kids to adults—how to code in its popular programming language, Swift.

The Swifts Playgrounds app teaches the fundamental concepts of programming, such as commands, functions, loops, and algorithms, using its two-year-old Swift. The programming language is designed to simplify coding without sacrificing advantages like speed and power, and it’s become increasingly popular as a way to program for the iPhone and iPad … on the iPad. Through Playgrounds, players learn how to program with real code, not with visual metaphors such as in Scratch and other programs. 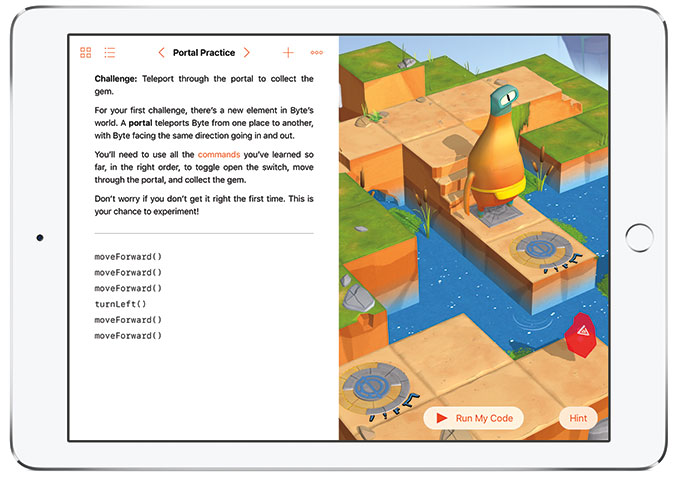 For kids, the appeal is making the app’s mascot creature “Byte” move, leap, flip switches, and more in his virtual “playground” (where the app’s name comes from). And since the app is on the iPad, kids will learn coding with a touch-screen device (which they’re already nabbing from mom and dad and playing with) rather than a keyboard, which may be less familiar to younger children. They can program their playground and see the results (and errors) instantly.

The Playgrounds app is also useful to coders with more experience. Since the feedback is visual, you can write and test snippets of code in Playgrounds to make sure they work before pushing them to a larger project.