Article republished with permission from Brave in the Attempt. This post is based on the keynote presented by Constance Steinkuehler, a professor at the University of California at Irvine, at the Games for Change 2017 festival in New York, where she outlined 10 important facts about games and learning. 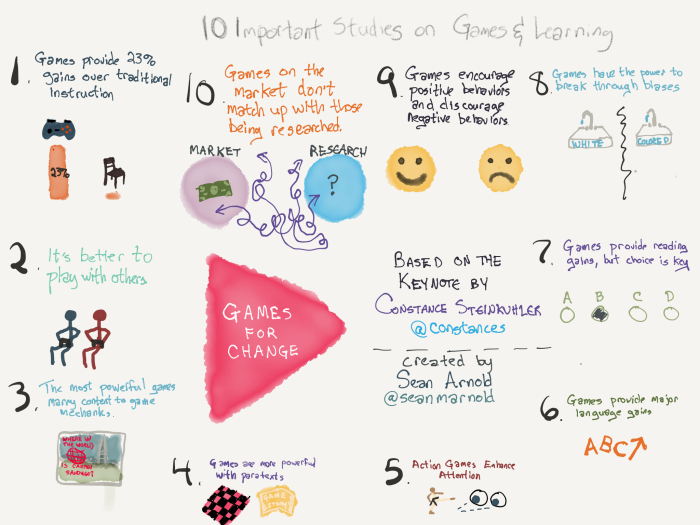 2) Co-play is better. A study on motivation shows that when kids play together, outcomes are improved by two standard deviations. 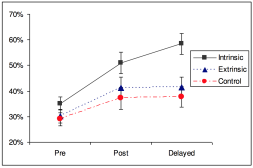 3) Content should be married to game mechanics. A great 2011 study shows that games are powerful motivators, but they function better when the learning is the playful part and not just a side note. (See my discussions about what makes a good game and intrinsic vs. extrinsic motivation for more information.)

4) Games are more powerful combined with paratexts. A 2011 examination of simulation games shows that the text surrounding games, when combined with the game, aids in improving student outcomes more than the game alone.

5) Action games enhance attentional control. A 2012 study demonstrates that games are even effective at training us how to learn and shape our attention.

6) Games are great for language gains. The research even showed that the language acquisition didn’t even require that the game was a language game.

7) Reading gains are inherent to gaming, but choice is a key factor. If students were allowed choice in their in-game reading, the impact was more powerful than the game alone, according to Steinkuehler’s own research.

10) Games in research don’t reflect games in the market. Sadly, a forthcoming study shows that game makers and game researchers often have a disconnect in studying what is being created and creating what studies show is best. We can do better.